Where a Vaccination Campaign Faces Skepticism, War and Corruption 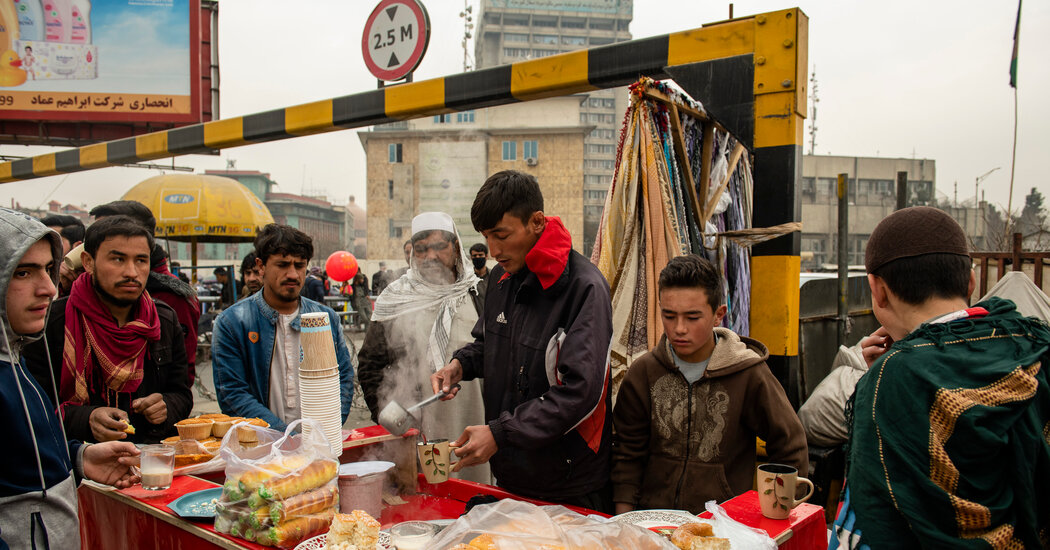 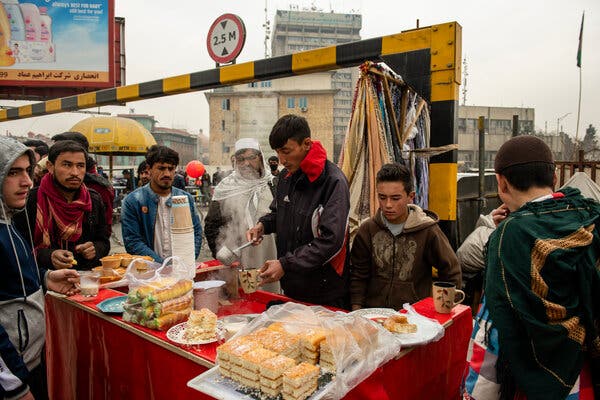 KABUL, Afghanistan — Afghanistan, whose citizens have largely brushed aside the coronavirus pandemic as exaggerated or an outright hoax, is now preparing to distribute its first batch of vaccines.

A half-million doses of the AstraZeneca-Oxford vaccine, produced by an Indian manufacturer, were delivered to the capital, Kabul, by India on Feb. 7. But the arrival was greeted with indifference by many Afghans, who have rebuffed government warnings that the virus is a deadly public health threat.

The cheap and easy-to-store AstraZeneca-Oxford vaccine is being delivered as part of the Covax program, a worldwide initiative to buy and distribute vaccines to poor countries for free or at a reduced cost. On Feb. 15, the World Health Organization authorized use of the vaccine, which requires two doses per person, clearing the path for Afghanistan to begin its inoculation campaign.

Global trials have found that the vaccine offered complete protection against severe disease and death. But its efficacy against the virus variant first seen in South Africa is in question, after the vaccine failed in a small trial to prevent study participants from getting mild or moderate Covid cases.

The vaccine arrives as Afghanistan is fighting off a second deadly wave, even as most Afghans go about their daily lives as if the virus never existed. Many people refuse to wear masks and cluster in dense crowds inside bazaars, supermarkets, restaurants and mosques, oblivious to ubiquitous public health posters.

In an impoverished nation battered by war, hunger, poverty and drought, an invisible virus is considered fake, or an afterthought.

“Of course I won’t take the vaccine because I don’t believe in the existence of the coronavirus,” said Muhibullah Armani, 30, a taxi driver in the southern city of Kandahar.

Expressing a sentiment shared by many Afghans, Mr. Armani added, “When I see people covering their mouth and nose, afraid of Covid, it makes me laugh at them.”

And even among Afghans who believe the virus is real and want to be inoculated, there is little faith that the government, mired in pervasive corruption, will equitably distribute limited vaccine supplies.

Nizamuddin, a tribal elder in a Taliban-controlled district in Faryab Province in northern Afghanistan, said he feared the vaccine would be appropriated by well-connected politicians and warlords.

“It is common in Afghanistan for even food aid to be stolen by corrupt people,” said Mr. Nizamuddin, who like many Afghans goes by one name.

The Attorney General’s Office said Thursday that 74 government officials from five provinces had been charged with embezzling coronavirus response funds. Among those charged were former provincial governors and deputy governors.

“This malfeasance costs Afghan citizens not just financially, but in delayed access to potentially lifesaving medical care,” the United States Embassy said in a statement. But for many Afghans, the vaccine is a solution to a problem that doesn’t exist.

As the vaccination program got underway Tuesday, the first dose was administered at the presidential palace in Kabul to Anisa Shaheed, a television reporter who has covered the pandemic.

Distributing any vaccine in a desperately poor nation consumed by unrest is a daunting logistical challenge. In addition to overcoming public suspicions and traversing dangerous territories, the Ministry of Public Health must also navigate vaccine delivery in remote provinces with poor roads and primitive infrastructure.

The pandemic has prompted a rise in polio cases in Afghanistan because it has made it more difficult for polio teams to reach outlying areas, said Dr. Osman Tahiri, the public affairs adviser for the health ministry, which reported 56 polio cases in 2020, up from 29 in 2019.

But equally worrying are the 305 cases of a variant of polio in Afghanistan in 2020, versus zero such cases reported in 2019, said Merjan Rasekh, head of public awareness for the ministry’s polio eradication program.

Mr. Rasekh attributed much of the increase in the variant polio cases to Afghan refugees returning from neighboring Pakistan, which has also struggled to eradicate polio. The W.H.O. is expected to grant emergency approval by year’s end for a vaccine against the variant.

While contending with a rise of polio cases, Dr. Tahiri said health workers would try to distribute the coronavirus vaccine even in Taliban-controlled areas where the militants have permitted government-run clinics. The Taliban have mounted public health programs warning of the pandemic and have distributed personal protection equipment while allowing government health workers into their areas.

But Dr. Tahiri conceded that vaccination teams will not be able to reach broad swaths of the country where fighting is heaviest between the Taliban and government forces.

The first doses will go to health workers and security officials “who are at risk and working in crowded places,” Dr. Tahiri said, though there is not yet enough vaccine for everyone in this category. Journalists would also be eligible to apply to receive the vaccine, he added.

Afghanistan has recorded more than 55,000 coronavirus cases and nearly 2,500 Covid-related deaths, according to the Ministry of Public Health.

But because of limited testing and an inadequate public health system, experts say the actual number of cases and deaths is exponentially higher. A W.H.O. model estimated in May that more than half of Afghanistan’s estimated 34 million people could become infected. The Ministry of Public Health estimated last fall that more than 10 million Afghans may have contracted the virus.

Regardless of whether Afghans believe the virus is real, there is an abiding faith that Allah determines a believer’s fate.

Ahmad Shah Ahmadi, a resident of Khost Province, said there is no need to take the vaccine. “Infidels don’t believe in God, and that’s why they fear the coronavirus. For Muslims, there is little danger,” he said.

But Imam Nazar, 46, a farmer in Kunduz Province, said most residents of his village believe the virus is real because several villagers have died of Covid-19. He said he and other villagers were eager to get the vaccine but doubted that it would reach their remote town.

In an impoverished nation battered by war, hunger, poverty and drought, an invisible virus is considered fake, or an afterthought.

“Of course I won’t take the vaccine because I don’t believe in the existence of the coronavirus,” said Muhibullah Armani, 30, a taxi driver in the southern city of Kandahar.

Expressing a sentiment shared by many Afghans, Mr. Armani added, “When I see people covering their mouth and nose, afraid of Covid, it makes me laugh at them.” 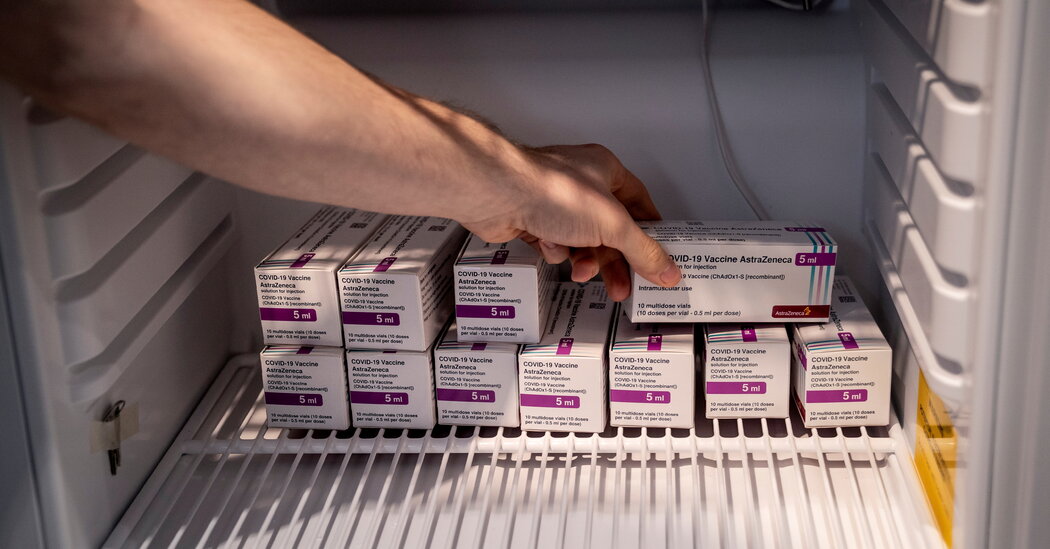