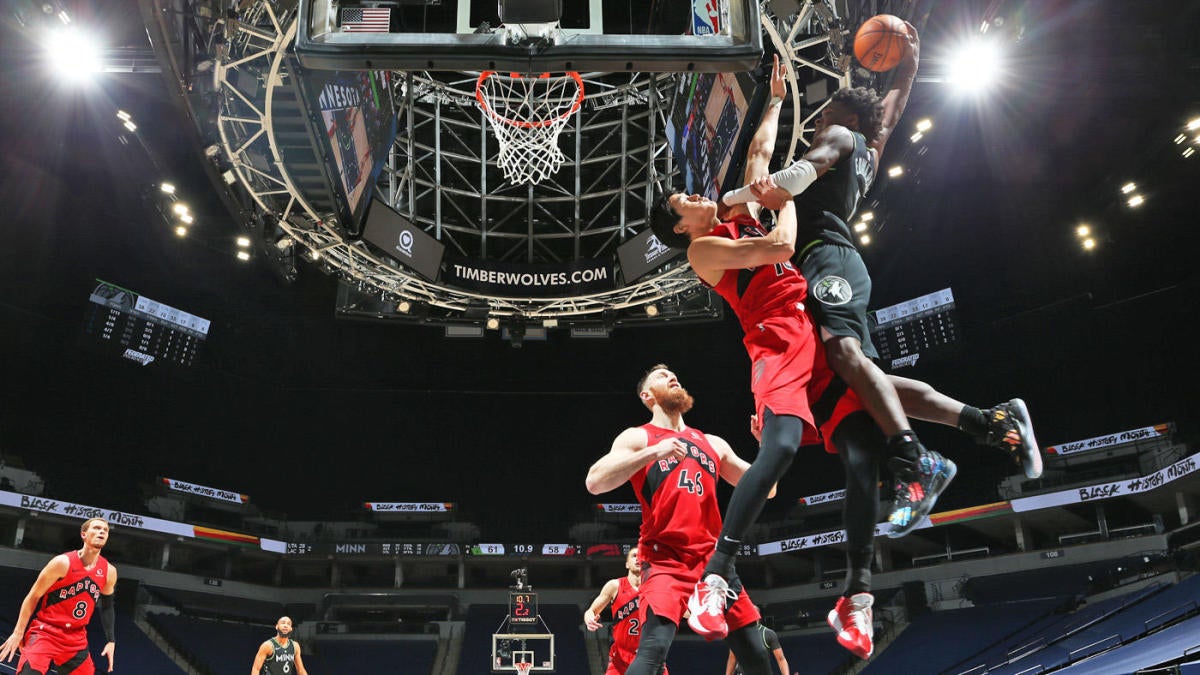 Anthony Edwards may be having an up-and-down rookie season, but on a lottery team that can weather the mistakes, the highs of his first year in the NBA have been something to behold. On Friday, he gave us his best highlight yet.

It came with the final seconds ticking off of the third quarter clock. With the Timberwolves leading 61-58 over the Toronto Raptors, DeAndre Bembry stumbled as Edwards caught a pass on the wing. With a clear runway to the basket, Edwards attacked, took to the sky, met Yuta Watanabe at the rim, and, well… this happened.

It’s what happens when you combine an athlete worthy of a No. 1 overall selection with a clear path to the hoop and a defense that lacks a rim-protector. All of the ingredients for an all-time poster were in place, and Edwards delivered.

It was just about the only time Edwards delivered in the game, as he shot 3-of-14 from the field in a seven-point night. He’s had plenty of similar evenings, as he shot below 35 percent from the field in his first 16 games. He’d seemingly righted the ship in averaging 20 points per game across his last six games, but nights like this are inevitable among rookies. Rarely are they consistent contributors to winning.

A positive rookie year is usually one that features flashes of greatness. This was one of them. Edwards is a rare athlete and scorer, and every now and then, that is going to yield moments like this one.