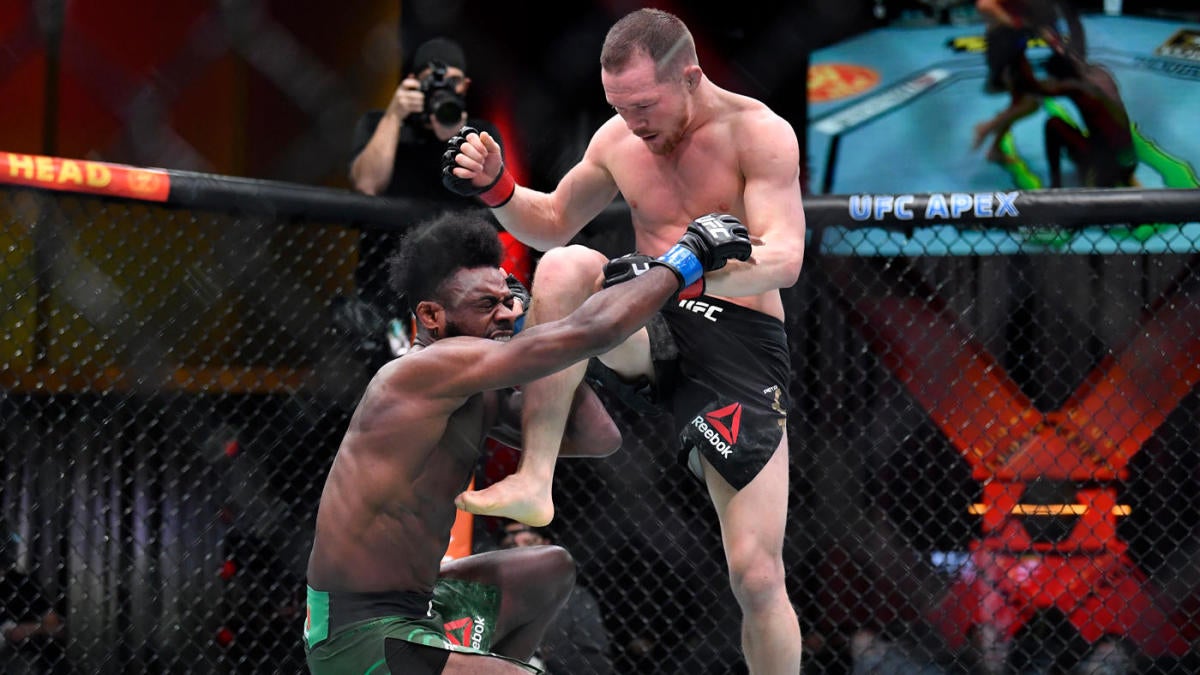 Aljamain Sterling is the new UFC bantamweight champion of the world, and it happened in one of the most unimaginable ways possible. Sterling defeated defending champion Petr Yan via disqualification after an illegal knee in the fourth round at UFC 259 in Las Vegas. The result was not satisfactory, even to the winner after plenty of entertaining action.

Sterling came out of the gate fast, pressuring with strikes and takedown attempts from the opening bell. As Sterling continued pressuring, Yan patiently waited for openings that would come as the fight wore on. Yan showcased some impressive grappling skills, with many expecting that Sterling would be the stiffest test the champion had ever faced in the grappling arena.

The finish came in the fourth round, with Sterling having clearly tired and Yan coming on strong, landing the harder strikes and winning what few meaningful grappling exchanges there were. As Sterling was attempting to score a takedown, he was stuck on the ground and considered down with a knee touching the mat. Yan then let loose a blatantly illegal knee, crushing Sterling to the face and knocking him to the mat despite referee Mark Smith telling Yan that Sterling was a “downed fighter.”

That is it. #UFC259 pic.twitter.com/xEyNYSkl9C

After Sterling was checked by the referee and the doctor, he was determined to not be capable of continuing. As the foul was deemed intentional, Sterling was awarded the disqualification victory, and the bantamweight championship.

The new champ was highly emotional after the decision, weeping on the mat before the decision was announced, and again after being awarded the belt. Before leaving the Octagon, Sterling removed the championship belt from his waist and dropped it on the canvas.

“Everything I worked for, man, to this point? To have the fight go like that?” Sterling said after the fight. “I thought the fight was very close and thought I was down two rounds. That’s not the way I wanted to win. I threw the belt down, man. I tried to continue, but I was in bad shape. It would have just been ego trying to go on.”

Sterling is the first fighter in UFC history to win a championship via disqualification.

Adding some extra intrigue to the ending, despite Yan seeming to have established himself as the man with the momentum, Sterling was ahead 29-28 on one of the official scorecards after three rounds. Yan was up 29-28 on the other two. The fight, prior to the stoppage, was still very much up for grabs.

During the UFC broadcast, newly retired UFC lightweight champion Khabib Nurmagomedov said that one of Yan’s cornermen, speaking Russian, told Yan to throw the knee, at which point the fighter unleashed the illegal blow.