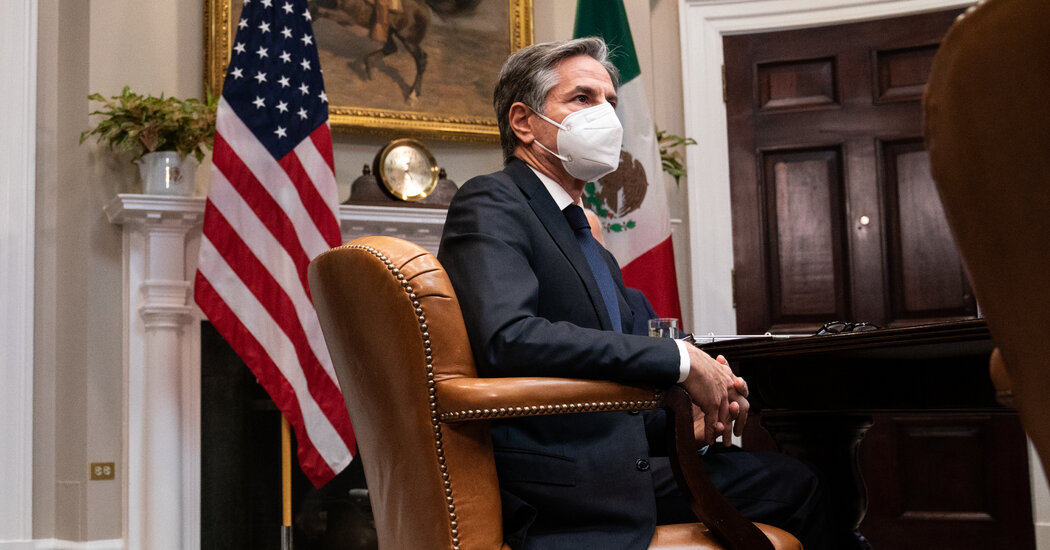 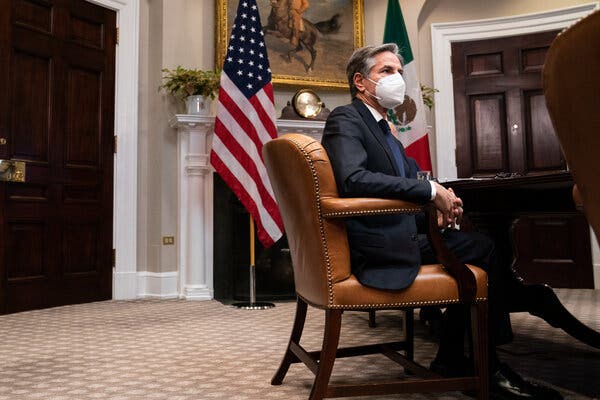 Secretary of State Antony J. Blinken has proposed a United Nations-led peace conference in Turkey aimed at forming an inclusive Afghan government with the Taliban and establishing a three-month reduction in violence leading to a cease-fire.

In a letter to President Ashraf Ghani of Afghanistan requesting his “urgent leadership,” Mr. Blinken signaled that the Biden administration had lost faith in faltering negotiations between Mr. Ghani’s government and the Taliban. The unusually blunt letter, in which Mr. Blinken asked Mr. Ghani to “understand the urgency of my tone,” reflected American frustration with the Afghan president’s often intransigent stance in stalled peace talks.

The existence of the letter was confirmed by a U.S. official in Washington and the Afghan government.

Negotiations between the Afghan government and the Taliban began in September as part of a February 2020 agreement between the militants and the United States. But the talks have faltered over issues like a prisoner exchange and reductions in violence.

Mr. Blinken wrote that the United States had not decided whether to withdraw the remaining 2,500 American troops from Afghanistan by May 1, as outlined in its agreement with the Taliban. He expressed concern that “the security situation will worsen and that the Taliban could make rapid territorial gains” following a U.S. withdrawal.

The State Department declined to comment on the letter but said in a statement that “all options remain in the table” regarding the withdrawal of American troops.

“We have not made any decisions about our force posture in Afghanistan after May 1,” the statement said.

A pullout would create enormous security challenges for Mr. Ghani’s government and its overburdened security forces.

The United Nations-led conference in Turkey would include envoys from the United States, China, Russia, Pakistan, Iran and India “to discuss a unified approach to supporting peace in Afghanistan,” Mr. Blinken wrote.

The existence of the letter was reported after Zalmay Khalilzad, the American peace envoy, delivered an outline of U.S. policy options to Mr. Ghani’s government and Taliban negotiators last week. The proposals, intended to reinvigorate the stalled peace negotiations, included a road map for a future Afghan government with Taliban representation, a revised Afghan constitution using the current one as an “initial template” and terms for a permanent and comprehensive cease-fire.

The New York Times obtained a copy of the proposals, dated Feb. 28, which Afghan officials confirmed were delivered by Mr. Khalilzad last week.

Significantly, the proposals called for national elections after the establishment of a “transitional peace government of Afghanistan.” The Taliban have opposed elections, dismissing them as Western interference.

The proposals also include guaranteed rights for women and for religious and ethnic minorities, and protections for a free press. The Taliban violently suppressed women and minorities and did not permit independent news media when the group led Afghanistan from 1996 to 2001.

Taliban negotiators have said they support women’s rights within the strictures of Islamic law — the same strictures the militants cited to ban women from schools and workplaces.

The outline presented by Mr. Khalilzad proposed a High Council for Islamic Jurisprudence to advise an independent judiciary to resolve conflicts over the interpretation of Islamic law. The proposals recognized Islam as the country’s official religion and acknowledged the importance of “Islamic values” in a future Afghan state.

The outline proposed that the government and the Taliban each name seven members to the High Council, with a 15th member appointed by the Afghan president. Similar arrangements were proposed for a commission to prepare a revised constitution and for a Joint Cease-fire Monitoring and Implementation Commission.

The proposals also called for the Taliban to remove “their military structures and officers from neighboring countries.” Pakistan has provided a sanctuary for Taliban commanders and fighters crossing back and forth into Afghanistan and has permitted the militants to maintain a political council in the country.

Both Pakistan and the Taliban are unlikely to agree to such a proposal.

An introduction to the document said it “sets forth principles for governance, security, and rule of law and presents options for power sharing that could help the two sides reach a political settlement that ends the war.”

The Biden administration has said the Taliban have not lived up to their commitments to reduce violence and to cut ties with extremist groups like Al Qaeda and the Islamic State. But Washington has also grown impatient with Mr. Ghani, who has refused to consider an interim government that would almost certainly end his second five-year term as president.

Violence has escalated in Afghanistan over the past year, with persistent Taliban territorial gains and attacks on beleaguered government forces. Mr. Ghani’s government has blamed the Taliban for a series of targeted assassinations of government officials and supporters, security force members and their families, civil society advocates and journalists.

The Taliban have used the violence as leverage in the peace talks in Doha, Qatar, dragging out negotiations while awaiting a decision by President Biden on the May 1 troop withdrawal.

Mr. Blinken’s letter expressed impatience with the pace of negotiations, saying the United States intended “to move matters more fundamentally and quickly toward a settlement and a permanent and comprehensive cease-fire.”

Asfandyar Mir, an analyst at the Center for International Security and Cooperation at Stanford University, said the Biden policy outlined in Mr. Blinken’s letter was “focused, aggressive, ambitious in scope, but also comes with enormous risks.”

He added: “It has far too many moving parts, and time is not on the side of the administration, so it can fail. There might be pushback from some U.S. allies,” particularly since “the Taliban has shown limited interest in meaningful engagement.”

Mr. Mir said the letter indicated that the Biden administration sees Mr. Ghani as an impediment to peace. “It is in no mood to indulge his parochialism,” he said.

Mr. Blinken’s letter, first reported by the independent channel TOLO News in Kabul, said the proposed three-month reduction in violence was intended to forestall a widely anticipated spring offensive by the Taliban while giving negotiations a chance at a fresh start.

“I urge you to strongly consider the proposal,” the secretary told Mr. Ghani.

Mr. Blinken has previously indicated that American troops would not remain in Afghanistan indefinitely. Many analysts say Afghan security forces, already hollowed out by high casualty and desertion rates, would be hard pressed to hold off the Taliban without the presence of American troops — even if Washington and coalition allies continued to provide financial aid and military hardware.

“I must also make clear to you, Mr. President, that as our policy process continues in Washington, the United States has not ruled out any option,” Mr. Blinken wrote.

Adam Weinstein, research fellow for the Middle East at the Quincy Institute for Responsible Statecraft and a veteran of the war in Afghanistan, said the Biden administration considered Mr. Ghani both a necessary partner and a roadblock to a peace agreement.

“This letter sends a strong message to Ghani to play ball or get out of the way,” he said.

The State Department declined to comment on the letter but said in a statement that “all options remain in the table” regarding the withdrawal of American troops.

“We have not made any decisions about our force posture in Afghanistan after May 1,” the statement said.