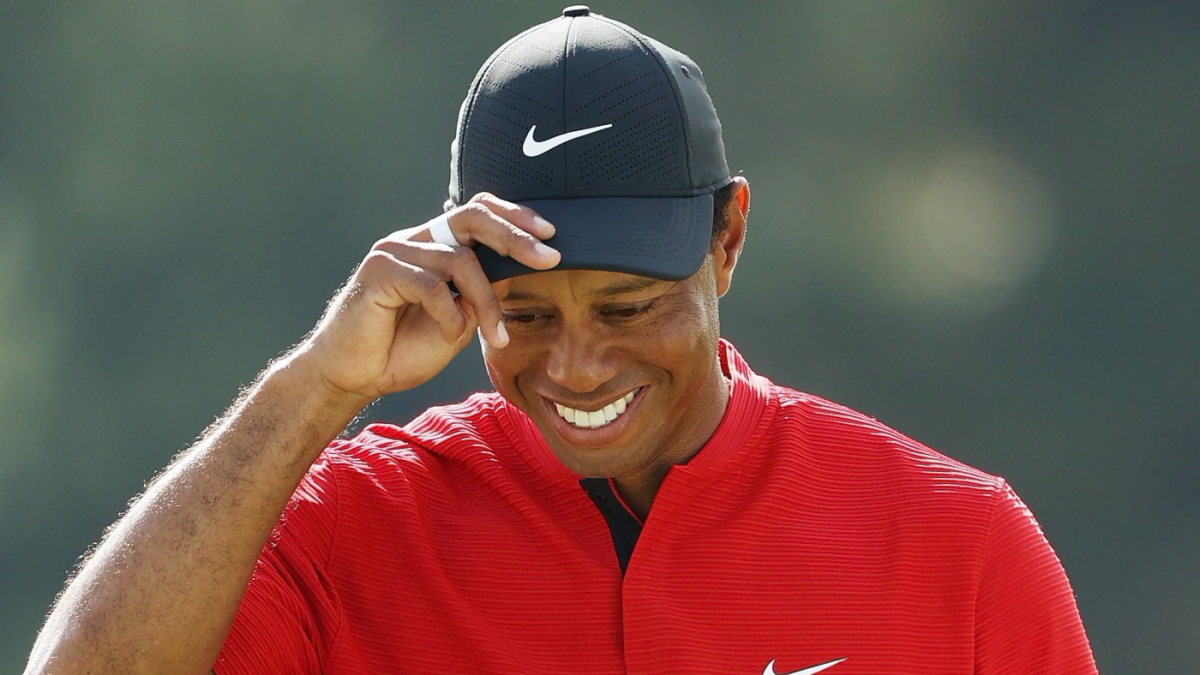 Tiger Woods played host instead of participating in the Genesis Invitational this year because of a back operation he underwent in December that has him on the shelf for the time being. However, he did join Jim Nantz in the booth on CBS Sports during the final round at Riviera Country Club to discuss what his future looks like.

Woods was on site because his foundation hosts the event, which is one of the seven-oldest tournaments in PGA Tour history. Though Woods has never won, Riviera is where he made his PGA Tour debut back in 1992.

#TigerTuesdays
Sixteen years old, warming up on the range at Riviera. pic.twitter.com/1mesvdR6nO

“I’m feeling fine. I’m feeling fine,” he told Nantz. “I’m a little bit stiff. I have one more MRI scheduled … then I can start doing more activities. Still in the gym. Still doing the mundane stuff you have to do for rehab, the little things before I can start gravitating toward something a little more.”

Interestingly, he said he lengthened his putter because of his back, hoping it will allow him to practice more pain-free. “It helped,” he said of the move to change the size of one of the most famous clubs in the history of the game.

When talk turned — as it always does — to the Masters, which starts in just seven weeks, Woods was noncommittal, but did not seem super optimistic about his chances to play at a place where he won just two years ago.

“God, I hope [I’m there in the final round on Sunday],” he said. “I have to get there first. A lot of it is based on my surgeons, doctors and therapists. Making sure I do it correctly. This is the only back I have. I don’t have much more wiggle room left there. I don’t know what the plan is. The plan right now is to get the MRI … and then we start progressing.”

Woods underwent a microdiscectomy procedure to remove a pressurized disc fragment in his back following the PNC Championship, which he played with his son Charlie in December. It is not unexpected for spinal fusion surgeries to result in more surgeries down the road (like the one Woods had in December). His original spinal fusion surgery happened in April 2017, and this was the first follow-up after that big one.

You could hear in Tiger’s voice (and words) that there’s probably not a lot of surgeries or work left before he has to think about prioritizing way of life over golf itself, which is, of course, a sad thing. But it also makes you appreciate the fact that he won the Masters just 24 months after having his spine fused together and, against all odds, reached 82 PGA Tour wins, a number that will never be touched again.