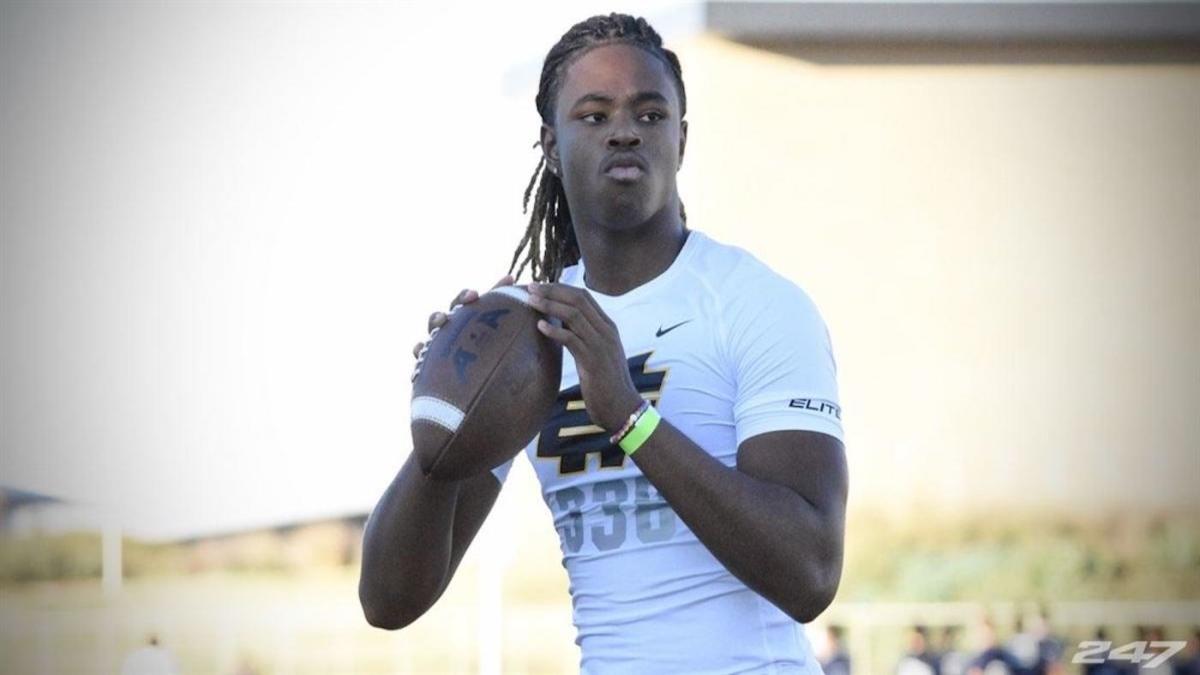 First-year Texas football coach Steve Sarkisian made his first big splash on the recruiting trail Saturday, securing a commitment from five-star Class of 2022 quarterback Maalik Murphy. Murphy committed to the Longhorns over a long list of suitors that included Alabama, UCLA, Oregon and Auburn. It’s Sarkisian’s first five-star pledge at Texas since he took over the gig last month and a foundational piece for the program to build upon in his first full recruiting cycle.

Murphy’s commitment plugs a hole at a position of need after five-star quarterback prospect Quinn Ewers, ranked as the No. 1 overall prospect in the 2022 class, backed away from his Texas commitment last fall and later committed to Ohio State. He ranks 30th in the 247Sports Composite and second nationally among all pro-style prospects.

A big-bodied quarterback with a strong arm, Murphy first jumped on Texas’ radar when former coach Tom Herman and his staff extended him a scholarship in 2019. But when Sarkisian took the reins last month, it appears they made it a priority to engage Murphy, which paid off in a hurry.

“I think he’s the perfect coach to prepare me for the next level,” Murphy told 247Sports. “He’s a Cali guy and someone I’m really comfortable with. I look at what he’s done in the past and how he develops quarterbacks and I think he can help me reach my goals, which are to play in the NFL. I love his offense and think I fit in really well with what he wants to do scheme wise.”

The 2022 commitment class for Texas remains thin given the cycle just started in earnest and that Sarkisian is really just getting his sea legs under him. But with Murphy in the fold, the class ranks top 10 nationally and second among all Big 12 teams behind Oklahoma. More importantly, Murphy, a California native, could have Sarkisian really tap into his west coast ties, which could help attract other targets from the region.

“I think Texas has everything in place to make a run,” Murphy added. “They can recruit nationally and I’m already seeing that with some of the guys I’ve been talking with. There’s a ton of talent right there in Texas but they can go out and recruit players from all over the country and that’s really exciting for me.”