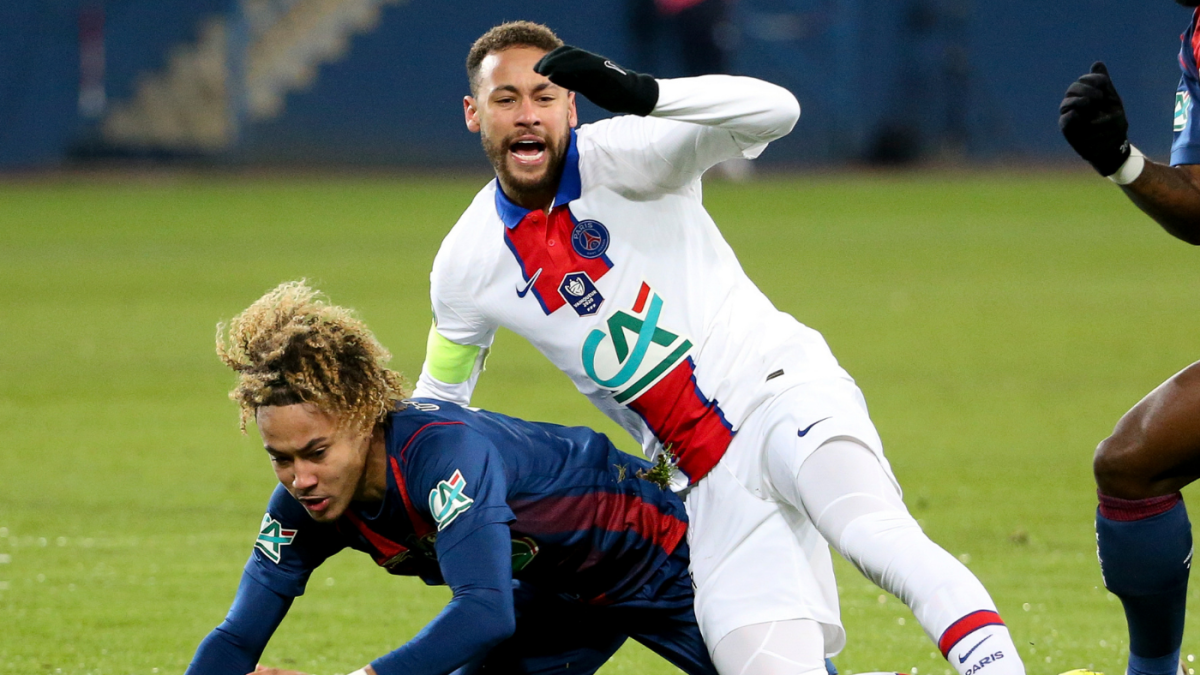 Paris Saint-Germain have confirmed that Neymar will miss around a month of action after injuring his left adductor in the 1-0 Coupe de France win away at SM Caen on Wednesday. Neymar will miss at least the first leg of the UEFA Champions League clash with Barcelona. He could also be sidelined for the second leg of the tie on March 10.

The Brazil international immediately marched down the tunnel after being substituted during the second half and tests since have shown sufficient damage to miss almost a month of action with the Ligue 1 giants.

“Neymar JR suffered a lesion to the left adductor on Wednesday evening,” read PSG’s official medical update. “After analysis of clinical exams and scans, it is expected that he’ll be out for around 4 weeks depending on the evolution of the injury.”

Neymar, who recently turned 29 and is expected to extend his contract at Parc des Princes soon, will therefore miss at least one of the two reunions with his former club with PSG travelling to Camp Nou next week.

This is a further blow to head coach Mauricio Pochettino after the Argentine admitted that Angel Di Maria is already a major doubt for the clash after picking up an injury against Olympique de Marseille.

PSG coach Mauricio Pochettino: “It is difficult to say. We will see with the medical staff. It is hard to predict. I need more information. It is an adductor issue.” #SMCPSG #CdF https://t.co/jTcZAqJO5v

Since Joining PSG for $269 million in 2017, Neymar has missed three of six UCL round of 16 clashes with Les Parisiens only advancing last season — when he was fit enough to play in both legs against Borussia Dortmund and score.