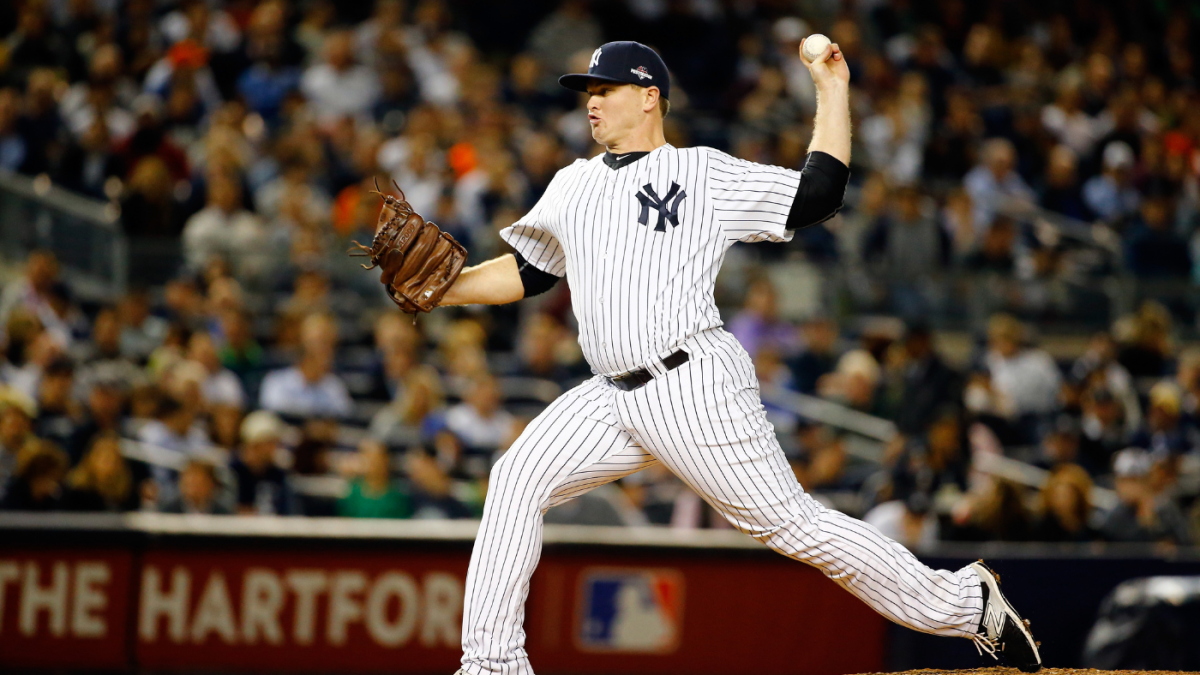 The Yankees have signed left-handed reliever Justin Wilson, per Sweeny Murti of WFAN.

Wilson, 33, spent the last two seasons with the Mets. In 68 appearances in Queens, he posted a 2.91 ERA (143 ERA+) and a 2.39 strikeout-to-walk ratio. Wilson, who pitched for the Yankees in 2015, relies primarily on two pitches: a mid-90s fastball and a cutter, a combination that has allowed him to suppress quality contact the past few years.

Wilson is the second notable addition the Yankees have made to their bullpen recently, joining right-hander Darren O’Day, whom the Yankees signed after moving Adam Ottavino in a trade with the Red Sox.

The Minnesota Twins have signed veteran starter Matt Shoemaker to a one-year, $2 million deal, according to ESPN’s Jeff Passan. The deal is pending a physical and allows Shoemaker to earn another $250,000 in performance bonuses, Passan adds.

Shoemaker, 34, could figure into the Twins rotation as a back-end starter. He’ll be facing competition from right-hander Randy Dobnak and lefty Devin Smeltzer for the No. 5 spot. In 2020, Shoemaker started six games (28 2/3 IP) and recorded a 4.71 ERA (94 ERA+) with 26 strikeouts and nine walks for Toronto.

Over Shoemaker’s last three seasons, he owns a 3.77 ERA to go along with a 23.5 percent strikeout rate and 7.9 percent walk rate in 88 1/3 innings in 18 starts. But, injuries (he’s already undergone surgeries for his forearm and knee) could keep him out of the rotation in 2021. He’s been limited to just six starts per year in the last three. The last time he reached 15 starts in a season came in 2016 with the Angels. The Twins also added free-agent left-hander J.A. Happ to their rotation this winter.