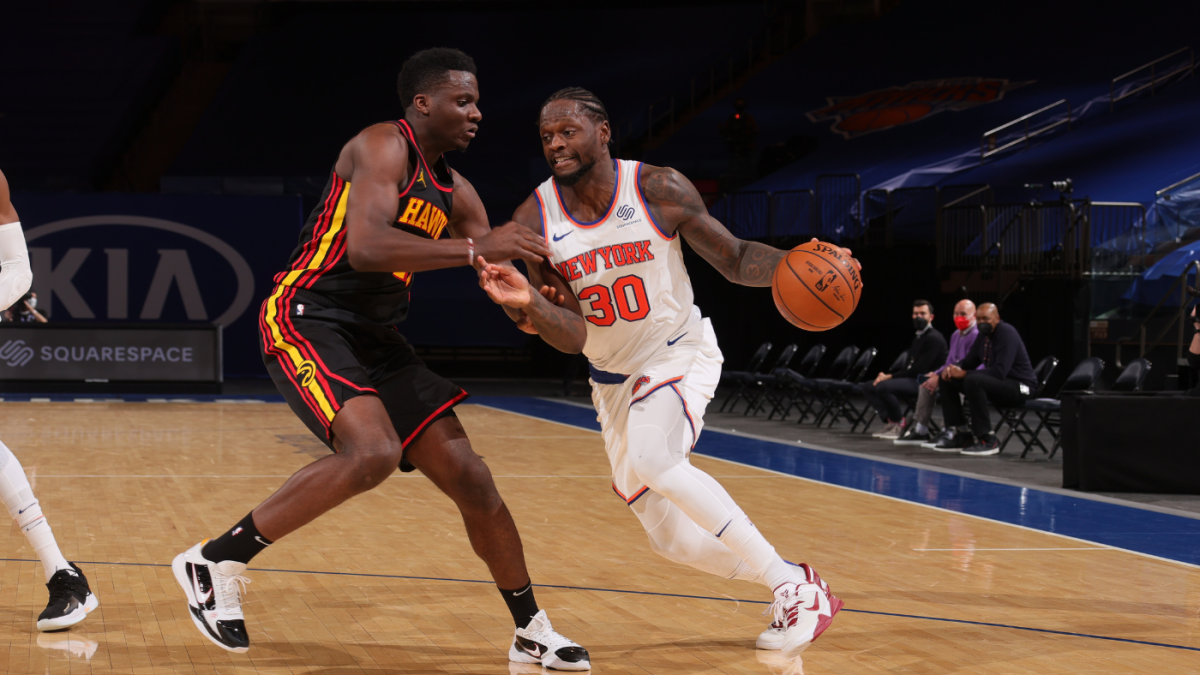 Julius Randle fell so far out of favor with the New York Knicks last season that they used the No. 8 overall pick on Obi Toppin, ostensibly his replacement as their power forward of the future. Now, almost midway through his second season in New York, he has led the Knicks to sole possession of the No. 6 seed in the Eastern Conference. He helped them reclaim that spot, the lowest in the standings that is assured a playoff position at season’s end, with his best game as a Knick, and maybe as a professional.

In a 123-112 victory over the Atlanta Hawks, Randle scored 44 points on 14-of-22 shooting. It was the second-highest scoring game of his career, trailing a 45-point outburst he posted for the New Orleans Pelicans during the 2018-19 season, but that effort came in a loss against the Portland Trail Blazers. He added nine rebounds and five assists in the win, helping the Knicks claw back within one game of .500.

It was Randle’s best game of the season, but hardly his only dynamic performance. Randle is averaging an efficient 22.4 points per game to go along with career-highs in both rebounding (11.1 per game) and assists (5.6). While hardly a stopper in his own right, New York entered Monday with the NBA’s No. 3 ranked defense, and Randle has been a major component of that. With top rim-protector Mitchell Robinson out Monday, Randle had to take on greater duties near the basket and held his own.

It’s a turnaround even the Knicks didn’t see coming, and one that could yield more than just a playoff berth. The Knicks haven’t had an All-Star since Kristaps Porzingis’ selection during the 2017-18 season. Randle was signed using cap space created by the Porzingis trade, and he plays Porzingis’ position. It would be fitting in that sense for Randle to become the latest Knick to earn the honor, and he’s peaking at the right time.

Starters for the All-Star Game will be announced on Thursday, Feb. 18, while reserves will be revealed on Tuesday, Feb. 23. Randle almost certainly won’t earn a starting nod. The Knicks star currently ranks eighth in the Eastern Conference frontcourt fan voting, and the trio of Kevin Durant, Giannis Antetokounmpo and Joel Embiid are near locks to get the nod.

But coaches select the reserves, and Randle is building a strong case for a spot. There’s a reason the Knicks haven’t sent a player since 2018, after all. The Knicks have been in the cellar ever since. Nobody believed that this group could contend for a playoff spot, and Randle is the biggest reason they’ve done so. He presented his strongest case yet to the coaches picking the reserves on Monday.