In China, a Backlash Against the Chinese-Born Director of ‘Nomadland’ 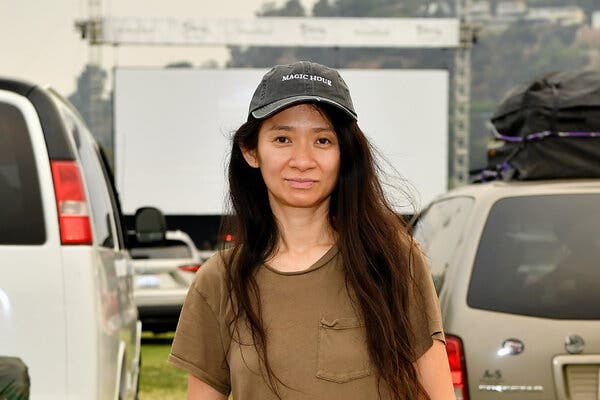 When Chloé Zhao won the Golden Globe for best director for her film “Nomadland” last Sunday, becoming the first Asian woman to receive that prize, Chinese state news outlets were jubilant. “The Pride of China!” read one headline, referring to Ms. Zhao, who was born in Beijing.

But the mood quickly shifted. Chinese online sleuths dug up a 2013 interview with an American film magazine in which Ms. Zhao criticized her native country, calling it a place “where there are lies everywhere.” And they zeroed in on another, more recent interview with an Australian website in which Ms. Zhao, who received much of her education in the United States and now lives there, was quoted as saying: “The U.S. is now my country, ultimately.”

The Australian site later added a note saying that it had misquoted Ms. Zhao, and that she had actually said “not my country.” But the damage was done.

Chinese nationalists pounced online. What was her nationality, they wanted to know. Was she Chinese or American? Why should China celebrate her success if she’s American?

Even a research center overseen by the government-affiliated Chinese Academy of Social Sciences weighed in. “Don’t be in such a hurry to praise Chloé Zhao,” read a social media post by the academy’s State Cultural Security and Ideology Building Center. “Look at her real attitude toward China.”

On Friday, censors barged in. Searches in Chinese for the hashtags “#Nomadland” and “#NomadlandReleaseDate” were suddenly blocked on Weibo, a popular social media platform, and Chinese-language promotional material vanished as well. References to the film’s scheduled April 23 release in China were removed from prominent movie websites.

It was not a complete blackout. Numerous stories about the movie were still online as of Saturday. And so far, there have been no reports that the film’s China release was in jeopardy. (China’s National Arthouse Alliance of Cinemas, which will oversee the theatrical release, did not immediately respond to a request for comment, nor did Searchlight Pictures, the Hollywood studio behind “Nomadland.”)

But the online censorship was the latest reminder of the power of rising nationalist sentiment in China and the increasingly complex political minefield that companies must navigate there.

For years, the central government was the only major gatekeeper for films in China, determining which foreign movies got the official stamp of approval and, ultimately, access to the country’s booming box office. Now, more and more, China’s online patriots can also influence the fate of a film or a company.

In many cases, winning over — or at least not offending — those patriots, sometimes derogatorily referred to as “little pinks,” has become another crucial consideration for companies seeking to enter the Chinese market.

“There is much more space to punch figures like Chloé Zhao,” said Aynne Kokas, the author of “Hollywood Made in China.”

The backlash against “Nomadland” was somewhat unexpected. Aside from Ms. Zhao, the film, which stars Frances McDormand in a sensitive portrait of the lives of itinerant Americans, has little if any connection to China. Though it is said to be a strong contender for the Academy Awards, it was not expected to bring in big Chinese audiences, given its limited theatrical release and its slow pacing.

But the patriotic frenzy could become a significant issue for another film directed by Ms. Zhao, “The Eternals,” a big-budget superhero movie for Disney’s Marvel Studios starring Angelina Jolie, Kumail Nanjiani and Salma Hayek. It is scheduled to debut in the United States in November, but a China release date has not been publicly announced.

Experts say that while Ms. Zhao’s background would likely have been a major selling point for “The Eternals” in China, it could now become an Achilles’ heel — a potentially devastating blow for the film and for Marvel, which has reaped huge rewards in the Chinese market with movies like “Avengers: Endgame.”

Such a scenario would be especially damaging this year, with the pandemic having decimated box offices in almost all major markets but China, where the virus is largely under control and the domestic film industry is thriving.

“Blocking references to ‘Nomadland’ underscores China’s new power position,” said Ms. Kokas, referring to the online censorship, which was previously reported by Variety. “As the world’s largest market, there is much less need to bring Hollywood studio films into the market.”

Until recently, few in China had heard of Ms. Zhao, 38.

Born in Beijing, she went to boarding school in London, to high school in California and ultimately to film school at New York University. Before “Nomadland,” Ms. Zhao gained recognition for the critically acclaimed art films “Songs My Brothers Taught Me” (2015) and “The Rider” (2017).

In China, though, she was best known as the stepdaughter of the popular comic actress Song Dandan, who in 1997 married Ms. Zhao’s father, the former head of a Chinese state-owned steel company.

Ms. Zhao has spoken about what she sees as her shifting identity, a product, she said, of years spent moving around the world. She has described her Chinese heritage as part of that identity.

In a recent profile in New York magazine, Ms. Zhao referred to northerners in China as “my own people” and described herself as being “from China.” Global Times, a Chinese state-backed nationalist tabloid, wrote on Twitter on Wednesday that Disney had said that Ms. Zhao was a Chinese national.

The quote in which Ms. Zhao said there were “lies everywhere” in China first appeared in 2013, in an article in the New York-based magazine Filmmaker. It was still in the article as recently as October, according to archived versions of the webpage. But by mid-February, the quote had been removed and a note added, saying that the article had been “edited and condensed after publication.” The quote is not in the latest version of the article, though it appears elsewhere on the magazine’s website.

Filmmaker Magazine did not immediately respond to a request for comment, nor did Disney. Ms. Zhao could not be reached for comment.

Amid the nationalist-tinged outcry, many Chinese rushed to defend Ms. Zhao and heap scorn on the “little pinks” for being overly sensitive. “Nomadland” was a beautiful movie, many said, one that rose above the ugliness of politics and national borders.

Nothing comparable to its unflinching portrayal of the struggles of gig workers and America’s fraying social safety net could have been made in China, others said. On Douban, a review website popular with relatively liberal-minded Chinese, the film has nearly 66,000 reviews and a strong rating of 8.4 out of 10.

Some commenters also pointed out the irony that Chinese nationalists would want to clamp down on a film that seemed to fit so well with the narrative that official propaganda organs had recently been touting, of a rising China and a United States in decline.

“Chloé Zhao’s ‘Nomadland’ deeply reveals the crisis of America’s lower-class citizens and the difficult lives of its people,” Qiao Mu, a former professor of communications at Beijing Foreign Studies University, wrote on Weibo. “This should strengthen our pride in socialism and our self-confidence in the Chinese way.”

“She is the pride of the Chinese people,” he added, “not someone who insults China.”

On Friday, censors barged in. Searches in Chinese for the hashtags “#Nomadland” and “#NomadlandReleaseDate” were suddenly blocked on Weibo, a popular social media platform, and Chinese-language promotional material vanished as well. References to the film’s scheduled April 23 release in China were removed from prominent movie websites.

It was not a complete blackout. Numerous stories about the movie were still online as of Saturday. And so far, there have been no reports that the film’s China release was in jeopardy. (China’s National Arthouse Alliance of Cinemas, which will oversee the theatrical release, did not immediately respond to a request for comment, nor did Searchlight Pictures, the Hollywood studio behind “Nomadland.”)

But the online censorship was the latest reminder of the power of rising nationalist sentiment in China and the increasingly complex political minefield that companies must navigate there. 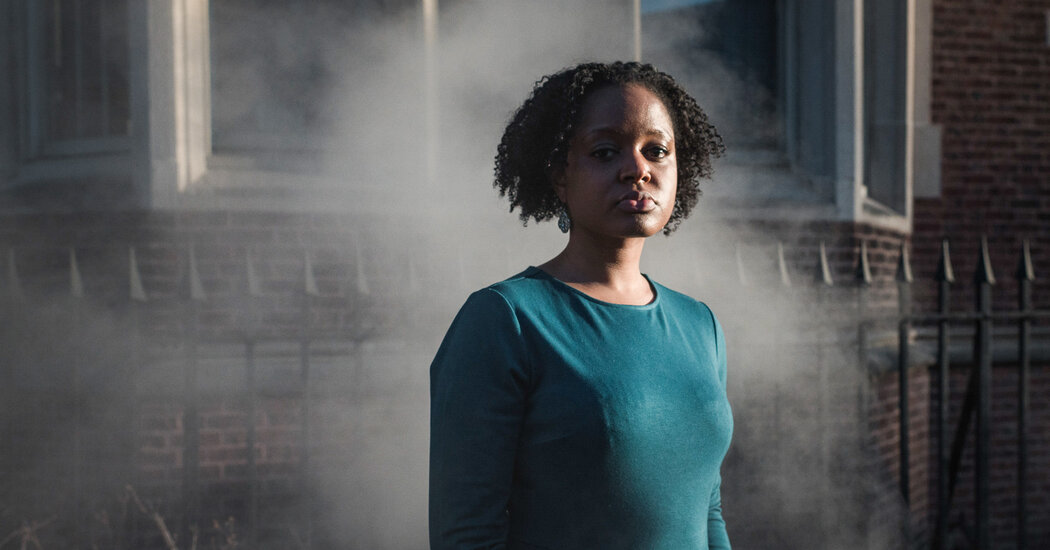