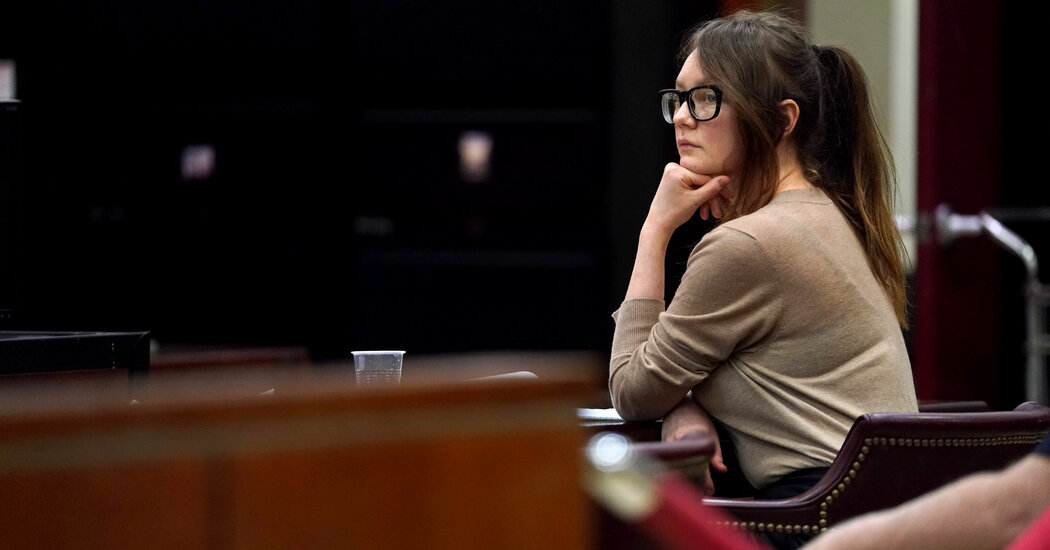 “Don’t we all kind of wish we could be breathtakingly selfish sometimes?”

In Her Words is available as a newsletter. Sign up here to get it delivered to your inbox.

But women, Ms. Telfer said, “need credit for being good con artists, too.”

“Women are naturally presumed to be conniving and two-faced,” she said. Think of Hamlet’s bitter complaints about women to Ophelia: “God has given you one face, and you make yourselves another.” Yet when we hear about con women, she explained, it somehow surprises us. She pointed to Anna Delvey (whose real name is Anna Sorokin) and Elizabeth Holmes, to whom, she said, the media had reacted with shock.

Shock or not, there’s no doubt that stories about con women capture our attention. The new Rosamund Pike film, “I Care a Lot,” about a con woman who exploits elderly people by becoming their guardian is among the most popular content on Netflix right now and two TV projects are in the works about Ms. Sorokin. Add Ms. Telfer’s book and it seems that con women are having a moment.

Confidence artists speak to us in ways other criminals do not — they get to be artists! — Ms. Telfer said, and we fall for them because they are typically charming and likable.

“The fact that we like con artists so much is probably the greatest con of all time,” she writes in her book.

The women in Ms. Telfer’s book waltz right by societal rules that would leave the rest of us at a standstill. We are left tsk-tsking, while also in awe.

“I panic if I lose my driver’s license,” Ms. Telfer said, “because I’m like, ‘Now I can’t get through airport security — my life is over.’ But they are like, ‘Whatever! That license said I was Sandra, but this one says I’m Mary.’”

One difference Ms. Telfer sees between male and female con artists — they are just as tricky and just as clever — is the personas they’ll adopt for their tricks, which says a lot more about society than it says about them.

“We aren’t as likely to believe that a woman would be in a position of power,” Ms. Telfer said, so female con artists are “more likely to use sob stories to paint themselves as sad, vulnerable and helpless.”

Even though con artists leave a trail of destruction in their wake — empty bank accounts, broken hearts, abandoned cars and soured relationships — there is a beautiful aspect to this grim business, Ms. Telfer said: “The fact that people get swindled actually says something really lovely about humanity. It says that we are willing to trust each other.”

Ms. Telfer’s book, published by Harper Perennial and available this week, explores the stories of various types of con women. Below, she describes five of them. Consider yourself warned.

Many female con artists are obsessed with money, but the women in the glitterati category care more about the illusion that they have money. In other words they want to look rich, even if they’re not. That’s a tad different from actually having money, Ms. Telfer explained.

For them, it’s all about glitz and glamour — designer handbags and big lifestyles — over piles of cash in the bank.

Consider the case of Wang Ti, who, circa 2008, wove a tale of being the filthy rich love child of two powerful politicians in order to run with the high-status crowd in Beijing. To fuel that myth and support her dazzling lifestyle as well as that of her gold medalist gymnast boyfriend, she’d sell homes to their ritzy friends. But there was one big problem: The homes were not hers to sell.

She’d rent the properties, but then tell her friends that she was the broker. She’d pocket their cash as she continued to pay rent on the properties. There was a lot of explaining she had to do — until she couldn’t do it anymore. “I call this a snake-eating-its-own-tail scheme,” Ms. Telfer said. “It stresses me out to even talk about it.”

By the time she was caught in 2011, Ms. Ti had managed to relieve 27 victims of $8.5 million. While she was being sentenced, Ms. Ti — unable to explain how she’d gotten away with it for so long — seemed “mystified by the gullibility of human nature, by our vulnerability to status,” Ms. Telfer wrote.

Female con artists in the seers category center on the spiritual — they are the mediums and the fortune tellers of the world.

This category is fraught, Ms. Telfer said, because the line between being a conduit for belief and preying on that belief can be hard to draw. “To me, the line usually comes down to money,” she explained. “If you are running away with thousands and thousands of dollars from people who are following you, then I’ll probably call you a con woman and put you in this book!”

Mary Ann Scannell, a medium in Brooklyn, N.Y., with a huge following in the early 1900s, would tell her devotees that her spirit guides had requested checks, vacation homes and even a fun new dress. She ended up marrying a Vanderbilt, because the spirits demanded it. “When we look back,” Ms. Telfer said, “it’s so obvious that all her quote-unquote communions with the spirit world were clearly just designed to benefit her.”

Fabulists don’t just pretend to be someone else; they concoct long and elaborate tales that become inseparable from the con they are pulling. “They live these stories out for quite a while,” Ms. Telfer said. “They really go for it.”

Franziska Schanzkowska and Eugenia Smith were both fabulists, who independently claimed to be Anastasia Romanov, one of the missing daughters of Nicholas II, the last czar of Russia. Ms. Smith was profiled in Life magazine for possibly being the real Anastasia, which enraged Ms. Schanzkowska. But at the end of her life, Ms. Schanzkowska got the final say by having “Anastasia” etched on her tombstone.

Even though there was plenty of evidence to the contrary — their noses not quite right, their accents off — many people couldn’t help but buy into their lifelong tales. In the late aughts, the real Anastasia’s body was finally found not far from where she’d been murdered in 1918.

“Far better to ignore all the evidence and believe that history was kind, and men had mercy, and princesses lived,” Ms. Telfer wrote of those who bought into the impostors’ tales.

Ms. Telfer considers the tragedienne a subgenre of the fabulist, and a most loathed breed of con artist. “They prey on something that is really beautiful about humanity — our desire to help,” Ms. Telfer said.

Like clockwork, these scammers emerge in the aftermath of tragedies like earthquakes, mass shootings and terrorist attacks to impersonate the victims. “We aren’t going to fact check them,” Ms. Telfer said, “because that would be cruel, so they get away with money, sympathy and attention that isn’t theirs.”

Tania Head is a notorious tragedienne. She claimed to be a survivor of the Sept. 11 attacks and told detailed stories — a man with a red bandanna who helped put out the fire on her skin; and a fabricated fiancé, sometimes a husband, who was killed in the second tower. Ms. Head even claimed to have flashbacks when she’d scream things like, “I tried to save them!”

Ms. Head went on to become the unofficial spokeswoman for 9/11 survivors and eventually started the World Trade Center Survivors’ Network. “The weird thing about her is she didn’t make a penny from this con,” Ms. Telfer said. “For her, it really seemed to be all about the attention.”

In 2007, she was finally busted by this newspaper.

In 1861, Loreta Janeta Velasquez — as she is remembered, though that is certainly not her birth name and records of her last name show it spelled different ways — began traveling from town to town dressed as a man and claimed to be a Cuban-American who fought for the Confederacy (but also sometimes the Union) in the Civil War. “It’s pretty clear she wasn’t actually trying to pass as a male soldier,” Ms. Telfer said, “but she wanted people to say: ‘Oh, look, there is a woman dressed up as a male soldier. Let’s write about it!’”

To this day, even though her stories of heroism have been discredited by historians, she remains listed on the American Battlefield Trust’s website for her involvement in the Civil War. “You kind of have to admire her ‘fake it till you make it’ attitude,” Ms. Telfer said.

Confidence artists speak to us in ways other criminals do not — they get to be artists! — Ms. Telfer said, and we fall for them because they are typically charming and likable.

“The fact that we like con artists so much is probably the greatest con of all time,” she writes in her book.

The women in Ms. Telfer’s book waltz right by societal rules that would leave the rest of us at a standstill. We are left tsk-tsking, while also in awe. 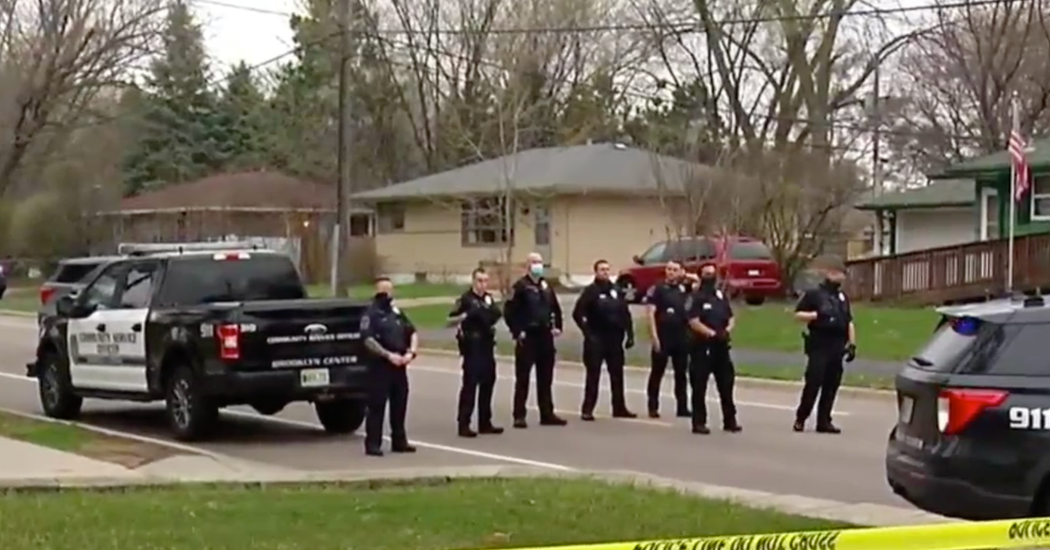 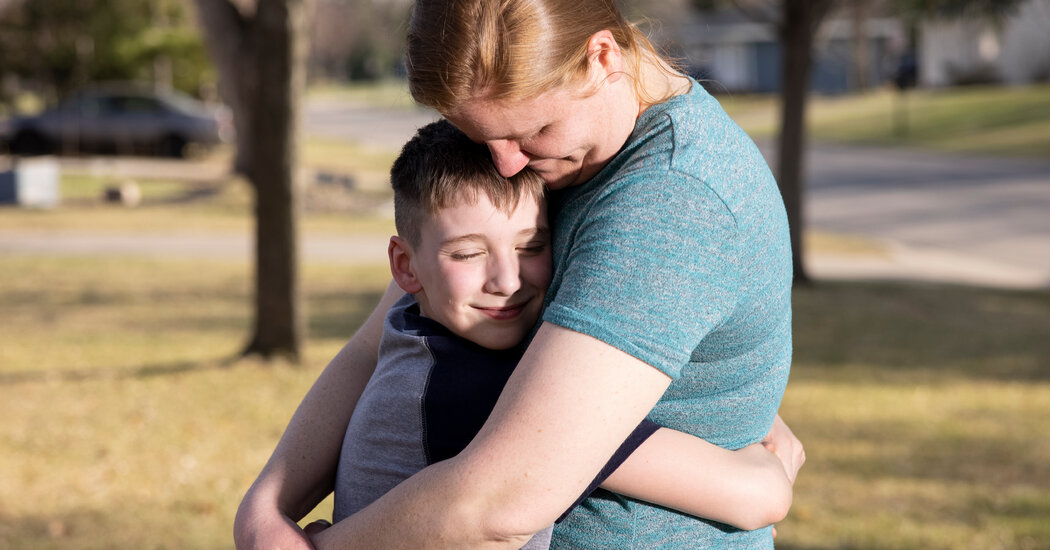 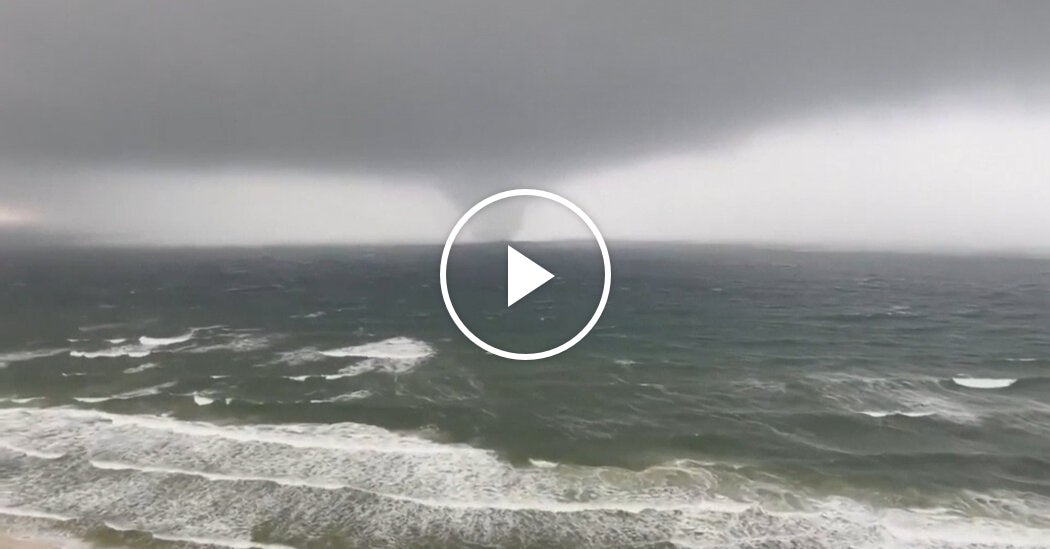 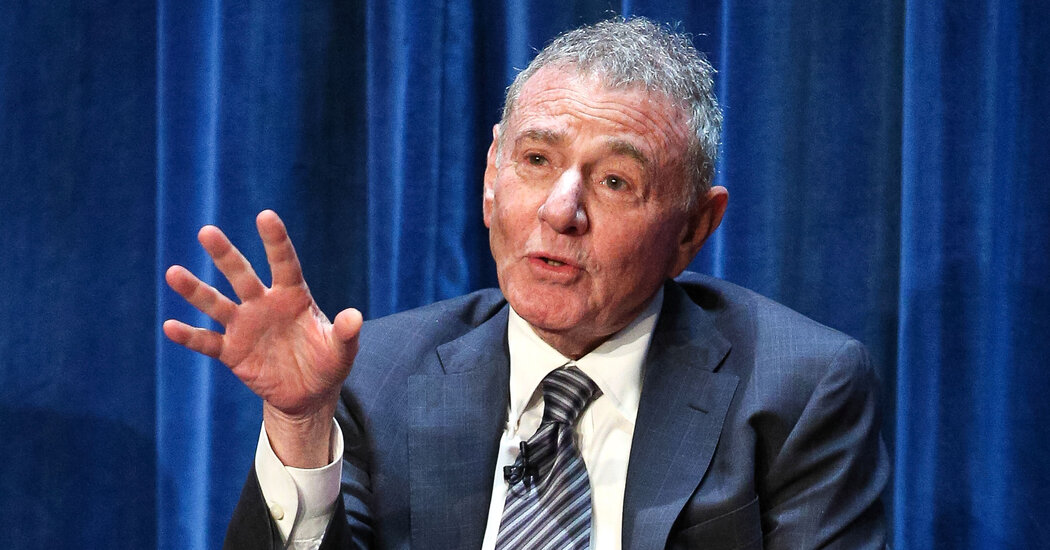