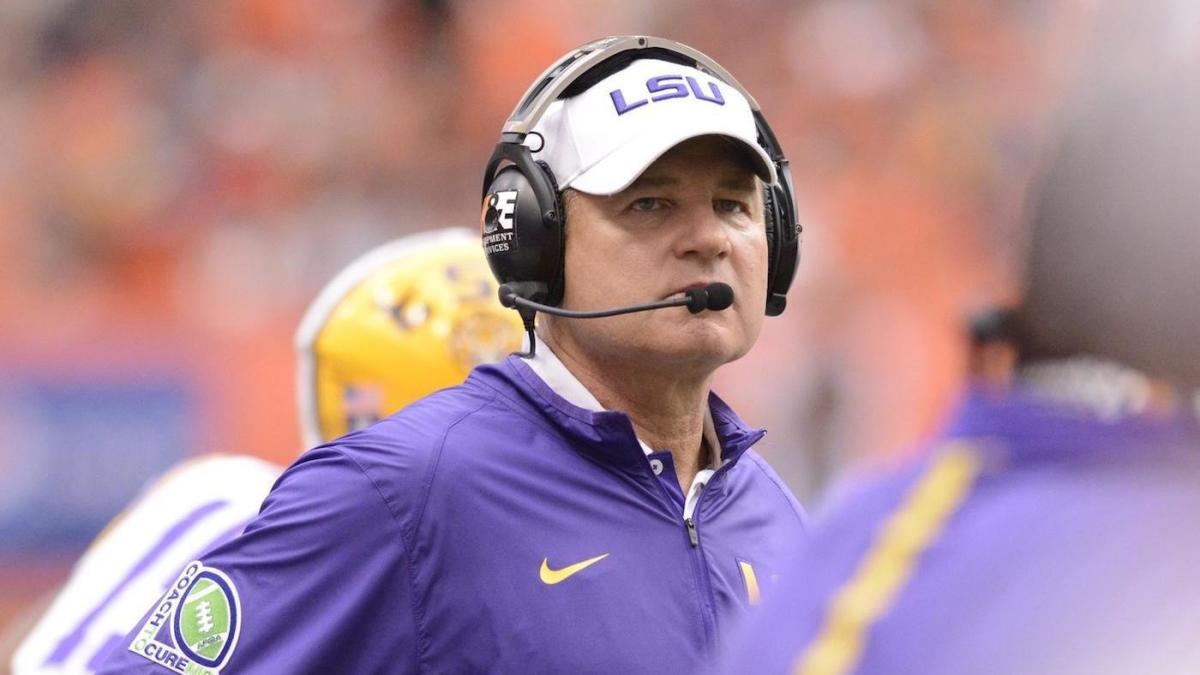 Former LSU athletic director Joe Alleva wanted ex-coach Les Miles fired with cause in the summer 2013, an email from Alleva showed in the newly released Husch Blackwell investigation. LSU has been under fire for its handling of sexual misconduct and domestic violence allegations dating back several years.

In the wake of the investigation into LSU, Miles himself has come under a microscope for behaving inappropriately with female students while he was the coach of the Tigers. According to a report from USA Today, Miles was accused of “texting female students, taking them to his condo alone, making them feel uncomfortable and, on at least one occasion, kissing a student and suggesting they go to a hotel after telling her he could help her career.”

That investigation, conducted by Taylor Porter, was enough for Alleva to propose that the university fire Miles with cause. In a June, 2013, message to then-incoming university president F. King Alexander and counsel, Alleva said of Miles: “I always believe that people are innocent until proven guilty and in this case I believe he is guilty of insubordination, inappropriate behavior, putting the university, athletic [department] and football program at great risk. I think we have cause.

“I specifically told him not to text, call or be alone with any student workers and he obviously didn’t listen. I know there are many possible outcomes and much risk either way, but I believe it is in the best interest in the long run to make a break. The court of public opinion would favor us. The court room? On July 2nd, we will know more but the facts will remain the same.”

Early in 2013, LSU and Miles agreed to an amended seven-year deal that paid him $4.3 million annually — making him one of five active coaches to eclipse the $4 million mark at the time. Of note, Alleva also reportedly wanted Miles gone towards the end of the 2015 season, but received pushback from fans and media. Miles was eventually fired four games into the 2016 season and replaced by current Tigers coach Ed Orgeron.

Miles, having just completed his second year at Kansas, has denied harassing a female student when approached by the Baton Rouge Advocate.

“Release of the Taylor Porter Report should put an end to the baseless, inaccurate media reports that coach Les Miles engaged in an inappropriate touching of an Athletic Department student volunteer eight years ago,” A statement released by Miles’ attorney said. “As the Report concludes, the allegation that coach Miles attempted to kiss the woman was supported by no evidence and warranted no discipline: ‘We do not believe under existing law and the terms of the contract there is cause to discipline and/or terminate’ coach Miles. coach Miles denied then, as he denies now, that any such conduct occurred.”

Alleva, who faced his own embattlement for situations with Miles and basketball coach Will Wade, stepped down in April 2019 and replaced by Texas A&M AD Scott Woodard.