Cavs’ J.B. Bickerstaff reacts to criticism of holding out Andre Drummond: ‘Nobody’s opinion should be muted’ 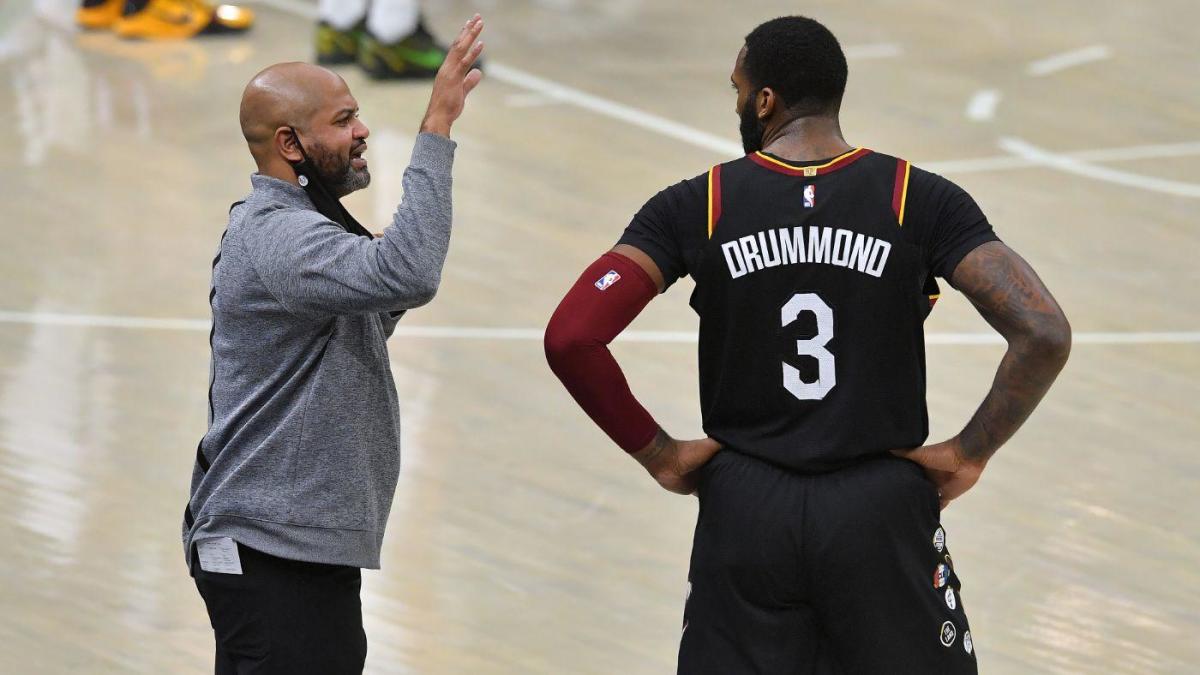 Earlier this week, Golden State Warriors star Draymond Green made headlines with an unorthodox postgame interview. Putting on an extemporaneous speaking clinic, Green spoke for three minutes straight about his frustrations with the double standard for players and teams during trade season.

You can read his entire speech here, but the main gist of it is that he thinks it’s unfair that players are criticized for requesting a trade, but no one cares if teams sit players out while they’re trying to trade them. Green’s comments came in the wake of the Cleveland Cavaliers’ decision to bench veteran center Andre Drummond while they try to figure out his future.

Green’s comments elicited plenty of responses, including one from Cavaliers coach J.B. Bickerstaff. Speaking to reporters on Wednesday, Bickerstaff basically played both sides of things:

“Nobody’s opinion should be muted. Obviously there’s conversations that we’ve had with our guys as far as this process goes that everybody’s not privy to. But again, guys have a right to speak their voice, and organizations have to do what’s best for the organization. I think that’s kind of how it works, and it shouldn’t be a two-way street, so to speak.”

Bickerstaff also praised Drummond’s professionalism and noted that the whole thing is difficult.

“This is not an easy situation, and anybody who says it is would be being dishonest. It goes back to how we treat each other, period, as human beings and not just as pieces on a puzzle board. So we have to make sure that we’re doing the right thing by him as well.”

Drummond, who arrived in Cleveland last season at the trade deadline, started 25 games for the Cavs this season, putting up 17.5 points and 13.5 rebounds. But even though Drummond was putting up big numbers, it wasn’t leading to much success, and it just makes sense for the two parties to go their separate ways.

The veteran big man will be a free agent after the season and didn’t have a future on a rebuilding Cavs team, especially after they acquired Jarrett Allen in the James Harden trade. Trading him before he walks for nothing is the right move for Cleveland, and Drummond would surely love to get to a playoff team.

But the interim period before he actually parts ways is going to be messy, and that’s where the double standard comes in. This is a win-win for both parties, but it’s viewed as normal because the Cavaliers initiated the process. If it had been the other way around, there would have been criticism for Drummond.