A Decade After the Arab Spring, Autocrats Still Rule the MideastThe popular uprisings of 2011 mostly failed, but they gave the region a taste for democracy that continues to whet an appetite for change.By Ben Hubbard and David D. Kirkpatrick 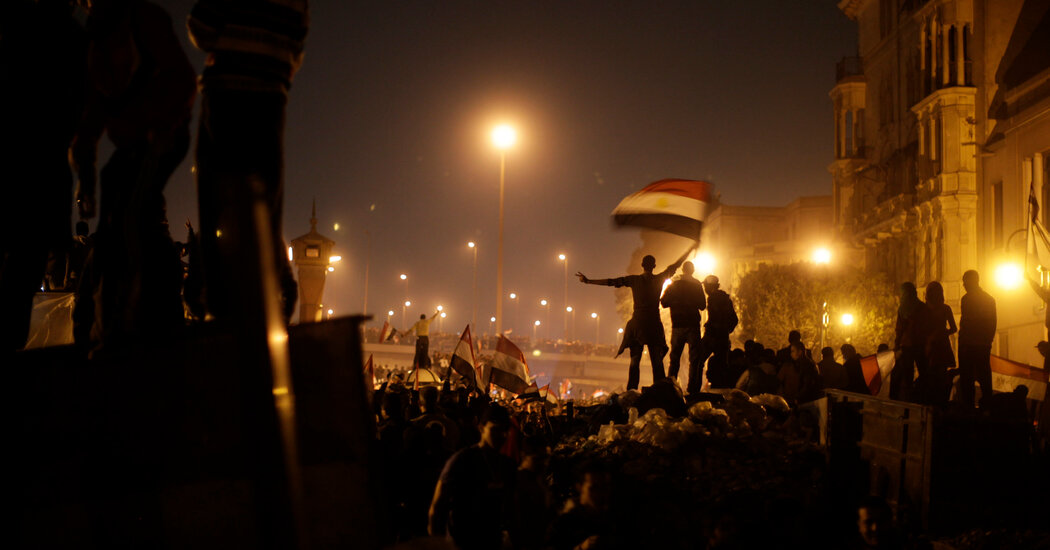 A decade ago, crowds massed in Cairo’s Tahrir Square to demand the ouster of Egypt’s American-backed strongman, President Hosni Mubarak. In Washington, President Barack Obama made a fateful decision, calling on him to leave power.

The backlash from other Arab potentates was swift, Mr. Obama recalled in his recent memoir.

Sheikh Mohammed bin Zayed, the de facto ruler of the United Arab Emirates — a tiny country with an outsized military built on American weapons and training — told the president that he no longer saw the United States as a reliable partner.

It was a “warning,” Mr. Obama wrote, that “the old order had no intention of conceding power without a fight.”

Ten years later, the collisions between that old order and the popular uprisings across the Middle East in 2011 that became known as the Arab Spring have left much of the region in smoldering ruins.

Wars in Libya and Yemen have reduced those countries to shattered mosaics of competing militias. Autocrats cling to power in Egypt, Syria and Bahrain, snuffing out all whiffs of opposition. Tunisia, hailed as the uprisings’ sole success, has struggled to reap the benefits of democracy as its economy founders.

The hope for a new era of freedom and democracy that surged across the region has been largely crushed. The United States proved to be an unreliable ally. And other powers that intervened forcefully to stamp out the revolts and bend the region to their will — Iran, Russia, Turkey, Saudi Arabia and the Emirates — have only grown more powerful.

“People now know quite well that nobody is going to help them, that they have to help themselves, and that those countries that they used to look to for change are part of the problem,” said Amr Darrag, who served as a minister in the democratically elected government that ruled Egypt for barely a year before it was toppled by the military in 2013. “The forces that are against change in our region are numerous and they have a lot of common interests that allowed them to unite against any kind of positive change.”

The biggest hope voiced by intellectuals in Washington and the region is that the Arab Spring at least gave people a taste for the possibility of democracy. And that if the underlying inequality and oppression that led to the revolts have only gotten worse, uprisings are likely to return, as they have recently in Sudan, Algeria, Lebanon and Iraq.

The spark that ignited the Arab Spring was a fruit seller in a poor Tunisian town who simply couldn’t take it anymore after the police slapped him and confiscated his electronic scale. He set himself on fire, and his death crystallized frustrations with rulers across the region, who ruled by force, enriched their cronies and left the masses mired in poverty, corruption and poor governance.

After Tunisian protesters forced the country’s longtime autocrat, Zine el-Abidine Ben Ali, into exile, demonstrations erupted in Egypt, Libya, Yemen, Bahrain and Syria. By early 2012, three other heads of state had been ousted, but the giddy sense of popular power would not last.

Elections in Egypt empowered the Islamist Muslim Brotherhood until the military stepped in to topple President Mohamed Morsi and take power for itself.

In Libya, the United States and allied countries bombed the forces of Muammar el-Qaddafi and backed the rebels. But the opposition failed to unite, in part because regional rivals backed competing factions, and the country remains divided.

In Bahrain, Saudi tanks helped put down an uprising by the Shiite Muslim majority against the Sunni monarchy.

In Yemen, a longtime strongman left power but then joined with rebels who took over the capital, starting a civil war and a bombing campaign by a Saudi-led coalition that have produced a horrifying humanitarian crisis.

Syria, in many ways, represents the worst-case scenario: an uprising that morphed into a civil war that destroyed entire cities, opened the door for the Islamic State and other jihadists, sent millions of refugees fleeing abroad and invited intervention by a range of international powers. After it all, President Bashar al-Assad remains in power.

“Since the Arab Spring, everything has become worse,” said Mohamed Saleh, a Syrian writer from Homs. “What changed was that we have more foreign forces controlling Syria. Syria is devastated and more divided.”

Those who participated in the uprisings recall them with a mix of bitterness and nostalgia and cite different reasons for their failure: inconsistent support from the West, intervention by other powers, and the inability of protesters to transition to politics, challenge entrenched elites and mend schisms in their societies.

“We were not mature enough, we did not know what conflict was, what democracy was, what politics were,” said Bashar Eltalhi, who provided technical support to Libya’s rebels and first transitional government and now works as a conflict analyst. “We thought we just needed to get rid of the boogeyman, but we didn’t realize the boogeyman had spread his magic in all of us.”

Many accused the United States of not doing enough to support the revolts for fear of damaging its own interests.

In Egypt, the Obama administration refused to call the 2013 military takeover a coup, preferring to safeguard relations with the Egyptian military, even after it gunned down hundreds of anticoup protesters. In Libya, Western engagement waned after Mr. el-Qaddafi’s death, contributing to the collapse of the planned political transition. In Syria, the United States shifted its focus from supporting the opposition to fighting the Islamic State to, under President Trump, withdrawing most of its forces.

Other powers, often closer to the region and with less concern for democracy, rushed in to fill the vacuum.

Saudi Arabia and the Emirates backed the monarchy in Bahrain and bankrolled the Egyptian government, kicking off a more unapologetically interventionist approach.

“We have come a long way since the 1970s, when we were the little duckling that needed protection from America and needed permission from America,” said Abdulkhaleq Abdulla, an Emirati political scientist. “There is a certain level of confidence, which has led to being more assertive regionally and being more independent vis a vis America and other powers.”

Former United States officials, speaking on condition of anonymity, said they were stunned in 2014 when the Emirates bombed the Libyan capital, Tripoli, with American-made weapons and equipment, violating the terms of sale and contravening American policy. But when the United States complained, the Emiratis pushed back, angry that the United States was not supporting their chosen strongman, one of the officials said.

Saudi Arabia and the Emirates gave American officials little notice before launching a military campaign in Yemen in 2015 and have since lent financial support to, and extended their influence over, Jordan’s king and Sudan’s new government.

In Syria, Iran flew in militiamen to bolster Mr. al-Assad’s forces, Russia sent its military to bomb rebel strongholds and Turkey has turned swaths of the country’s north into a de facto protectorate. The most active talks about the country’s future are now among those three countries, while the West sits on the sidelines and the destruction haunts Syrians.

But many Arab Spring veterans argue that with so much of the uprisings’ business unfinished, pro-democracy movements are bound to return.

“Anyone who says that the Arab Spring is dead does not know the history of people’s struggle,” said Tawakkul Karman, who won the Nobel Peace Prize in 2011 for her role in Yemen’s uprising. “The dreams of our people have not died and will not die.”

The region’s population is profoundly young; most of its governments have failed to ensure economic security; and a whole generation remembers the thrill of taking to the streets and jumping on photos of dictators.

In recent years, Arab Spring-style movements against corruption and poor governance have pushed out longtime autocrats in Algeria and Sudan. Similar protests have shaken Iraq and Lebanon but, lacking a single despot on whom to focus their ire, failed to alter their complex, sectarian political systems.

In the long run, low oil prices and growing populations could leave Gulf states with less money for foreign interventions, and veteran revolutionaries could pass the lessons of their failures on to younger activists.

Tarek el-Menshawy, 39, who owns a car repair shop in Cairo, looks back on the protests a decade ago as the best days of his life. He wistfully remembers bursting into tears when he and thousands of others finally overcame the police cordons and reached Tahrir Square.

The revolution may have failed, he said, but it still accomplished something powerful.

“The younger generations saw what happened,” he said. “It’s like a shark when they smell blood. Freedom is like this. We smelled it once, so we’ll keep trying.”

His friend, Ahmed Radwan, 33, said that if a revolt broke out against the current government, he would gladly protest again. But he is convinced that another uprising would be futile.

“We don’t have the tools,” he said. “They are much stronger.” 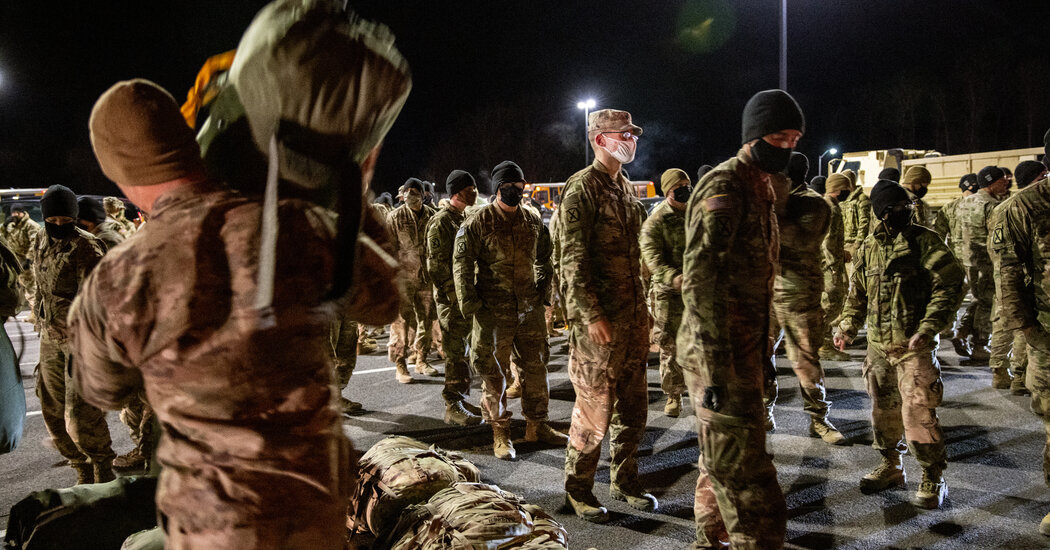 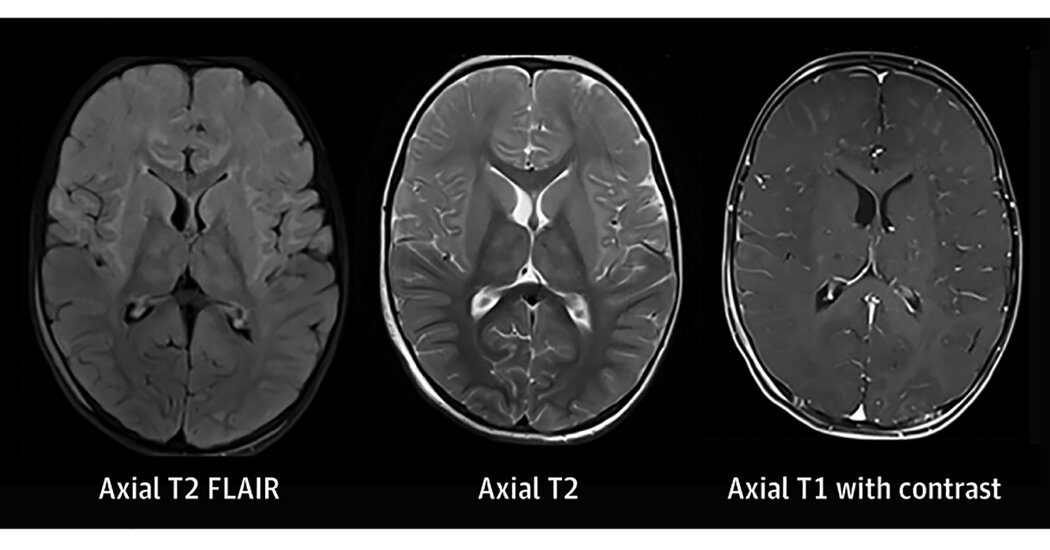 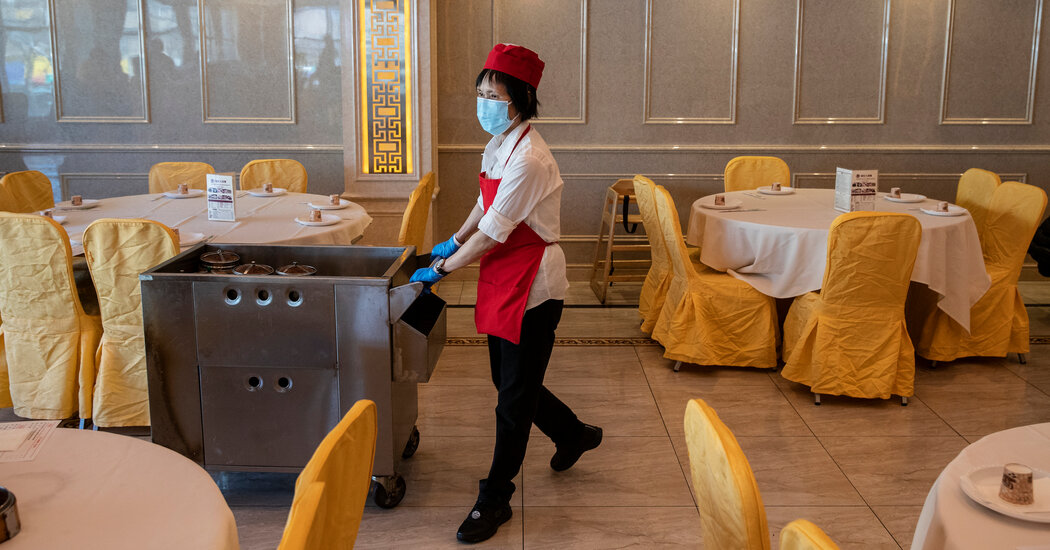 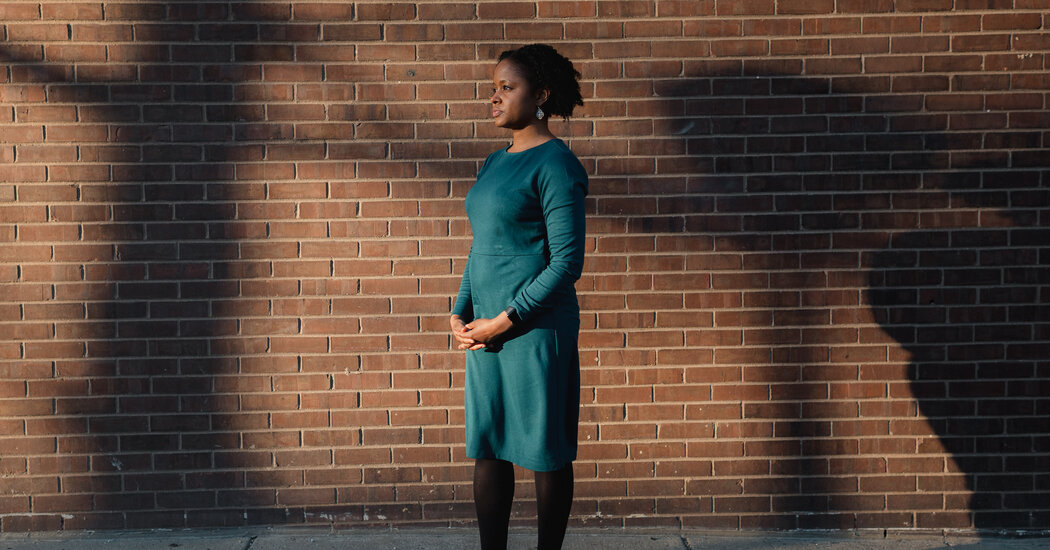 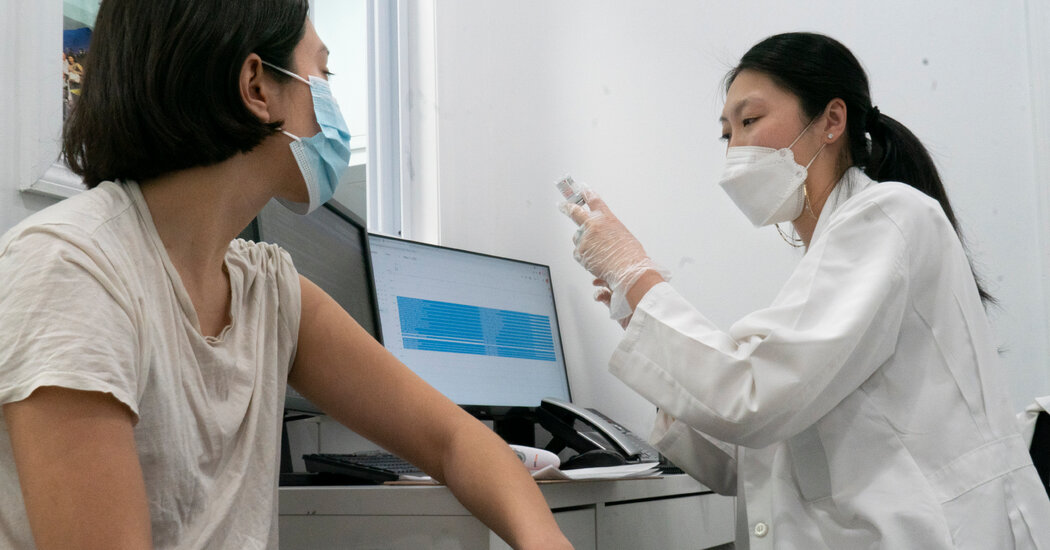 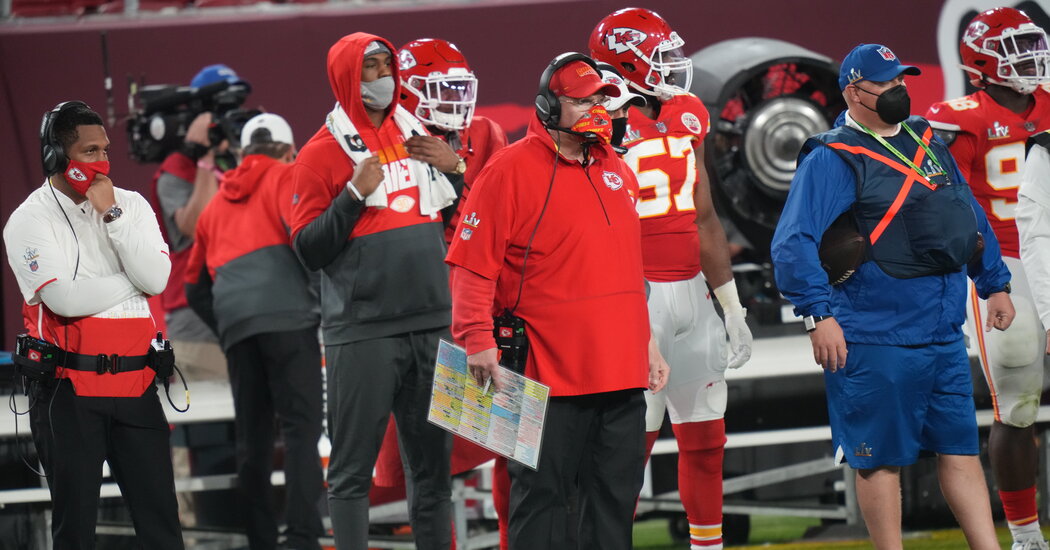