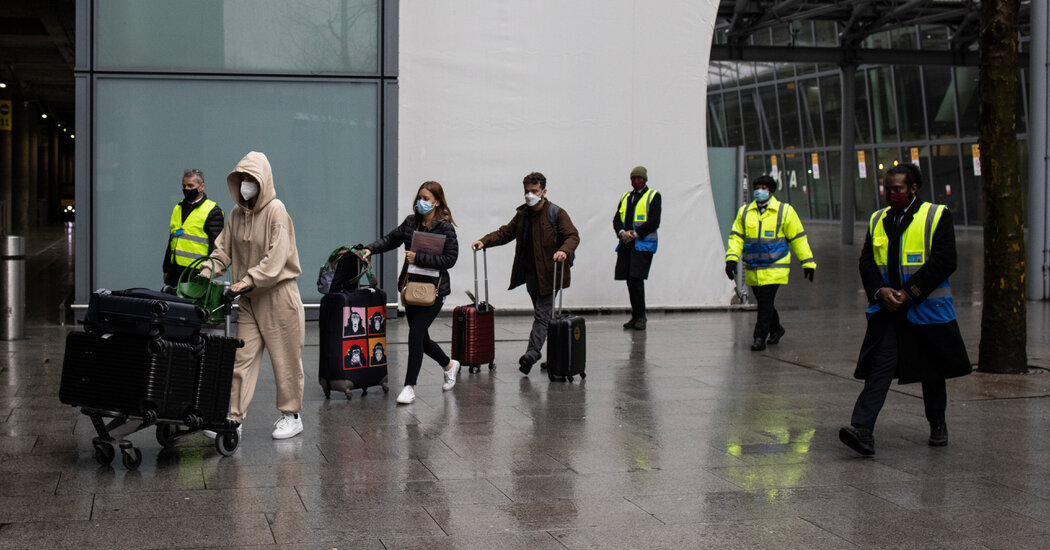 We’re covering strict hotel quarantines in Britain, work stoppages to oppose the military coup in Myanmar and winter storms bringing snow to Texas and other parts of the U.S.

People flying into England from South Africa, Brazil and 31 other countries deemed by Britain to be hot spots for coronavirus variants now have to complete a 10-day quarantine in a government-sanctioned hotel.

The quarantines, which began on Monday, will cost nearly $2,500 for a single adult, including meals, security guards and testing. Travelers from elsewhere are also required to self-isolate in the place they’re staying for 10 days. Scotland is requiring all international air passengers, no matter where from, to isolate on arrival in a government-designated hotel.

The restrictions are among the first of this kind in Europe, modeled after strict requirements in other countries with a better grasp on their epidemics, like Australia, New Zealand, Hong Kong and Singapore.

Context: Britain has suffered one of the world’s worst coronavirus outbreaks in terms of deaths per capita. But cases and deaths have plummeted in recent weeks amid a stringent lockdown.

Before anyone outside her hometown knew her name, Disha Ravi spent four years raising awareness among young people in Bangalore about the effects of climate change.

The 21-year-old activist was arrested on Saturday for distributing a “tool kit” in the form of a Google Doc containing talking points and contact information for influential groups to drum up support for farmers who have been protesting against the Indian government for months.

The document — which the police say she shared with Greta Thunberg, the Swedish climate activist — resembles the kind that grass-roots organizations around the world have used for years to campaign for their causes. But the police say Ms. Ravi was using it to “spread disaffection against the Indian State.”

Response: A climate activist who has worked with Ms. Ravi said the government arrested her because they wanted to make her an example and dissuade others from helping farmers in their struggle. Rights groups, opposition politicians and student groups said the government was using its law enforcement agencies to stifle dissent.

What’s next: Although she has not been formally charged yet, she is to spend five days in police custody, under a stringent sedition law.

Two weeks after the military took power in a coup, work stoppages and walkouts are undermining the ruling generals’ attempt to assert authority. The walkouts have been especially notable among government employees.

Hundreds of thousands of doctors, bankers, trash collectors, electricity workers and essential employees have kept protesting, even as soldiers try to intimidate them. The civil disobedience movement targets services essential to military rule, and is gaining support.

The walkouts have been widespread. At the nation’s power provider, about 60 percent of employees have walked off their jobs. In Yangon, people have started taking their own trash to neighborhood garbage bins during the trash collectors’ walkout.

Quote: “There is no way we can work under a dictatorship,” said Dr. Kyaw Zin, a surgeon who led one of the nation’s first walkouts at the government-run Mandalay General Hospital. “I am pretty sure we can bring down the regime.”

The Taliban close in on Afghan cities

The Taliban have been encroaching on key cities for months as the Biden administration weighs whether to withdraw U.S. troops supporting Afghanistan’s beleaguered army and security forces. For the U.S., it’s a no-win situation: If it pulls out, the insurgents could take control of major cities, but if troops stay, the Taliban could renew attacks.

Our correspondent visited Panjwai, above, a district that neighbors Kandahar city, where the ranks of the police force have thinned so much that injured officers are forced to keep working.

Australian Parliament rape case: Prime Minister Scott Morrison’s party came under criticism for the way it handled accusations of rape in the Parliament building from a former government staff member, who said she was assaulted after she had fallen asleep on a couch in the defense minister’s office.

Japan recovery: The economy rebounded sharply in the last three months of 2020, government data showed Monday, extending its recovery from the coronavirus’s devastating impact in the first half of the year. Analysts warned that the growth was fragile and could be easily disrupted, at least in the short term.

Snapshot: Above, playing in the snow in Austin, Tex., on Monday. More than 2 million homes and business were without electricity as a winter storm pummeled a large swath of the U.S. The coast-to-coast storm was particularly disruptive for states like Texas, Louisiana and Arkansas, which aren’t as used to winter weather.

What we’re reading: This Rest of the World article about the people fighting for Urdu’s digital future. It’s a beautiful long read that touches on what the expansion of the internet does to languages.

Read: In “Halfway Home,” the sociologist Reuben Jonathan Miller wants us to understand incarceration’s “afterlife” — how prison follows people “like a ghost,” a permanent specter in the lives of the 19.6 million Americans who have a felony record.

Let us help you lift your mood with our At Home collection of ideas on what to read, cook, watch, and do while staying safe at home.

What Bill Gates is reading

The Microsoft founder and philanthropist Bill Gates, whose new book is “How to Avoid a Climate Disaster,” discusses his recommendations in our By the Book column.

What books are on your night stand?

“Infinite Jest.” I’m on a mission to read everything David Foster Wallace wrote, and I’m slowly working my way through everything else before I get to that one. I’ve also got a copy of “The Three-Body Problem” by Liu Cixin, which I’ve been meaning to read for a while.

I really liked President Obama’s new book. It was fascinating to read about times when he struggled with self-doubt and how he dealt with it. He’s honest about where he might have done things differently with the benefit of hindsight. It had a level of candor and self-reflection that isn’t all that common among leaders. I was surprised that he portrayed the job as less crazy than I’ve always imagined it to be.

Which subjects do you wish more authors would write about?

I’m surprised more books haven’t been written about how the insights we’re gaining from big data could be used for good. I read “Everybody Lies,” by Seth Stephens-Davidowitz, last summer, which is all about what internet data — and especially search engines — reveal about human behavior.

Thank you
Carole Landry helped write this briefing. Theodore Kim and Jahaan Singh provided the break from the news. You can reach the team at [email protected]

P.S.
• We’re listening to “The Sunday Read.” Our latest episode is about scam calls in the U.S. (The Daily will be back tomorrow).
• Here’s our Mini Crossword, and a clue: Beehive product (five letters). You can find all our puzzles here.
• Three New York Times films are Oscar contenders: “Time,” a film from The Times and Amazon, and two Op-docs, “Hysterical Girl” and “A Concerto Is a Conversation.” 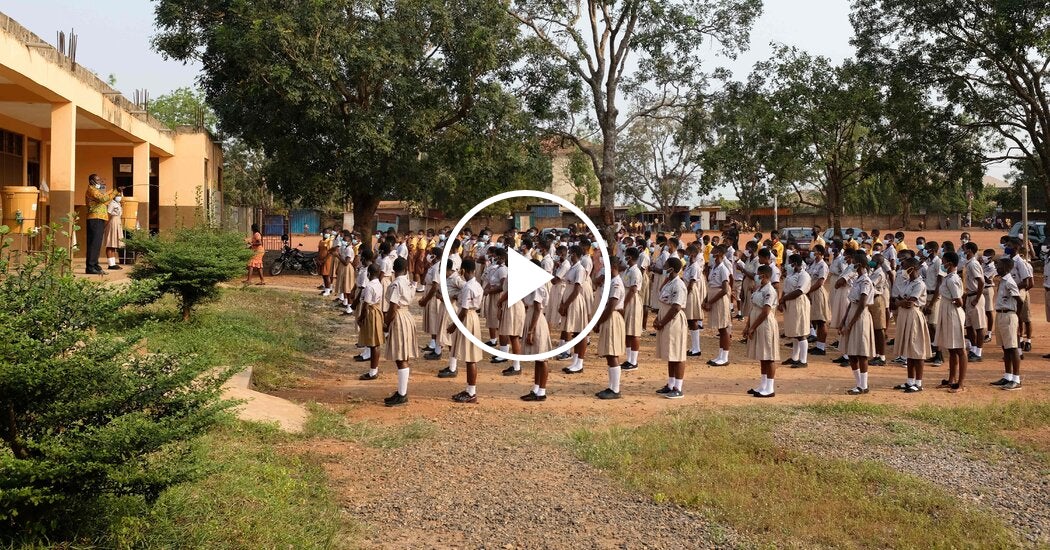 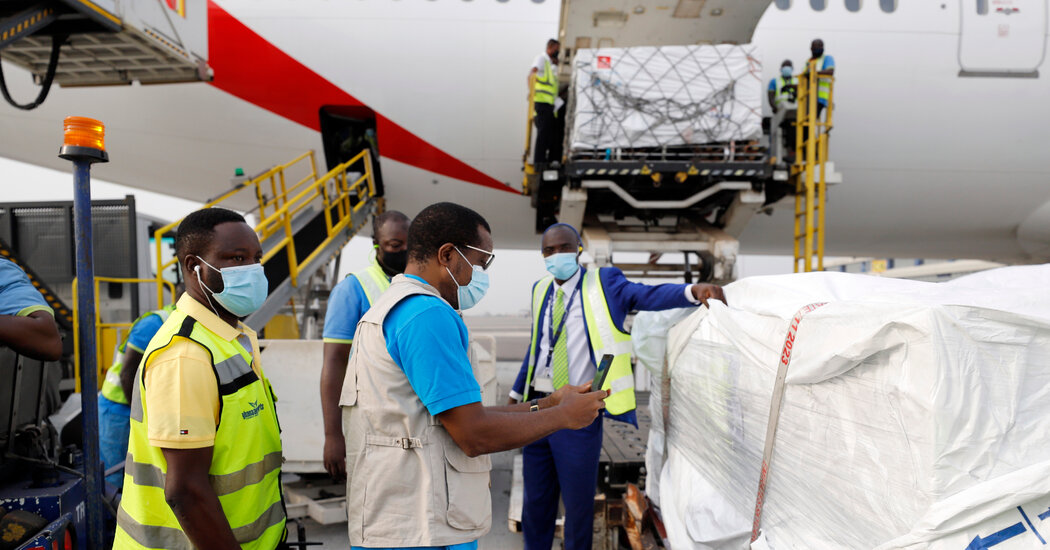 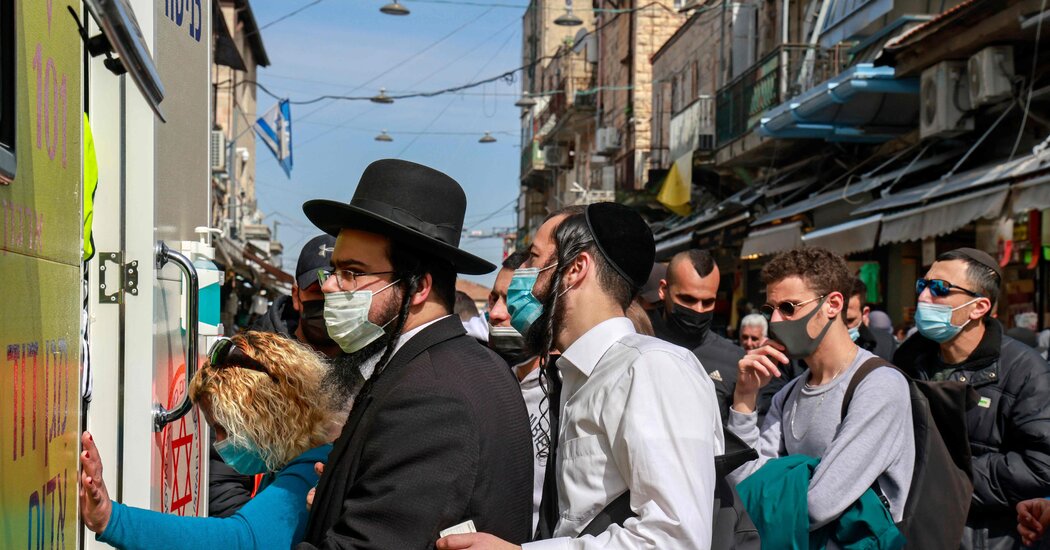 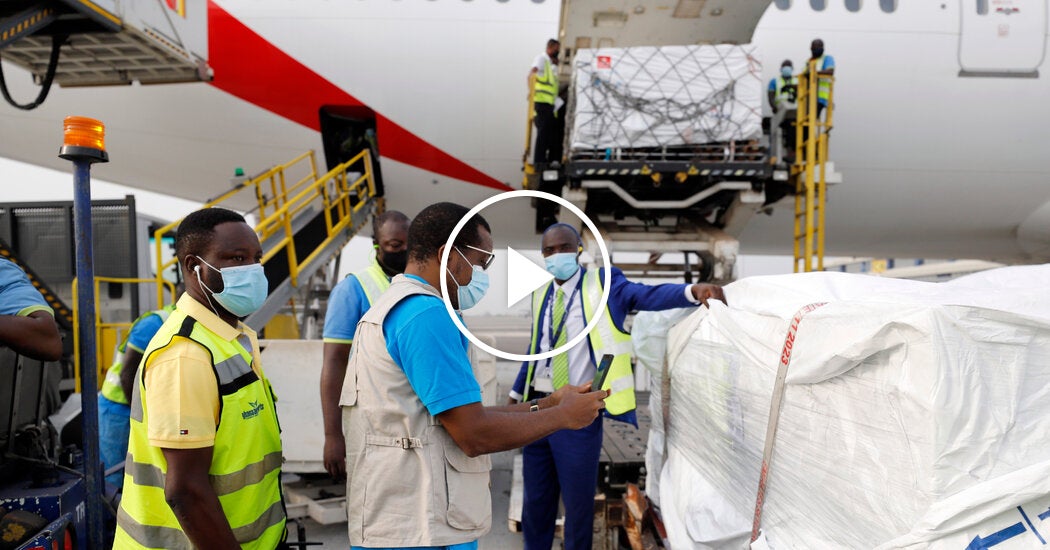