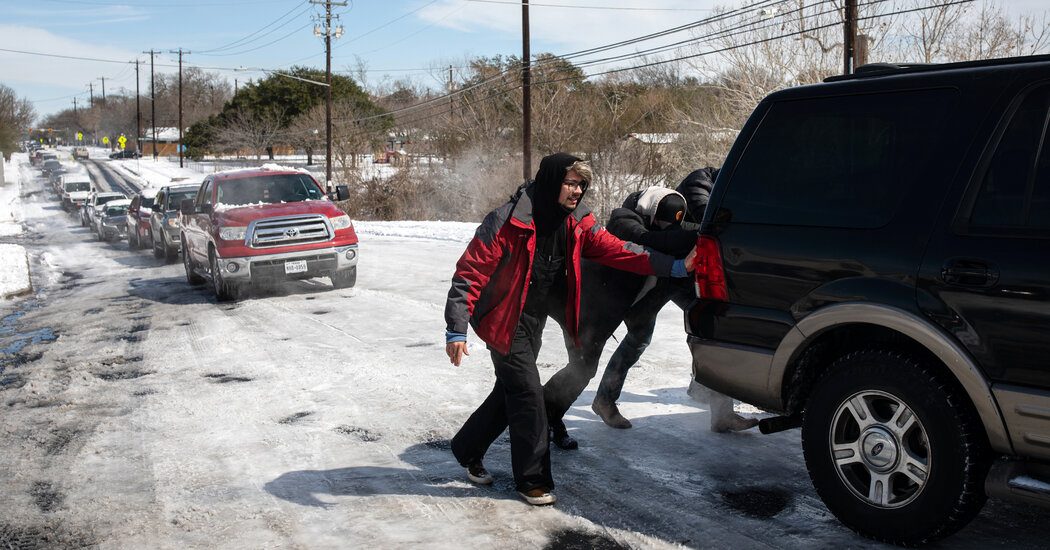 AUSTIN, Texas — Texans shivered under blankets as their electricity flickered off and temperatures inside their homes plummeted. Some awoke on Tuesday to find icicles had formed from dripping kitchen faucets. And in a Houston suburb, a woman and her three grandchildren who had been relying on a fireplace for heat were killed after the authorities said a blaze engulfed their home.

As a winter storm forced the state’s power grid to the brink of collapse, millions of residents were submerged this week into darkness, bitter cold and a sense of indignation over being stuck in uncomfortable and even dangerous conditions. The strain revealed the vulnerabilities of a distressed system and set off a political fight as lawmakers called for hearings and an inquiry into the Electric Reliability Council of Texas, the operator managing the flow of electricity to more than 26 million customers.

The storm, among the worst in a generation in Texas, led to the state’s grid becoming overwhelmed as supply withered against a soaring demand. Record-breaking cold weather spurred residents to crank up their electric heaters and pushed the need for electricity beyond the worst-case scenarios planned for by grid operators. At the same time, many of the state’s gas-fired power plants were knocked offline amid icy conditions, and some plants appeared to suffer fuel shortages as natural gas demand spiked nationwide.

“No one’s model of the power system envisioned that all 254 Texas counties would come under a winter storm warning at the same time,” said Joshua Rhodes, an expert on the state’s electric grid at the University of Texas at Austin. “It’s putting major strain on both the electricity grid and the gas grid that feeds both electricity and heat.”

Bill Magness, the president and chief executive of the Electric Reliability Council, said on Tuesday that the agency was “trying to get people’s power back on as quickly as possible,” while also balancing the need to “safely manage the balance of supply and demand on the grid” to avoid larger collapses in the power system.

Officials said that the council was moving quickly to return power. At one point, 400,000 homes had their electricity restored in a one-hour span. But in a meeting with lawmakers on Tuesday, council officials could not give an estimate on how long it would take to fully restore service.

The agency “is restoring load as fast as we can in a stable manner,” the council said in a statement on Tuesday. “Generating units across fuel types continue to struggle with frigid temperatures.”

The sprawling winter storm that has swept across the country this week blanketed much of Texas, with temperatures reaching record lows in many cities. Dallas had the coldest day in more than 70 years on Tuesday, with a recorded low of minus-2 degrees Fahrenheit.

The consequences of the frigid weather, and the loss of electricity and natural gas, rippled across the state. In Harris County, which includes Houston, there were more than 200 cases of carbon monoxide poisoning, which often occurs when generators are used indoors or without proper ventilation. And the operation of farms and ranches was disrupted, potentially leading to “a food supply chain problem like we’ve never seen before,” said Sid Miller, the state agriculture commissioner.

Across the state, highways were iced over and not drivable. Cars slid through intersections in San Antonio, where Interstate 10 was closed, prompting the authorities to redirect eighteen-wheeler trucks along surface streets. A line of vehicles snaked down the road at one of the few open gas stations. Snacks and bottled water had been sold out, as many grocery stores remained closed.

At Alazán-Apache Courts, a public housing complex on San Antonio’s West Side, residents huddled under blankets inside the barrack-style apartment complex. Potted plants wilted under ice on front stoops.

Ricardo Cruz, 42, said his family had been without electricity since Monday evening. Calls to the power company, he said, had been fruitless.

“I’m kind of angry,” he said as he stepped out of his home to warm up his truck so he could drive his five children and wife around to keep warm. “They can’t do nothing about it.”

Electric company officials across the state said the storm had created dueling challenges: the physical damage to infrastructure as trees snapped and power lines fell and also the surge in demand, which prompted rotating blackouts on homes and businesses. Officials said transformers were failing as they were operating with a level of demand usually seen on 100-degree summer days.

But instead of a managed package of rolling blackouts intended to be no more than 15 to 45 minutes, millions of Texans went without power for hours or more than a day. Some communities in the Rio Grande Valley, in South Texas, lost power Sunday night and still had not had it restored by Tuesday night.

“We know this has been very hard — it’s freezing outside,” Kerri Dunn, a spokeswoman for Oncor, the state’s largest electric utility, said in a briefing with Dallas County officials. “But ultimately, we’re doing everything we can to protect the integrity of the grid and make sure this doesn’t come into a cascading blackout or anything with more disastrous proportions.”

The crisis in Texas also displayed a costly burden confronting electric utilities and operators across the country as climate change threatens to intensify heat waves, droughts, floods, water shortages and other calamities that stand to further test the nation’s electric systems.

Texas’ main electric grid, which largely operates independently from the rest of the country, is primarily designed to handle the state’s most predictable weather extremes: soaring summer temperatures that spur millions of Texans to crank up their air-conditioners all at once.

While freezing weather is rarer, grid operators in Texas have long known that electricity demand can also spike in the winter, particularly after severe cold snaps in 2011 and 2018 strained the system.

“This is unacceptable,” Gov. Greg Abbott said on Tuesday as he demanded an investigation into the failures that precipitated the outages this week.

For years, energy experts argued that the way Texas runs its electricity system invited a systematic failure. In the mid-1990s, the state decided against paying power producers to hold reserves, discarding the common practice across the United States and Canada of requiring a supply buffer of at least 15 percent beyond a typical day’s need.

Robert McCullough, of McCullough Research in Portland, Ore., said he and others have long warned about the potential for catastrophe because Texas simply lacked backup for extreme weather events increasingly commonplace as a result of climate change.

“What they’ve done is systematic unpreparedness,” Mr. McCullough said. “It was not inadvertent. They planned this outcome.”

He has debated the issue for years with William W. Hogan, the architect of the strategy that was adopted by the state seven years ago.

Mr. Hogan, a professor of global energy policy at Harvard’s Kennedy School, acknowledged that while many Texans have struggled this week without heat and electricity, the state’s energy market has functioned as it was designed.

That design relies on basic economics: When electricity demand increases, so too does the price for power. The higher prices force consumers to reduce energy use to prevent cascading failures of power plants that could leave the entire state in the dark, while encouraging power plants to generate more electricity.

Still, the rules of economics offered little comfort for Andrea Ramos after the lights went out in her home in Austin around 2 a.m. on Monday.

“We’re living in the pandemic and now we’re also living with a snowstorm,” Ms. Ramos, an immigration organizer, said. “I’m angry because we are one of the most powerful states in the country, we have one of the best economies in the country. And yet, we’re not prepared for an emergency like this.”

Her discomfort and rising anger mirrored that of thousands of others across Texas who were demanding answers over why they remained in a prolonged blackout when they were expecting to be without power for only a short while, if at all.

“I don’t understand how so many people are without power for so long,” said Diana Gomez, who lives in Austin and works for a nonprofit group, adding that she questioned how officials decided where to cut off service and what it would mean for her older neighbors or families with small children. 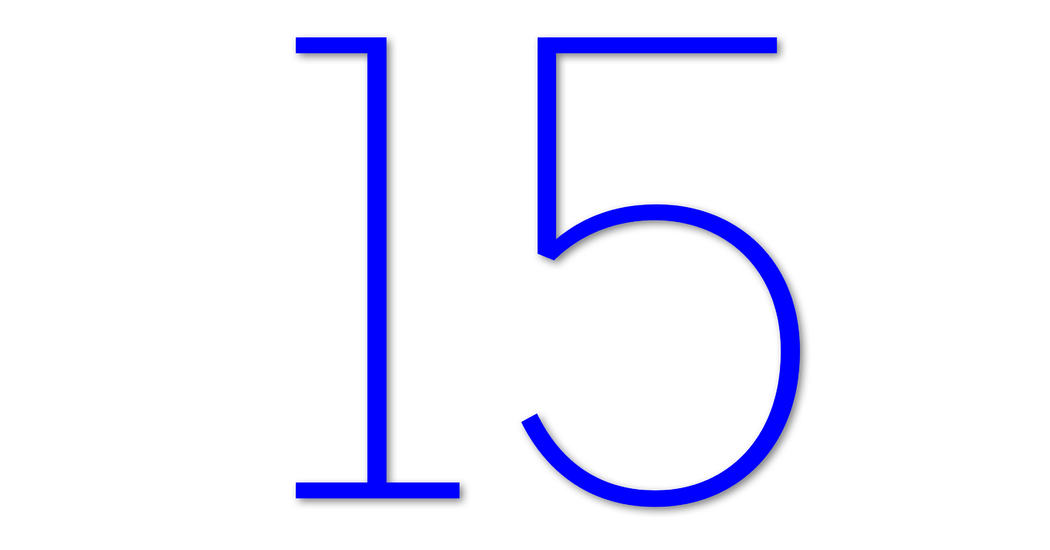 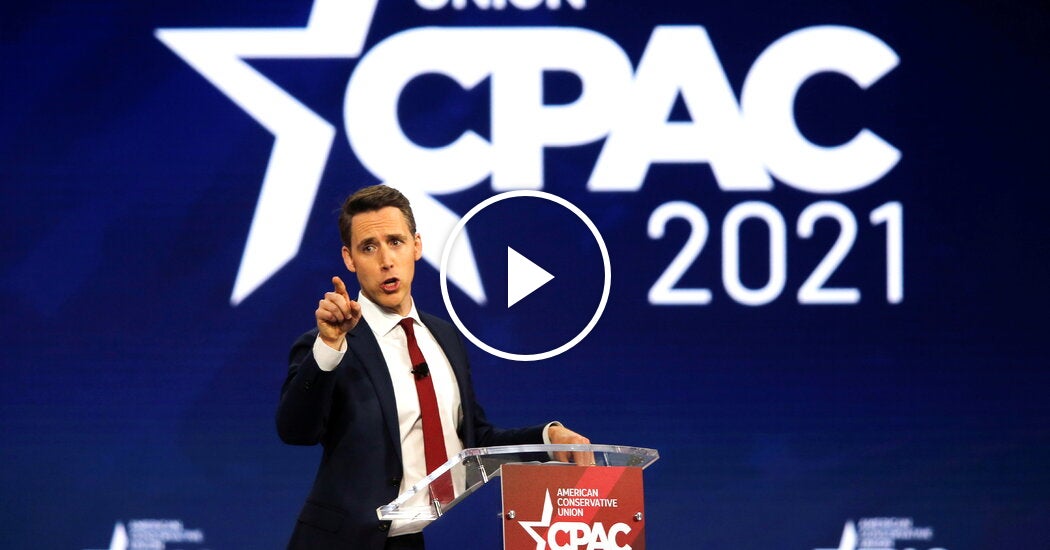 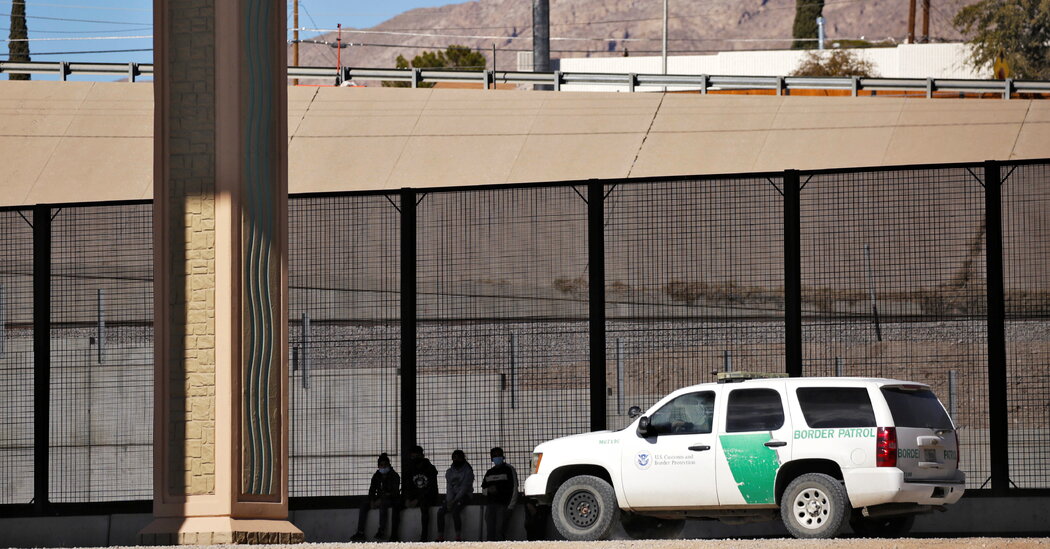 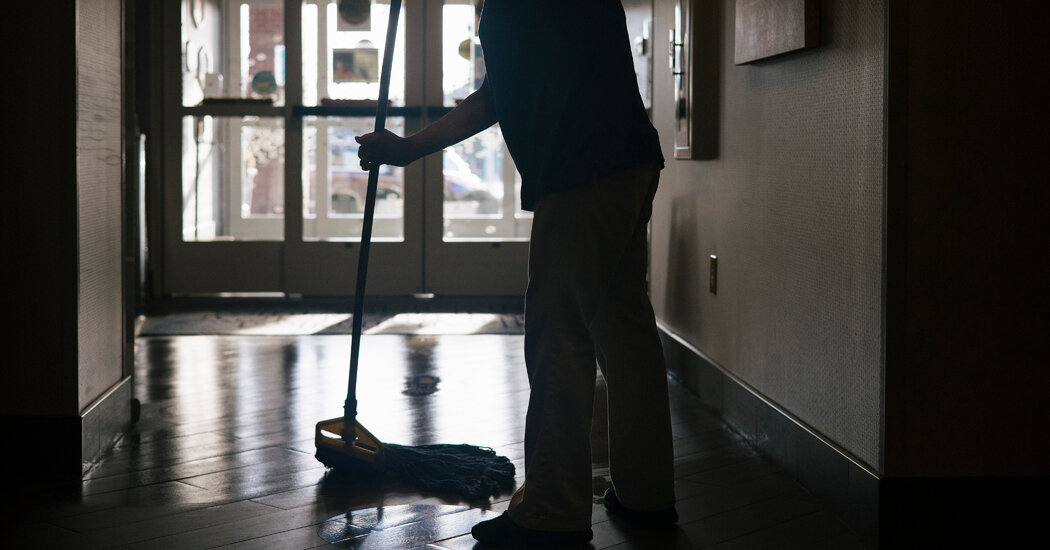 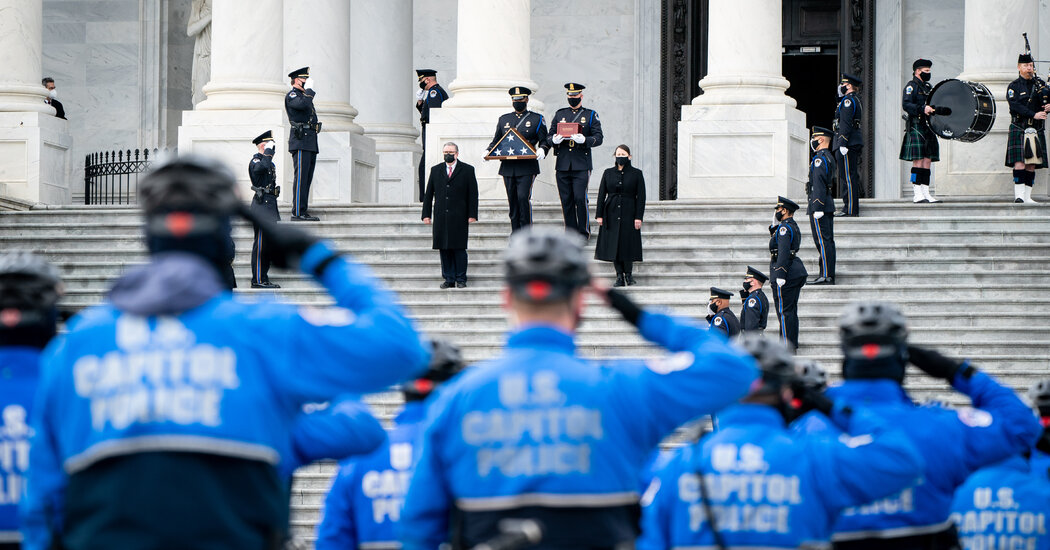 F.B.I. Said to Have Singled Out Potential Assailant in Capitol Officer’s Death 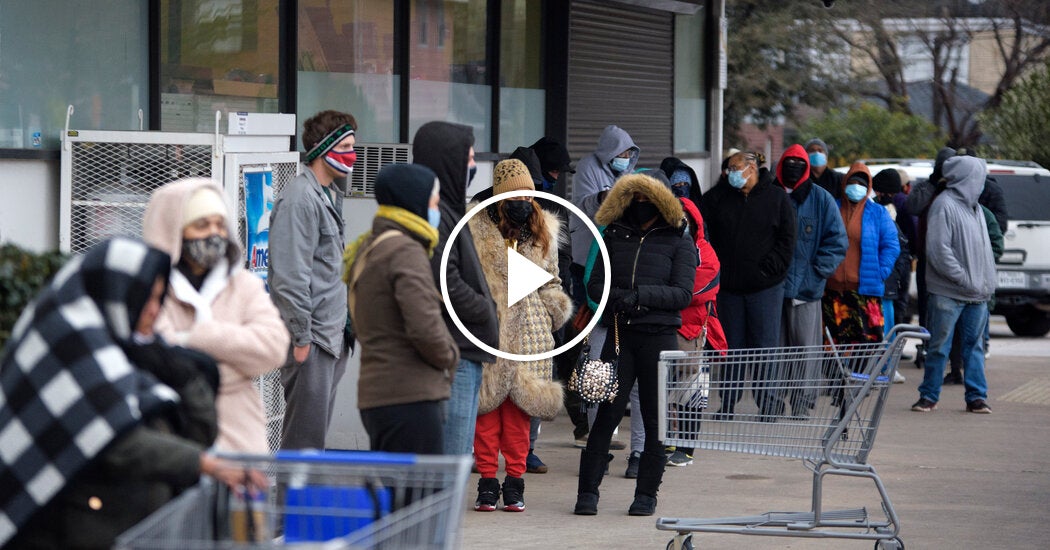 TimesVideoBiden Tours Texas Emergency Aid Centers After Winter StormsPresident Biden spent the day in Houston touring a local food bank and other areas hit by recent snowstorms. Storm damage is expected to total $20 billion, according to the Insurance Council of Texas.