These Elaborate, Poetic Dishes Are A Piece Of China’s Culinary History 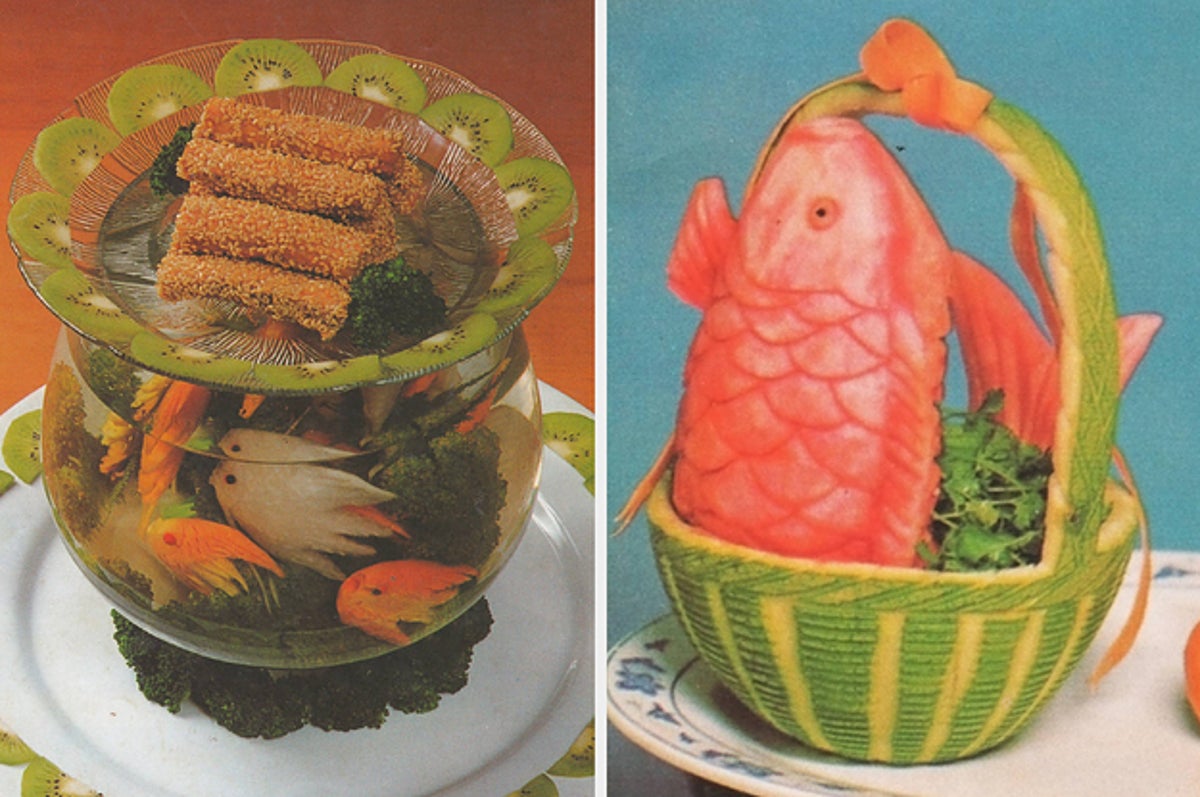 On Instagram, @chinese_plating documents food art from the 1980s and ’90s. It’s both over the top and an amazing window into what makes Chinese food so wonderful.

Dieter Mackenbach, the person behind the Instagram @chinese_plating, never would have guessed that a trip to the local library would send him on a path toward being obsessed with culinary history. Mackenbach is the person behind the Instagram @chinese_plating, which posts images of 20th-century Chinese food design in archival magazine collections, highlighting their intricate creations. The images are fun to look at — and they offer a new perspective on the cuisine, telling historical stories and showcasing impressive techniques.

“Everywhere I’ve lived, I’ve always made extensive use of the local libraries. I spent a lot of time in the Chinese National Library in Beijing and became really interested in Chinese culinary magazines,” Mackenbach said, specifically citing the ’80s magazines China Culinary and Sichuan Gastronomy. He checked them out from the library and started taking pictures because he was fascinated by the dishes; he then shared them on Instagram.

“China as a whole takes their plating seriously. How my mom plates food at home, it’s very thought-out and not natural. In culinary school, I was always told to make things look natural. But then you take something like this, and you can’t deny it’s beautiful,” said Calvin Eng. Eng is a former chef at Win Son, and is in the process of opening up Bonnie’s, a Cantonese-American restaurant in Brooklyn. He’s also a fan of the account. He said that it’s great to see the love and care that people put into these dishes in the past, and he hopes it encourages other people to pursue Chinese food further.

There has been a lot of talk in the last few years about shifting the perceptions of Chinese food in the US, and people want to emphasize the diversity, sophistication, and healthiness of Chinese food.

“Many high-end restaurants in China now copy Japanese and Scandinavian minimalist plating, which is not as individual to the country and kind of falls within the general minimalism whitewashing of everything. People send messages to thank me for sharing, claiming that it really gives them a sense of pride in their culture,” Mackenbach said.