Senate committees abruptly postpone votes on Neera Tanden, signaling pessimism on Biden’s nominee.President Biden’s nominee to lead the Office of Management and Budget has been in jeopardy since last week.By Emily Cochrane 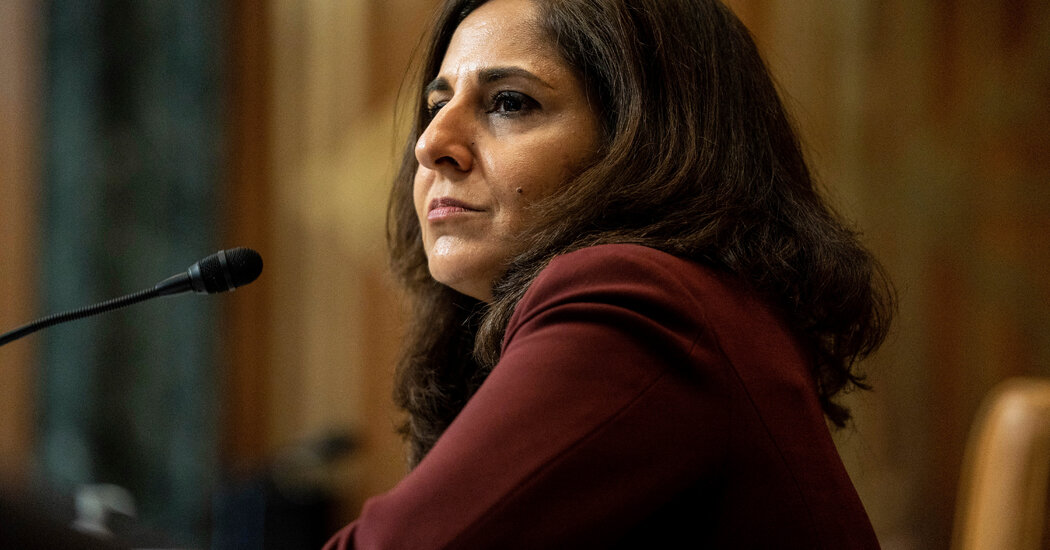 Two Senate committees abruptly postponed votes they had planned on Wednesday to advance the nomination of Neera Tanden, President Biden’s pick to lead the Office of Management and Budget, signaling pessimism that she could secure enough support to be confirmed in an evenly divided Senate.

The Budget Committee and the Homeland Security and Governmental Affairs Committee both postponed the planned votes, according to three people familiar with the situation who insisted on anonymity to discuss the decisions.

Neither panel divulged a reason for the delay, but Ms. Tanden’s nomination has been in jeopardy since Friday, when Senator Joe Manchin III, Democrat of West Virginia, announced he would not support her, citing concerns about public criticisms she made of lawmakers in both parties in Twitter posts before her selection.

White House officials have remained adamant that Mr. Biden plans to stand behind Ms. Tanden, even as moderate Republican senators who Democrats had hoped would provide the necessary votes to confirm her have announced plans to oppose her. With Manchin in the “no” column, at least one Republican would be needed to join all Democrats in support.

The vote delays came as a surprise on Wednesday morning, after Senator Bernie Sanders, the Vermont independent who leads the budget panel, had told reporters on Tuesday that his committee would move forward.