Republicans Voted to Acquit Trump For The Deadly Capitol Attack, Tying The Party To His Violence For Years To Come 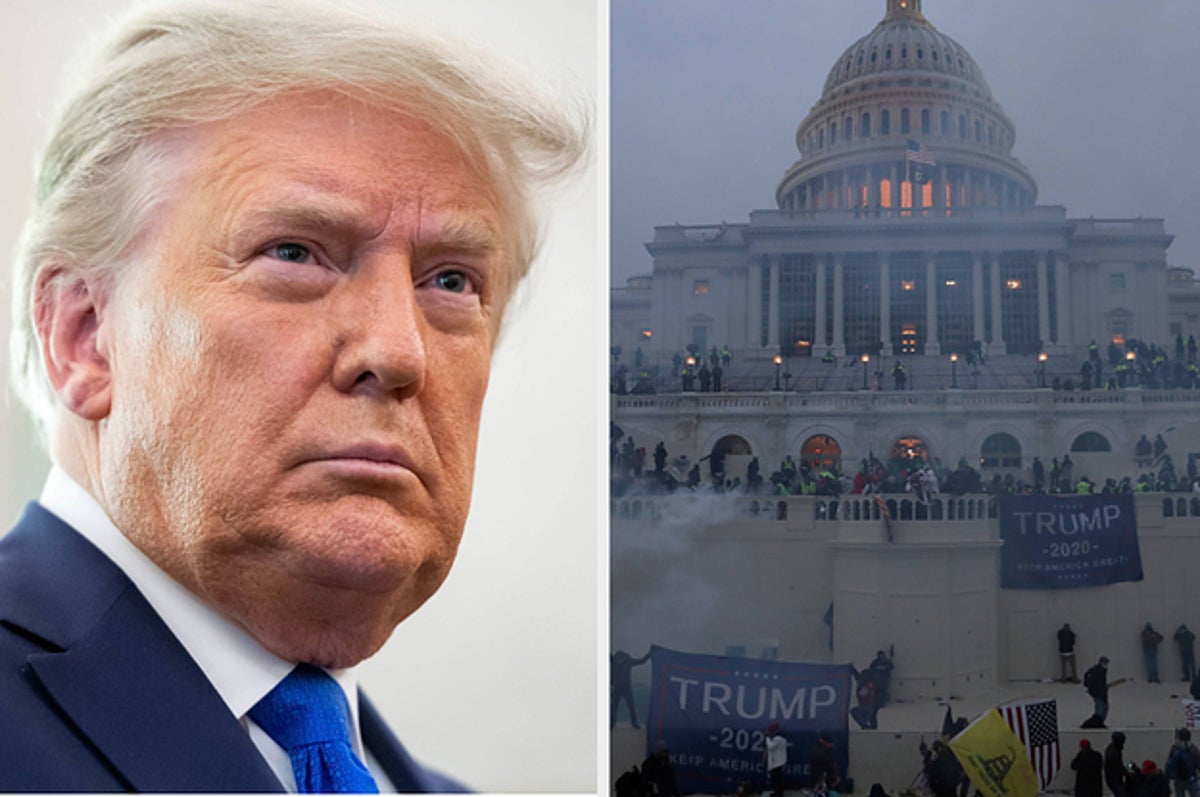 At the end of Trump’s second impeachment trial, the Republican Party chose him, political violence, delusional conspiracy theories, and armed racist militias over “law and order.”

WASHINGTON — The Republican Party operated Saturday as it did most days during Donald Trump’s four years as president, shielding him from responsibility and consequences for the deadly and dangerous things he plainly said and did, with the Senate voting to acquit him of high crimes and misdemeanors for the Jan. 6 attack on the Capitol.

Trump’s acquittal after his second impeachment trial now ties his brand of extreme politics — including the use of political violence and delusional conspiracy theories — inextricably to the future of the Republican Party. With Trump voted out of office, banned from Twitter and Facebook, and golfing in Florida, Republicans had their best opportunity to convict him and block him from running for office again, to give a sign that the party would not tolerate a naked attempt to overturn an election. Instead, they chose to keep on his good side.

Every Democrat and seven Republicans voted to convict; the other 43 Republicans voted to acquit. The 57–43 tally fell short of the two-thirds needed for impeachment. The vote was the most bipartisan in the history of US impeachment trials, although all of the party’s leadership, including Senate Minority Leader Mitch McConnell, supported the former president.

Trumpism won out over conservatism: The mob he sent to the Capitol — including people armed and racist — wanted to hang then–vice president Mike Pence, a lifelong staunch conservative who refused Trump’s demand that he try to overturn Joe Biden’s presidential victory. The mob sent members of Trump’s own party in Congress running for their lives. And the mob killed a police officer and injured 138 others, despite the conservative movement’s longtime alignment with a message of law and order. None of that mattered for most of the GOP. The party’s final act of Trump’s era in office was to officially condone his use of violence and threats against anyone who doesn’t do what he demands.

Republican senators and Trump’s legal defense team focused much of their opposition to the article of impeachment on a procedural argument about the constitutionality of voting to convict a president already out of office. Though historical precedent and most legal experts said that such an impeachment is valid, the question allowed senators to defend their votes based on logistics rather than Trump’s conduct.

Then they showed rioters breaking into the Capitol, saying they were there to fight for Trump — following his very directions.

They showed rioters wishing violence on “traitors” such as House Speaker Nancy Pelosi and Pence, who Trump repeatedly called out for going along with the Electoral College count.

They showed Pence being rushed out of the Capitol while rioters were in the building closing in on his position. They pointed out that, at the time, Trump was doing nothing to stop it.

The defense’s at times incoherent arguments focused on the same culture-war grievances that Trump has used for years. They played out-of-context video clips of Democrats to try to portray them as calling for violence; they tried to equate the Capitol insurrection with the protests for social justice that erupted in the summer of 2020 after George Floyd was murdered; they talked about being victims of cancel culture.

Republican senators themselves admitted to being shaken by the Democrats’ video presentation.

“Senators are, you know, pretty analytical, as a matter of just a profession, so it doesn’t affect me in terms of how I feel about the president’s culpability,” said Republican Sen. Kevin Cramer this week.

The former president’s acquittal also solidifies the Republican Party’s embrace of false conspiracy theories designed to undermine American democracy as a means to a political end. Trump spent weeks whipping his supporters into a fervor with objectively untrue lies that their votes had been stolen and their country was next. He invited them to the Capitol and told them to “fight like hell, or you’re not going to have a country anymore.” When things turned violent and his supporters breached the Capitol — chanting that they were fighting for Trump and believing that he was wronged in the election — he did nothing to stop it.