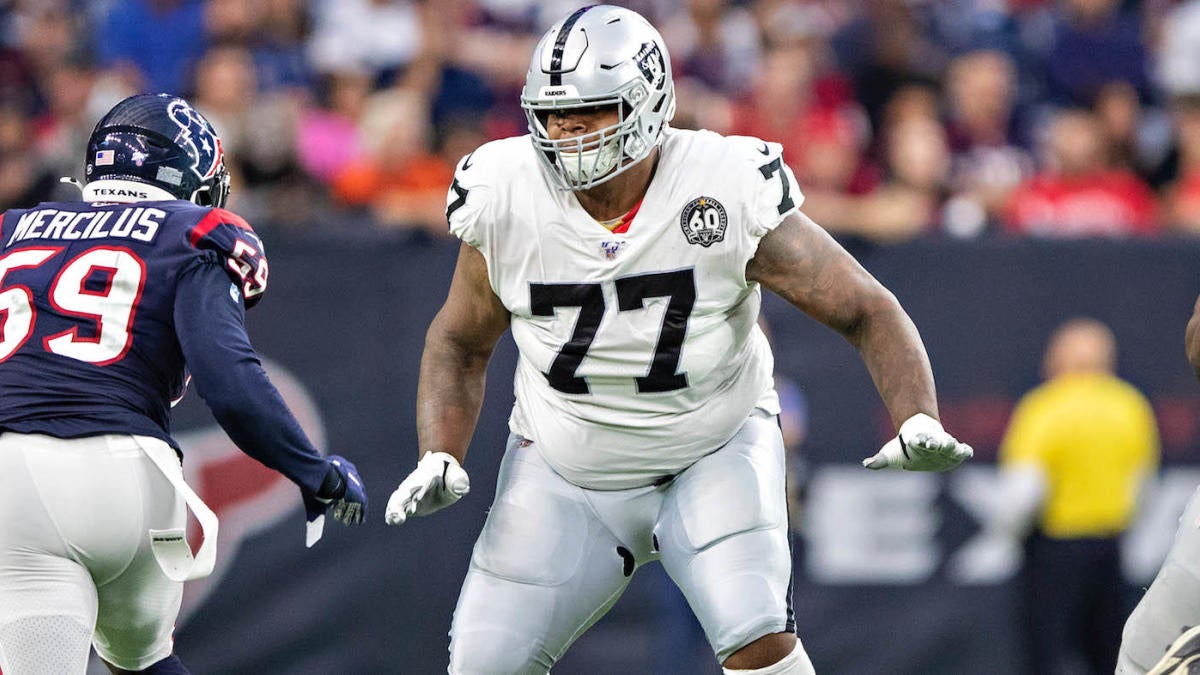 The New England Patriots are bringing an old friend back to Foxborough. On Tuesday morning, New England executed a trade with the Las Vegas Raiders that will land them offensive tackle Trent Brown, according to Ian Rapoport of the NFL Network. Brown has also reworked his contract, agreeing to a one-year deal that allows him to become a free agent after the 2021 season. Under his previous contract, Brown had two years remaining and $19.25 million left to be had. This new contract will now be worth up to $11 million, according to Field Yates of ESPN.

As for the particulars of the deal outside of Brown, Jim McBride of The Boston Globe reports that a 2022 seventh-round pick is coming to New England along with Brown and the Patriots are sending a fifth-rounder in 2022 to Las Vegas.

Brown first entered the league as a seventh-round draft choice of the San Francisco 49ers back in 2015. After spending three seasons in the Bay Area, he was acquired by the Patriots leading into the 2018 season and that’s where Brown really popped as one of the better tackles in the league. With New England, the 6-foot-8, 359 pounder started all 16 regular-season games and covered the blindside of Tom Brady at left tackle. Brown also started all three playoff games that year, including Super Bowl LIII, where the Patriots were able to defeat the Los Angeles Rams. That season, Bill Belichick’s offensive line was stellar as they leaned on a power running game to help them win their most recent championship and Brown was a key cog in that effort.

After that lone season with the Patriots, Brown entered free agency and inked a four-year, $66 million contract with the Raiders that would pay him $36.75 million guaranteed. That investment by the then-Oakland squad proved to pay off quickly as Brown pulled together a Pro Bowl season in 2019. But 2020 proved to be a bit of a different story as he was limited to five games due to COVID-19 and other health issues including a mishap with an IV prior to Week 8.

What does this move mean for the Patriots? When healthy, Brown is as dominant of a force at tackle that you’ll find and they know quite well the ceiling he brings to this unit. This trade could also be a sign of what’s to come with some other key pieces to the O-line as we step closer to the start of the new league year and free agency. This move now gives the Patriots the flexibility to kick 2018 first-round pick Isaiah Wynn in at guard, which would then make star left guard Joe Thuney — a pending unrestricted free agent — as good as gone. Meanwhile, this could also make veteran Marcus Cannon expendable thanks to the emergence of rookie Michael Onwenu. The Patriots could clear around $7 million off their cap if they were to release Cannon. However it ultimately shakes this unit up, New England is getting itself a known commodity with high upside that at the very least creates tremendous depth.