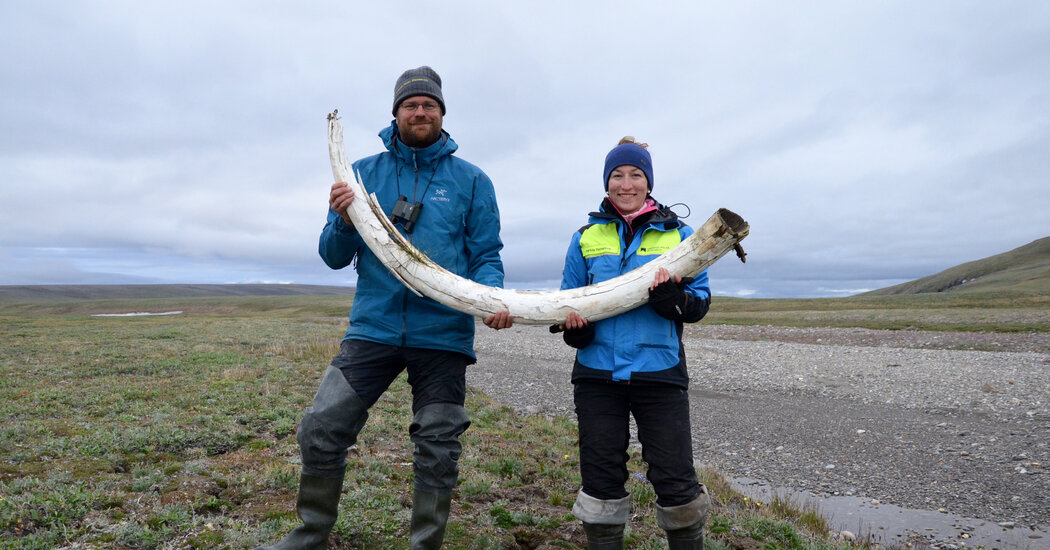 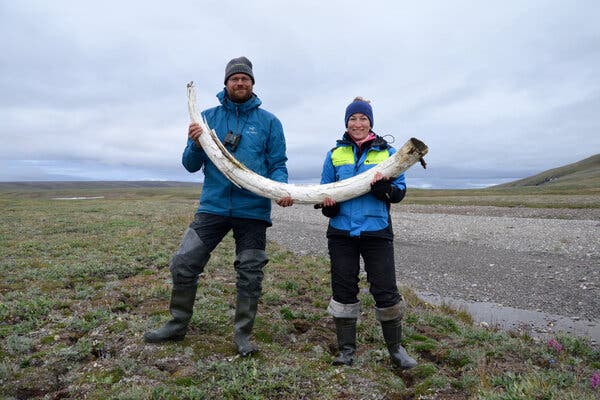 Imagine an elephant, but significantly taller and heavier and with longer tusks. That’s the Columbian mammoth, an imposing animal that roamed much of North America during the most recent ice age.

When it comes to the mammoth family tree, it has long been believed that the Columbian mammoth evolved earlier than the smaller, shaggier woolly mammoth. But now, using DNA that is more than a million years old — the oldest ever recovered from a fossil — researchers have turned that assumption on its head: They found that the Columbian mammoth is in fact a hybrid of the woolly mammoth and a previously unrecognized mammoth lineage.

These results were published on Wednesday in the journal Nature.

Mammoths are depicted in many cave paintings, a reflection of their importance as a source of food, skin and bone during the Pleistocene. During the last ice age, humans living in what is today the United States would have primarily encountered the Columbian mammoth, said Love Dalen, a paleogeneticist at the Centre for Palaeogenetics in Stockholm. “It’s an iconic species of the last ice age,” he said.

Fossilized remains of mammoths, particularly those preserved in exquisite detail, can shed light on how these animals lived and died. But analyzing an ancient creature’s genetic code — by recovering its DNA and reassembling it into a genome — opens up vast new research possibilities, said David Díez-del-Molino, another paleogeneticist at the Centre for Palaeogenetics. “You can track the origin of species.”

A team of researchers, including Dr. Dalen and Dr. Díez-del-Molino, recently set out to do just that using three mammoth molars unearthed in northeastern Siberia.

The researchers started by extracting a bit of material from the interior of each tooth with a small dentist’s drill. They then used chemicals and enzymes, followed by a washing protocol, to isolate the DNA in the resulting tooth powder.

Most of the DNA they extracted consisted of sequences just a few tens of base pairs long. That is to be expected because the passage of time is tough on DNA molecules. Bacteria and enzymes chop up DNA after an organism dies, and water and cosmic rays continue the degradation process even after a sample is buried in permafrost.

What started out as strands millions of base pairs long soon degrade, said Patricia Pecnerova, an evolutionary biologist at the University of Copenhagen and a researcher on the team. “The DNA is very fragmented,” she said.

But before everything can be put back together digitally, it’s necessary to decontaminate each sample, said Tom van der Valk, another team member and a bioinformatician at the Science for Life Laboratory in Stockholm. That’s because DNA from plants, bacteria and humans is wildly adept at sneaking into fossils, he said. “A large fraction of our data doesn’t come from the mammoth.”

To weed out interloping DNA, the team compared the sequences with genetic code from an African elephant, a close relative of mammoths. They discarded anything that didn’t match. Furthermore, they threw out sequences that matched the human genome.

After removing the non-mammoth DNA, the team was left with between 49 million and 3.7 billion base pairs in each of their three samples. (The mammoth genome is roughly 3.2 billion base pairs, which is slightly larger than the human genome.) The researchers compared their data with African elephant DNA a second time, which allowed them to put all their DNA fragments in the correct order.

This mammoth DNA smashes the record for the oldest DNA ever sequenced, which was previously held by a roughly 700,000-year-old horse specimen, said Morten E. Allentoft, an evolutionary biologist at Curtin University in Perth, Australia, who was not involved in the research. “It’s the oldest DNA that’s ever been authentically identified,” he said.

When the researchers looked at the three genomes they reconstructed, the oldest stood out. “The genome looked weird,” Dr. Dalen said. “I think it’s likely this is a different species.”

That was a shock: Researchers have long believed that there was only a single lineage of mammoths in Siberia that gave rise to woolly and Columbian mammoths. This discovery suggests that a previously undiscovered mammoth lineage existed as well.

“It’s a huge surprise,” Dr. Dalen said. “It’s completely unexpected from the paleontology that there would be a second lineage.”

The team next compared the three genomes with the genetics of the Columbian mammoth, which ambled across much of North America as recently as 12,000 years ago. The goal was to determine how, if at all, these two species were related.

They found persuasive evidence that the woolly mammoth and this new unknown lineage crossbred to form the Columbian mammoth, a hybrid species.

No one knows where and for how long this new mammoth lineage thrived, Dr. van der Valk said. “It’d be absolutely amazing if we could get a few more samples of this lineage.”

There’s also the possibility of reconstructing older and older DNA, Dr. Dalen said. We won’t recreate Jurassic Park, he said, but theoretical models suggest that DNA might survive for up to a few million years. “I don’t think we’re at the limit yet.”

The researchers started by extracting a bit of material from the interior of each tooth with a small dentist’s drill. They then used chemicals and enzymes, followed by a washing protocol, to isolate the DNA in the resulting tooth powder.

Most of the DNA they extracted consisted of sequences just a few tens of base pairs long. That is to be expected because the passage of time is tough on DNA molecules. Bacteria and enzymes chop up DNA after an organism dies, and water and cosmic rays continue the degradation process even after a sample is buried in permafrost. 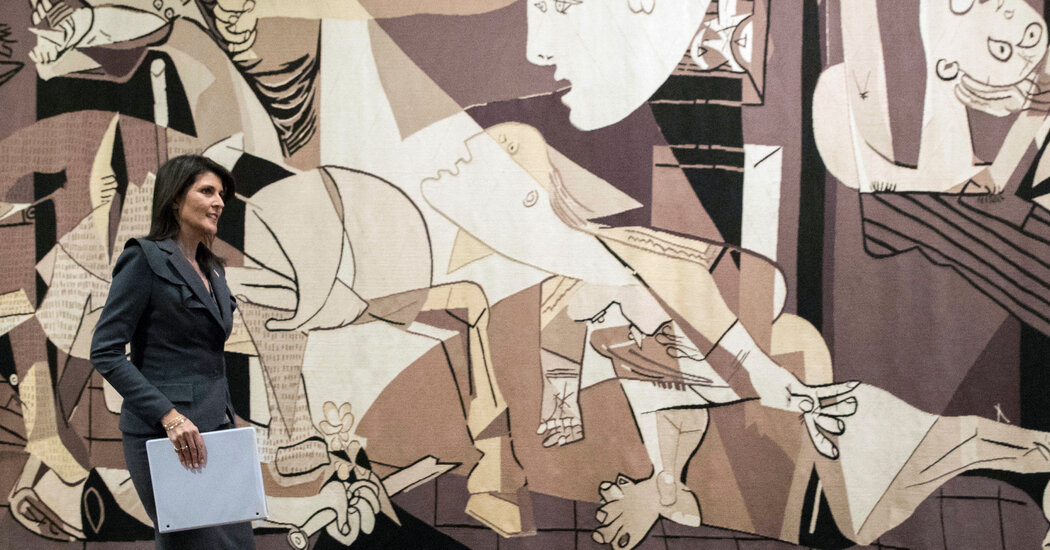 ‘Guernica’ Tapestry Is Taken Back From U.N. by a Rockefeller 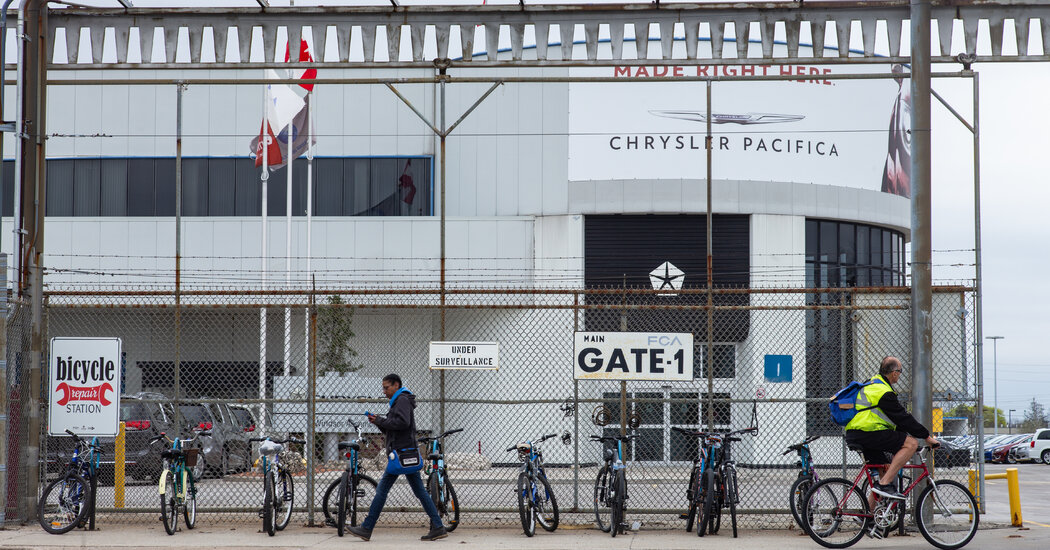 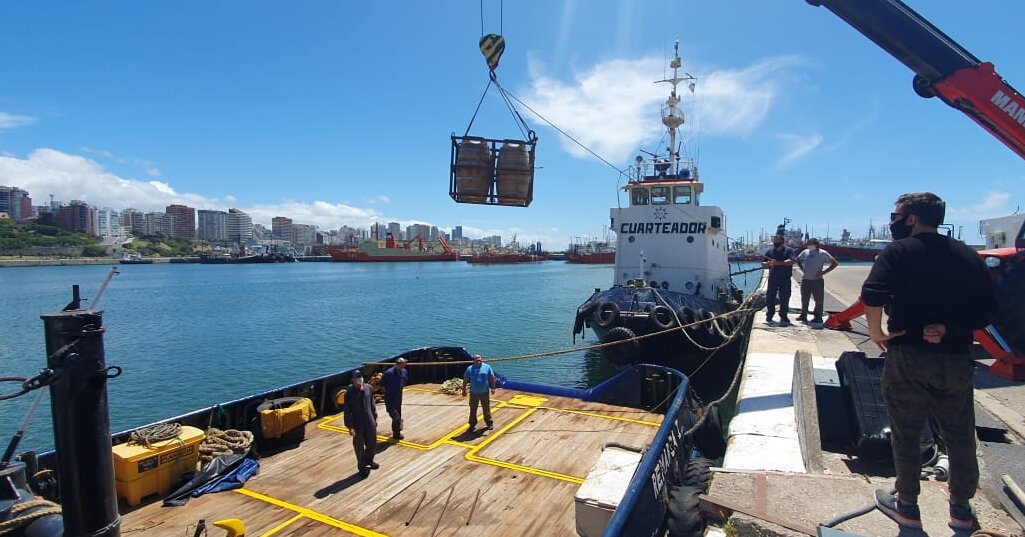 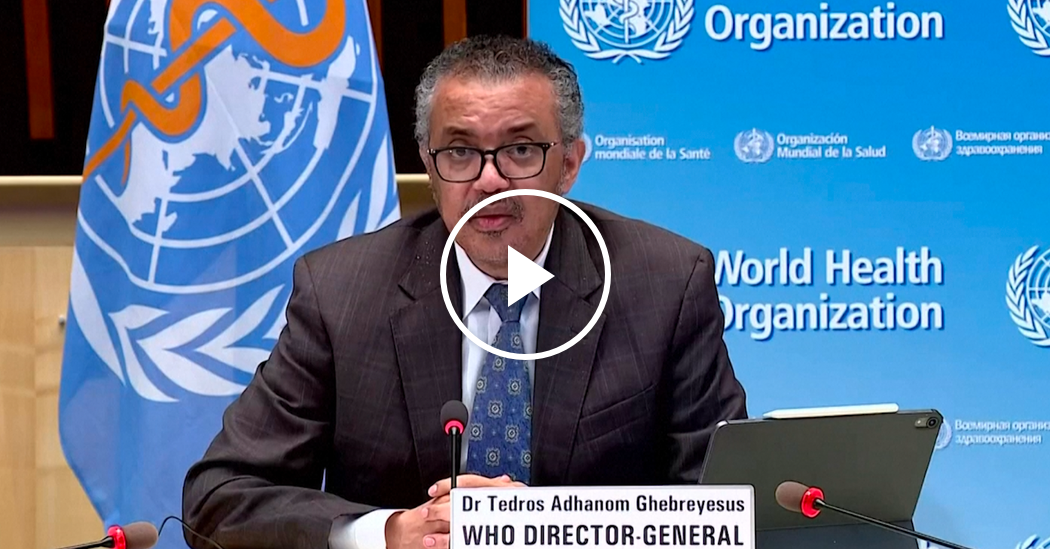