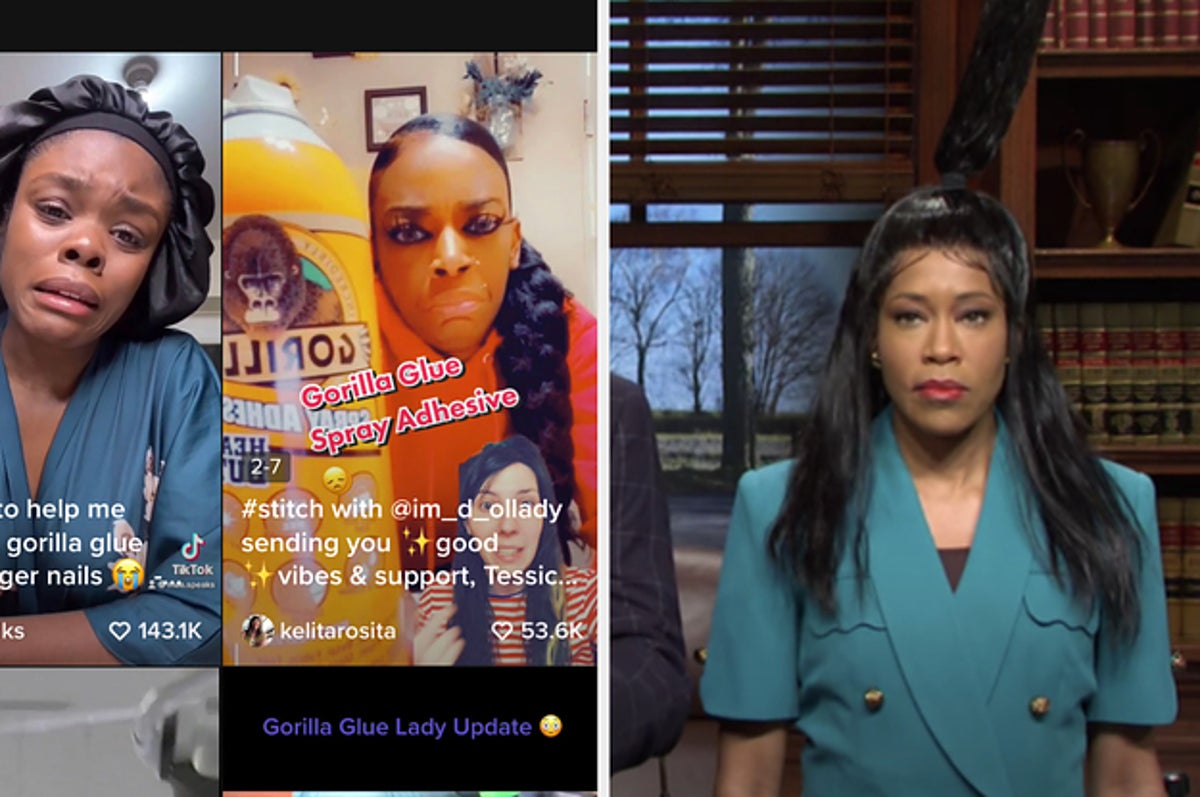 Earlier this month, 40-year-old Tessica Brown uploaded a 60-second TikTok explaining how her sleek ponytail had been constructed and molded in place with Gorilla Glue for more than a month. The events that followed still don’t entirely make sense to her.

“I don’t know why it went viral. I still don’t know,” Brown said in an interview with BuzzFeed News.

Within hours, as she anxiously searched for a solution to her mishap, Brown became a trending topic referred to simply as “Gorilla Glue Girl.” People anxiously asked for updates and incredulously wondered how that could have happened. Overnight, Brown, a daycare worker and dance coach from St. Bernard Parish in Louisiana, was catapulted from obscurity to viral internet fame. A talent management approached her and is now representing her. Brown discussed how she is still recovering from the whiplash associated with sudden internet fame — the intense scrutiny, the cyberbullying, and a massive audience of followers all waiting for what she does next.

“I’ve washed my hair 15 times and it don’t move. Stiff where?” said Brown in her plea to the internet. The clip, which has been viewed nearly 40 million times, is one she now says she regrets sharing altogether. In a follow-up video, to demonstrate the seriousness of her situation, the mother of five smothers her hair with shampoo and scrubs, to no avail.

Over the course of six days, people online waited with anticipation for the next update in the unfolding ordeal. It ended with a four-hour procedure performed by Ghanaian American plastic surgeon Michael Obeng. Obeng successfully removed the adhesive from what remained of Brown’s hair without charging her for the surgery, which he performed in Los Angeles.

“I can’t even explain how that made me feel. To go a month without being able to do nothing. You could scratch my head and it felt like cardboard or concrete. When I woke up from the surgery was like it was like Christmas morning,” Brown said.

Online, Brown received some words of support from figures like Chance the Rapper, who tweeted, “When I watched the video the second time it was hard to laugh cause I could tell shorty genuinely didn’t know she had put one of the worlds most powerful adhesives in her shit. I hope she recovers well.”

Like many people, Darian Symoné Harvin was stunned by Brown’s admission that she had used a heavy-duty adhesive to style her hair, and decided to investigate the situation further. The Los Angeles–based writer shared a continuously updated timeline of the events via her newsletter, Beauty IRL.

“I felt like I went through this emotional journey of first, kind of like laughing and being amused and then my smile started to fade, and then very quickly by the end of this video, I could tell that this might be beyond just a very easy hair fix,” Harvin told BuzzFeed News.

The collective investment in Brown’s fate reverberated through all corners of the internet. At the center were Black women, who could relate on some level to the distressing feeling of a hair mishap.

“This is a Black woman and first of all, our hair is political no matter how we wear it, so we should start there,” explained Harvin.

“Something that distinguishes this story is that there is the point that I’ve seen people make that no matter what her race is, this would be an outrageous viral story, and I would agree with that,” Harvin said. “But I think what added an extra layer of emotion and investment was because of Black women, knowing and understanding, number one, when you have a hair issue, but also, number two, that no matter…how you wear your hair, it is politicized like by our culture.”

Harvin noticed that the growing interest regarding Brown was accompanied by a slew of misinformation, so she committed the time to debunking it in her coverage. For Brown’s critics, Harvin posed what she considers to be a larger question underlining the entire ordeal: “What have you done for beauty?”

“As Black women, we are expected, I think, to look prim and proper and neat professionally when we walk out the house, we compliment each other when our edges are laid, when we look good, when no hair is out of place,” Harvin said.

Brown isn’t immune to the beauty standards that Harvin said have an effect on “the way that we decide to present ourselves.”

“Really, it comes down to hair manipulation. And quite honestly, I would say whether you’re a natural or not, you have tried to manipulate your hair in some way,” Harvin said.

As her visibility and following on social media ballooned, so have the memes, commentary, and trolling, much of which has been overwhelming for Brown. Brown’s attorney recently sent a cease-and-desist letter to a blogger who she said had gone “way too far” in an online campaign calling Brown a “complete liar.”

So, Uh, A Plastic Surgeon Logged Into Traffic Court Via Zoom While Operating On A Patient