College basketball rankings: Ohio State fading at the worst time, drops to No. 8 in Top 25 And 1 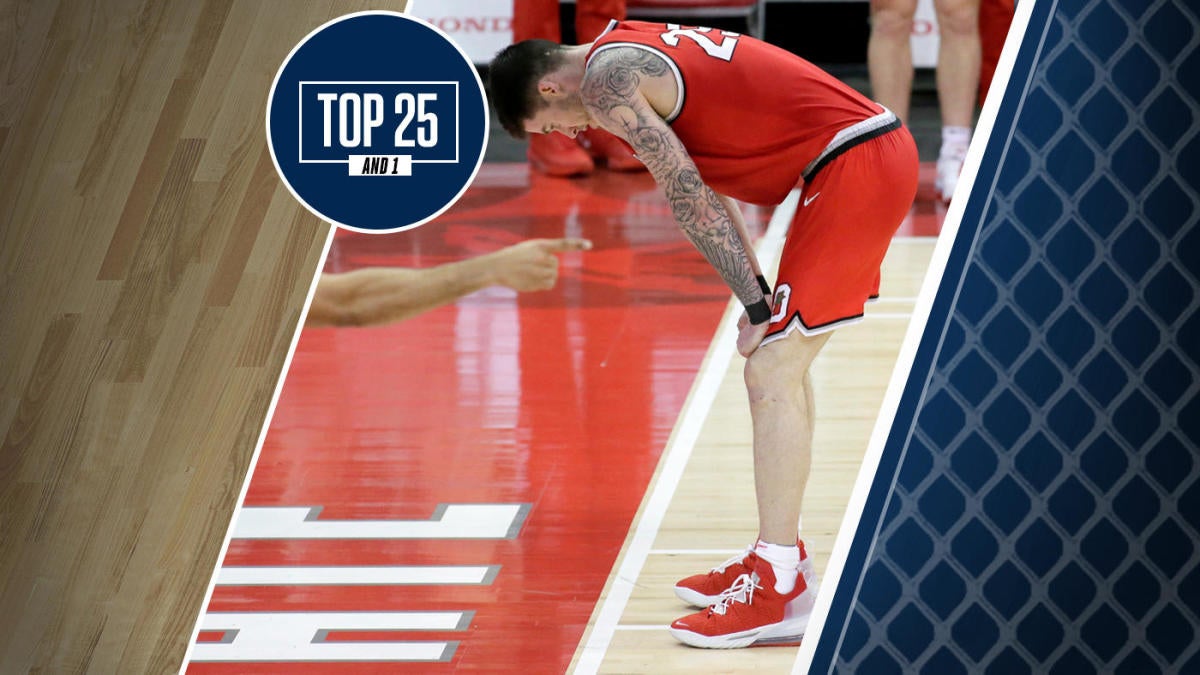 Ohio State started the season ranked 10th at KenPom and never dropped lower than 25th before bouncing around inside the top 10 the entire month of February. The Buckeyes were rolling and a projected No. 1 seed for the NCAA Tournament, according to most. But with a roster short on obvious NBA talent — and just short in general — a bumpy stretch was always a possibility, especially in a league like the Big Ten. So it shouldn’t be too surprising that things have turned a little sideways for Chris Holtmann’s team. But, surprising or not, taking a three-game losing streak into March is obviously less than ideal.

“They clearly outplayed us, outperformed us, outcoached us,” Holtmann said after Sunday’s 73-57 loss to Iowa, which doubled as the Buckeyes’ third straight loss, and second straight at home. “We’ve got to get back to work.”

Holtmann is right, of course. And he’ll get this turned around, I’d bet. But Ohio State’s shortcomings on defense are very real and problematic. And it always seemed like just a matter of time before it would start costing the Buckeyes victories.

Now here we are.

Ohio State’s past three opponents — Michigan, Michigan State and Iowa — have combined to shoot 49.1% from the field against the Buckeyes, which has caused OSU to slip to No. 81 nationally in adjusted defensive efficiency. That’s clearly not a number that’ll prevent Ohio State from being good because Ohio State has been good all season despite a suspect defense. But it should be noted that the average final adjusted defensive-efficiency ranking of Final Four teams over the past five NCAA Tournaments is 15.3, and nobody with a final adjusted defensive-efficiency ranking worse than 47th has advanced to the last weekend of the season in that stretch. Again, Ohio State currently ranks 81st. So that’s likely something that’ll need to improve for the Buckeyes to be legitimate contenders to win the 2021 NCAA Tournament.

Ohio State is No. 8 in Monday morning’s updated CBS Sports Top 25 And 1 daily college basketball rankings. The Buckeyes are scheduled to close the regular season Saturday against Illinois.