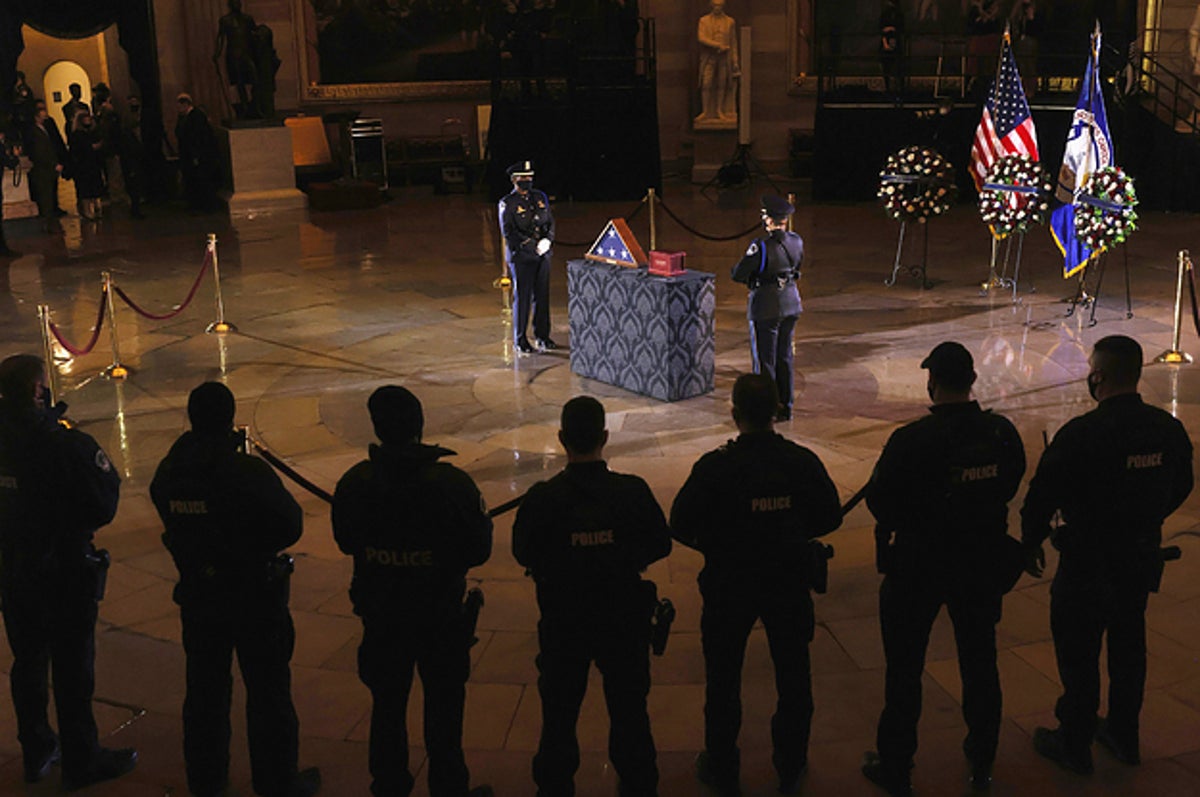 Capitol Police officers are furious at how their bosses handled the Jan. 6 attack and want to see a radical overhaul of the department, not “political theater.”

Members of Congress have been falling over themselves to praise the bravery of the Capitol Police since the attack on Jan. 6.

But behind the scenes, Capitol Police have been casting ballots in a vote of no confidence in their management. Both Democrats and Republicans have lauded officers for the quick thinking that saved a number of members of Congress and then–vice president Mike Pence from the rioters, but officers are angry precisely because they were forced to improvise after their managers failed to plan for the attack.

BuzzFeed News has been speaking to Black Capitol Police officers in the wake of the attack on the Capitol. They want more than just to be called heroes. They want Capitol Police leadership and Congress, which directly oversees the department, to radically change its culture, which they said, directly led to the catastrophic failure to prepare for the Capitol riot. The officers said they believe the first step to overhauling the agency would be introducing transparency and accountability. As part of the legislative branch, the agency isn’t subject to Freedom of Information requests. What little was known about the department before Jan. 6 largely came from lawsuits alleging discrimination filed by women and minority officers against the agency.

Officers are casting their no-confidence ballots during a 24-hour period that started at 3 p.m. on Thursday. The ballot asks officers to vote on six chiefs, who together represent nearly all of the department’s high command. The vote is nonbinding and cannot by itself remove top brass. But for one veteran officer, the vote is key to moving the conversation from what he described as “political theater” to real accountability that would force department leadership and Congress to address officers’ concerns.

On Thursday morning, shortly before the no-confidence vote started, House Speaker Nancy Pelosi announced that officers who were on duty on the day of the attack would receive the Congressional Gold Medal, the highest honor bestowed by Congress.

For one veteran officer, who spoke to BuzzFeed News last month and whose story was highlighted by Rep. Jamie Raskin in the Democrats’ opening statement during the impeachment hearing, news that he and his colleagues would be receiving the Congressional Gold Medal was “like a shot of adrenaline in the arm” after an emotional roller coaster of a week.

But for another, the medal felt like a distraction to officers’ efforts to use the no-confidence vote to call for substantive change within the department.

“We are paid to do a job. We don’t much want or need the recognition,” said the veteran with nearly two decades on the force. “If they wanted to show their appreciation, there are a myriad of other ways to do that.”

The officers are still dealing with the physical and emotional aftermath of the attack, which saw a colleague, Brian Sicknick, killed in the line of duty.

“Everyone would trade any of this in for Sicknick back, as well as everyone who is out with their various injuries. Political theater is part of the game; it just feels slimy and disingenuous,” he said.

The officer also said he felt conflicted during the memorial service for officer Sicknick last week. “We were being utilized as props. They had us in the plaza and they’re taking pictures and all this stuff,” he said. “I have nothing but respect for him and only want to honor his memory, but it just didn’t sit right with me or a lot of officers I spoke to.”

India Has Its Own Alternative To Twitter. It’s Filled With Hate.