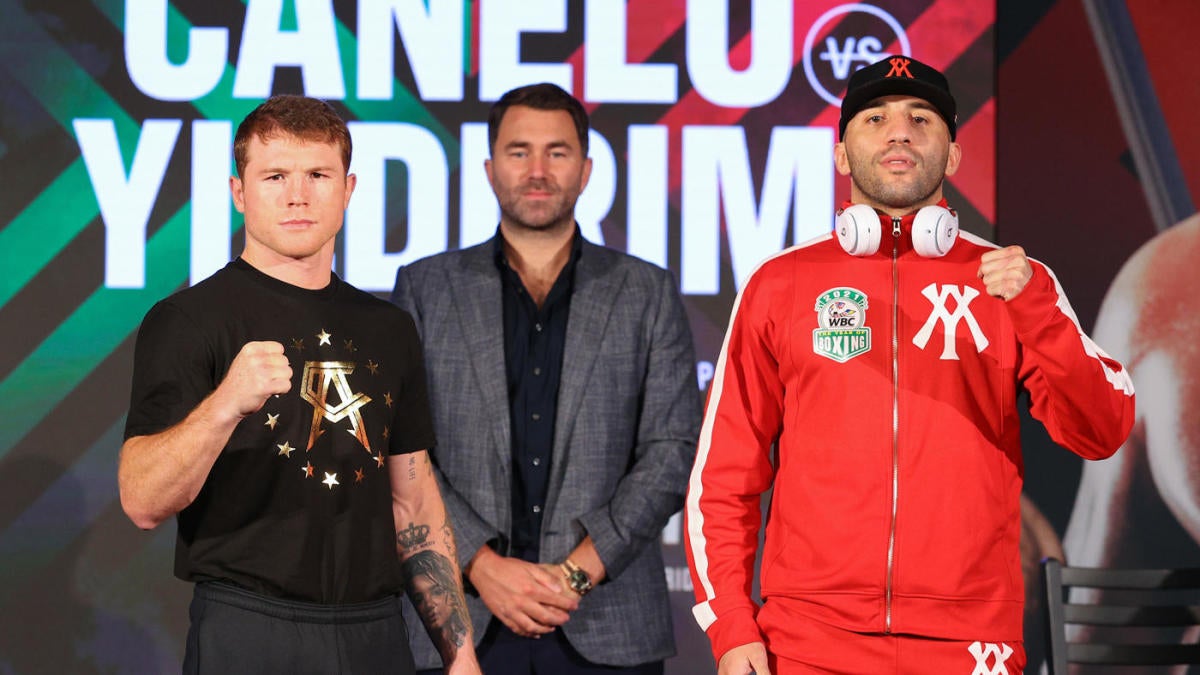 Taking into consideration the goal to close out plans for an ambitious 2021 by becoming the first undisputed champions at 168 pounds, unified super middleweight champion Canelo Alvarez is forced to look at Saturday’s return against Avni Yildirim as a means to an end.

Alvarez (54-1-2, 36 KOs) is a 40-1 betting favorite to defeat his mandatory challenger when the pair of 168-pound fighters touch gloves in front of 15,000 socially distanced fans at Miami’s Hard Rock Stadium for Alvarez’s WBA and WBC titles.

Although Yildirim (21-2, 12 KOs), a 29-year-old native of Turkey, is plenty game and aggressive as a rugged brawler, few are giving him more than a small puncher’s chance as most expect the Mexican superstar to score a rousing knockout in his first fight in south Florida since a first-round stoppage of Raul Pinzon in 2008.

“I hope so, I hope it’s a knockout because people really enjoy watching knockouts but I’m ready for whatever,” Alvarez told “Morning Kombat” this week.

Can’t get enough boxing and MMA? Get the latest in the world of combat sports from two of the best in the business. Subscribe to Morning Kombat with Luke Thomas and Brian Campbell for the best analysis and in-depth news, including a complete preview of Canelo vs. Yildirim.

Alvarez has been uncharacteristically gruff this week when any mention of the betting odds have been brought up or when it has been pointed out that Yildirim, fresh off a two-year layoff and a loss in his last fight, doesn’t scream deserving of the opportunity.

In his defense, Alvarez pointed out how little respect he got in December by dominating unbeaten champion Callum Smith before announcing a return for just two months later, kicking off an ambitious plan for four fights this year including two unification bouts.

Although Alvarez, 30, doesn’t believe there’s another fighter at 160 or 168 pounds who would deserve to be favored to beat him, he’s far from looking past Yildirim and respects what his hungry opponent brings to the table. The two fighters previously sparred together in 2018 when Alvarez brought in Yildiirm to help prepare him for a rematch against Gennadiy Golovkin.

“That’s what we thought with Callum Smith but the truth is, I’m in my best moment and I find it really difficult to see someone giving me problems.”

Yildirim has enlisted the services of respected trainer Joel Diaz to help him refine his face-first style just a bit in preparation for Alvarez’s counter shots. Yet it’s Alvarez’s own trainer, Eddy Reynoso, who has finally begun to receive what Alvarez believes is long-awaited recognition as one of the top coaches in the game.

In addition to Alvarez, whom he has trained from Day 1 of the four-division champion’s career in 2005, Reynoso recently guided unbeaten lightweight Ryan Garcia to the biggest win of his young career in January over Luke Campbell and junior lightweight champion Oscar Valdez last week to an upset knockout of Miguel Berchelt.

“It’s a very important relationship, the one between a fighter and his trainer,” Alvarez said. “[Reynoso] has been with me from the beginning and has taught me everything. Now that he gets the credit he deserves is something that I knew all along.”

The co-main event of this card was expected to see Julio Cesar Martinez defend his WBC flyweight title against McWilliams Arroyo, but Martinez was forced to withdraw earlier in the week after suffering a hand injury. The bout — a WBC mandatory title defense for Martinez — was originally scheduled for last August, but Martinez was forced to withdraw from that contest with a gastrointestinal issue. Now, Zhilei Zhang vs. Jerry Forest at heavyweight will serve as the co-main event.

Alvarez is the best boxer in the world at the moment. But is he that much greater than Yildirim to be this big of a betting favorite?

In some ways, the answer is no. Yildirim will have a nearly four-inch height advantage over Alvarez, who is small for the 168-pound division despite showing good power. But in many other ways, it’s hard to not look at this as nothing more than a stay-busy fight that shouldn’t go past the first few rounds.

Unless Yildirim can toe the line of being dirty and force Alvarez into a brawl by hurting him in the early going, the gap in everything from speed to technique lean overwhelmingly in Alvarez’s favor. In fact, Yildirim much more resembles the threat brawler James Kirkland brought into his 2015 bout with Alvarez in which he was carved up and knocked out cold in three rounds than anyone else Alvarez has faced in recent years.

Look for Alvarez to be patient in the opening round as he navigates distance before catching Yildirim on the way in with a clean uppercut to end the fight.

Who wins Alvarez vs. Yildirim? And which prop is a must-back? Visit SportsLine now to see Peter Kahn’s best bets for Saturday, all from the fight game manager who is 32-8 on boxing picks since the sport returned, and find out.