Brexit Was Sold as Taking Back U.K. Control. Post-Brexit Is Out of Control. 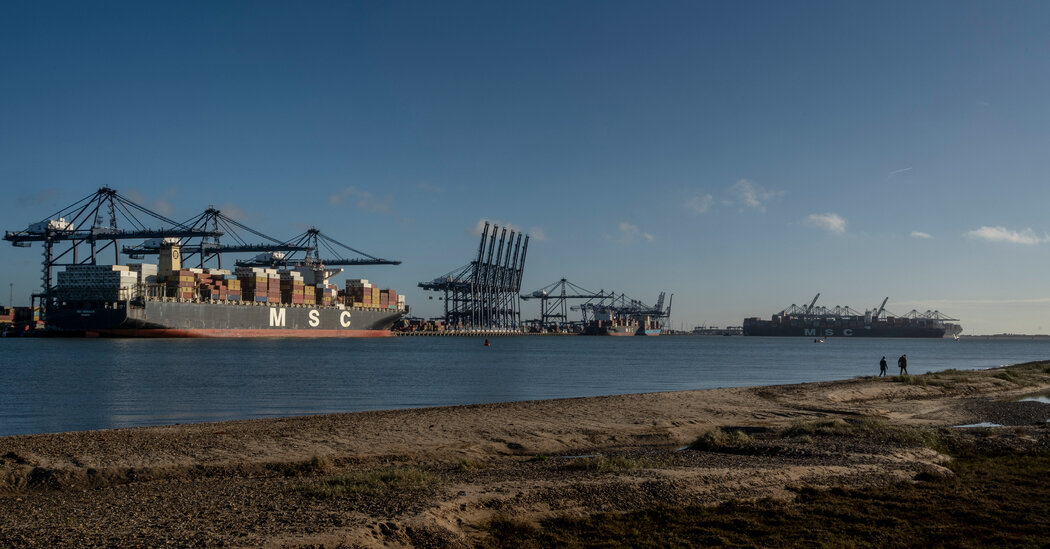 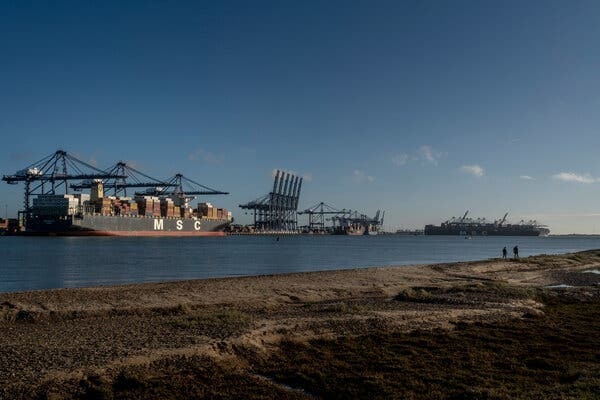 LONDON — As the new year made Brexit a reality, Tony Hale encountered the pitfalls of Europe’s redrawn geography. Specifically, he confronted the need to extricate 53 tons of rotting pork products from administrative purgatory at a port in the Netherlands.

For more than two decades, Mr. Hale’s company had shipped pork to the European Union without customs checks, as if the United Kingdom and the continent across the water were one vast country. With Britain now legally outside the bloc, exporters suddenly had to navigate inspections, safety regulations, and a bewildering crush of paperwork.

“It’s a new game, and we have got to learn the rules,” Mr. Hale said. “We are having to double- and triple-check every document.”

In the early days of the post-Brexit era, Britain is struggling to adapt to its new position in the global economy — its fortunes still tethered to the European Union; its companies on the outside. The trade deal Britain struck late last year with the European Union stopped tariffs from being imposed on goods exchanged across the English Channel, but did not prevent the revival of customs procedures, health and safety checks, value-added taxes on imports, and other time-consuming, commerce-limiting hindrances.

Businesses across Britain are now contending with paralyzing confusion and unfamiliar bureaucratic hurdles. Paperwork snafus, customs horrors and other expensive disruptions are intensifying the strains on an economy that was already reeling from the pandemic.

On Friday, the Office of National Statistics announced that Britain’s economy contracted by nearly 10 percent last year, the worst plunge in centuries. Economists have anticipated a robust expansion later this year, as Britain’s vaccination campaign — among the world leaders — yields a return to normalcy, but Brexit-related mishaps are likely to limit the upside.

Prime Minister Boris Johnson, a Brexit champion, has portrayed Britain’s independence from Europe as a strength in allowing the government to move quickly on its vaccination drive. Administration officials have minimized Brexit troubles, describing them as “teething problems” that will subside once businesses master the intricacies of the new procedures.

But many companies — especially small- and medium-sized firms — lament what feels like a new normal.

The European Union has traditionally purchased nearly half of Britain’s exports. The volume of exports crossing the channel in January collapsed by more than two-thirds compared to the previous year. Some producers of fish, shellfish, meat and dairy have been cut off from markets in Europe, suffering a catastrophic plunge in sales.

Transport firms are so wary of the complexities of sending goods from Britain to Europe that many are avoiding the business. Roughly half of all trucks bringing goods from the French port of Calais to the English port of Dover are now returning empty, transporting nothing but thin air.

Britain’s lucrative finance industry has seen trading in the stocks of European companies shift abruptly to the continent, as Amsterdam has displaced London as the primary market for such shares. Growing volumes of the exotic instruments known as derivatives — especially those denominated in euros — are abandoning London for New York.

Manufacturers are contending with grave disruptions to their supplies of finished products, components and basic materials.

And the changes imposed by Brexit are only beginning, as London and Brussels continue to renegotiate the rules governing future commercial dealings across the channel.

“We are going to be living with Brexit for the rest of our lives,” said Jeremy Thomson-Cook, London-based chief economist at Equals Money, an international money manager. “The coronavirus is an acute condition. Brexit is chronic.”

During the 2016 Brexit referendum campaign, those in favor of leaving Europe promised businesses liberation from the suffocating regulations and time-sucking bureaucracy that supposedly prevailed across the Channel.

James Wilson was dubious. He harvests mussels from the seabed of the Menai Strait in northern Wales. Traditionally, such mollusks are unloved by Britons, making him dependent on Europe for 98 percent of his sales.

Mr. Wilson anticipated extra paperwork. He was unprepared for the shock he received last month while on a Zoom call with the Shellfish Association of Great Britain: Under European rules, imports of live mussels were permitted from outside the bloc only if harvested in waters deemed of highest quality. The Menai Strait fell short — and not because of European perfidy, but under Britain’s own classification system.

He was locked out of his sole market.

“It was like somebody had kneed you, unexpectedly, in the groin,” Mr. Wilson said.

A couple of hundred tons of mussels that would have previously fetched about 160,000 euros ($194,000) now lie in the muck, not worth harvesting. Mr. Wilson has furloughed three of his six workers.

Even those who can reach European markets have discovered that the promised bonfire of regulations is actually a burning hell of paperwork.

In the southwest of England, a few miles from the village that gave its name to Cheddar cheese, one cheesemaker, Lye Cross, anticipates spending an extra £125,000 ($173,000) a year to comply with the administrative requirements that have accompanied Brexit. A transaction that last year entailed seven steps, including paying and invoicing, now runs to 39, said Ben Hutchins, the company’s sales and marketing director.

During the first week of January, Hartington Creamery sent about 40 small packages of its Stilton cheese to Europe. Collectively, they were worth about £1,000 ($1,383) The courier affixed a post- Brexit surcharge of around £5 each, or about £200. Customs authorities in Europe rejected the shipments, primarily because they lacked required health certificates. Preparing such documents entailed hiring a veterinarian for about £180 per shipment.

Hartington refunded its customers, and paid the courier again to return the cheese to England.

“You feel pretty sick,” said Robert Gosling, the company’s majority shareholder. “When you’ve got it back, you have to throw it all away because it has taken five or six days to get there and come back.”

Before Brexit, a truck loaded with 25,000 liters of cream from a dairy plant in northern Wales could travel overnight and reach France by morning. Now, that same journey can take five days, complained Philip Langslow, director of County Milk Products.

The dairy must alert the authorities of the export at least 24 hours before departure, and must supply a weight — something it cannot know for sure until the tanker truck is loaded. If its weight differs from what is reported on the paperwork, the shipment may be rejected on arrival. Mr. Langslow’s company has cut its exports by half.

“Antigua is easier than Amsterdam,” he said of some export orders.

Before Brexit, Fashion Enter, an e-commerce business with a pair of factories in Britain, could place an order for high-quality thread made in Germany and receive it in perhaps five days.

A recent order took more than three weeks. It also incurred a handling charge of £44 pounds (more than $60) to cover the preparation of customs paperwork.

Without the thread, the company had to postpone work on a crucial order — 10,000 protective gowns for frontline medical workers at the National Health Service.

The thread supplier now imposes a minimum of £135 ($185) on orders from Britain, cognizant that a lower amount would require it to register to pay British value-added taxes, said Jenny Holloway, Fashion Enter’s chief executive officer.

Like many fashion businesses, her company aims to keep its inventory lean, allowing it to adapt to changing customer demands. But the new minimum order has forced the company to stock up more, lest it run out of something that it cannot quickly replenish.

“It’s going to tie up our cash,” Ms. Holloway said. “This is the new business that we find ourselves in.”

The auto industry is especially vulnerable, given that parts frequently cross and recross the Channel multiple times for specialized processing before landing in finished vehicles. Factories must now fill out paperwork delineating the origins of what they are sending.

Nearly two-thirds of small- and medium-sized manufacturing companies in England have suffered increased costs for imported components since Brexit took effect, according to a survey to be released on Monday by the South West Manufacturing Advisory Service.

In the industrial suburbs of Birmingham, a company called Brandauer presses sheets of metal into precision parts for cars and home appliances. The company recently developed a prototype for a British automaker that is developing an electric vehicle. It contracted with a factory in Switzerland, which is not an E.U. member, to handle a key piece of the work.

Before Brexit, Brandauer would have received the part back from Switzerland in a day or two. This time, crossing E.U. territory in both directions, it took more than three weeks.

“The route through from Switzerland to the U.K. is just jam packed with these problems,” said Rowan Crozier, Brandauer’s chief executive officer.

The Movement of Money

Though the trade deal struck between Britain and Europe averted tariffs on goods, it left exposed the bulk of the British economy — the service sector, and especially finance.

In recent decades, multinational banks and asset managers have clustered in London, turning the city into a global financial center rivaling New York. Brexit put that status in play. In exiting the European market, companies in Britain lost the right to handle transactions for clients in Europe. Many companies have already moved staff and investment to European capitals like Frankfurt, Dublin and Paris to ensure they could continue to handle business there.

“They have seen this car crash coming toward them in slow motion,” said William Wright, founder of New Financial, a research institution in London. “Most large firms and all national regulators and E.U. regulators have been working furiously on this for the past four-and-a-half years.”

The first day of trading in 2021 revealed one key change: In response to European requirements that investors inside the bloc trade stocks of publicly listed companies on European exchanges, shares worth 6 billion euros ($7.3 billion) shifted from London to markets on the continent.

European regulators will require, beginning next year, that derivatives priced in euros are settled inside the bloc — a business now dominated by London.

For one London-based brokerage firm, TP ICAP, Brexit and the pandemic have combined to stymie some of its operations.

Three years ago, the company set up a subsidiary in Paris to ensure that it could continue to do business on the continent after Brexit. By the beginning of the year, it had 230 brokers within the European Union, but 100 more were still required to move.

Last month, the company disclosed that its relocation plans had been delayed by the pandemic. The firm beseeched French regulators for extra time. The French said no, forcing TP ICAP to temporarily halt some transactions for European clients while it scrambled to get its people in position.

In the midst of the pandemic, Brexit has forced the company to move scores of employees and their families across a channel that suddenly seems wider.

Businesses across Britain are now contending with paralyzing confusion and unfamiliar bureaucratic hurdles. Paperwork snafus, customs horrors and other expensive disruptions are intensifying the strains on an economy that was already reeling from the pandemic.

On Friday, the Office of National Statistics announced that Britain’s economy contracted by nearly 10 percent last year, the worst plunge in centuries. Economists have anticipated a robust expansion later this year, as Britain’s vaccination campaign — among the world leaders — yields a return to normalcy, but Brexit-related mishaps are likely to limit the upside. 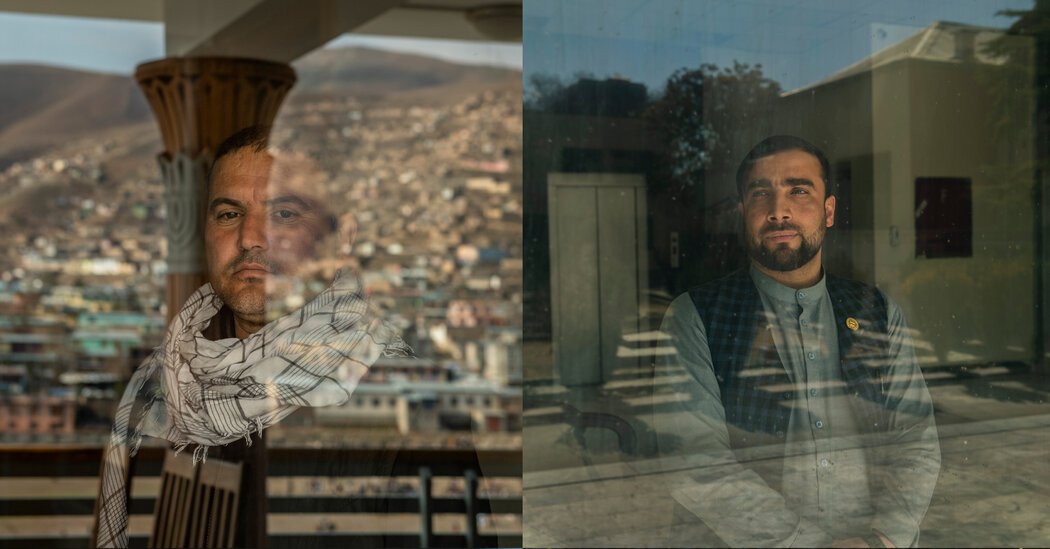