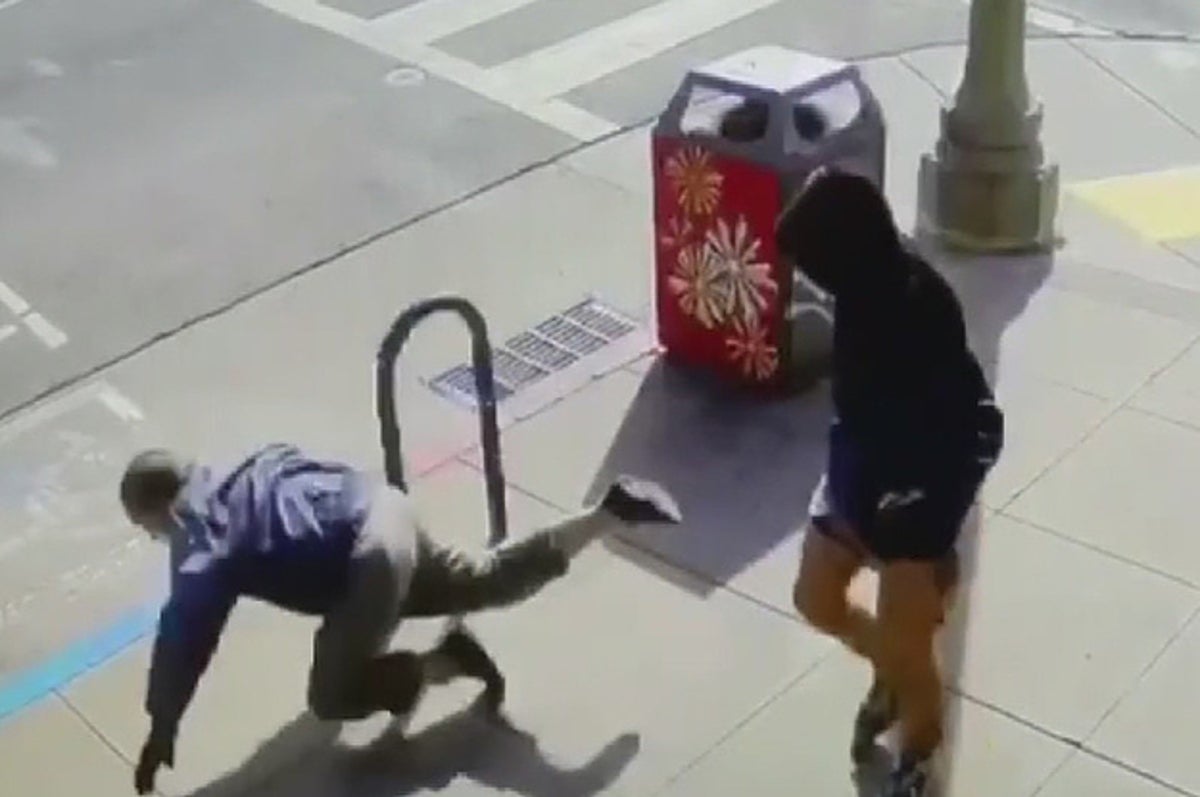 Police said that after the assault captured in viral security footage, the suspect attacked a 60-year-old man and 55-year-old woman by pushing them to the ground.

Police in California have arrested a man suspected of injuring three Asian Americans after security footage of an attack on a 91-year-old man in Oakland’s Chinatown went viral.

Yahya Muslim, 28, was charged Tuesday with assault, battery, and elder abuse according to documents obtained by CBS San Francisco. He also faces additional “special allegation” charges for violating the law while on bail.

The attacks occurred shortly after noon on Jan. 31. Police said that after the assault captured in the viral security video, Muslim went on to attack a 60-year-old man and 55-year-old woman by pushing them to the ground, causing the woman to lose consciousness.

Muslim was already in police custody for unrelated charges when he was arrested for the assaults. According to jail records, Muslim was placed under a psychiatric hold and treated at a hospital before being booked at the Santa Rita jail on Feb. 1.

“We must do more to help the literally thousands of Americans who have suffered at the hands of this absolutely senseless violence,” Kim said in a CBS interview Tuesday. “We must take a stand and say, ‘no more.'”

Attacks against Asian Americans have been on the rise across the country, with many placing the blame on former president Donald Trump’s racist rhetoric about the coronavirus, which he often referred to as “the China virus” or “Kung Flu.”

So, Uh, A Plastic Surgeon Logged Into Traffic Court Via Zoom While Operating On A Patient