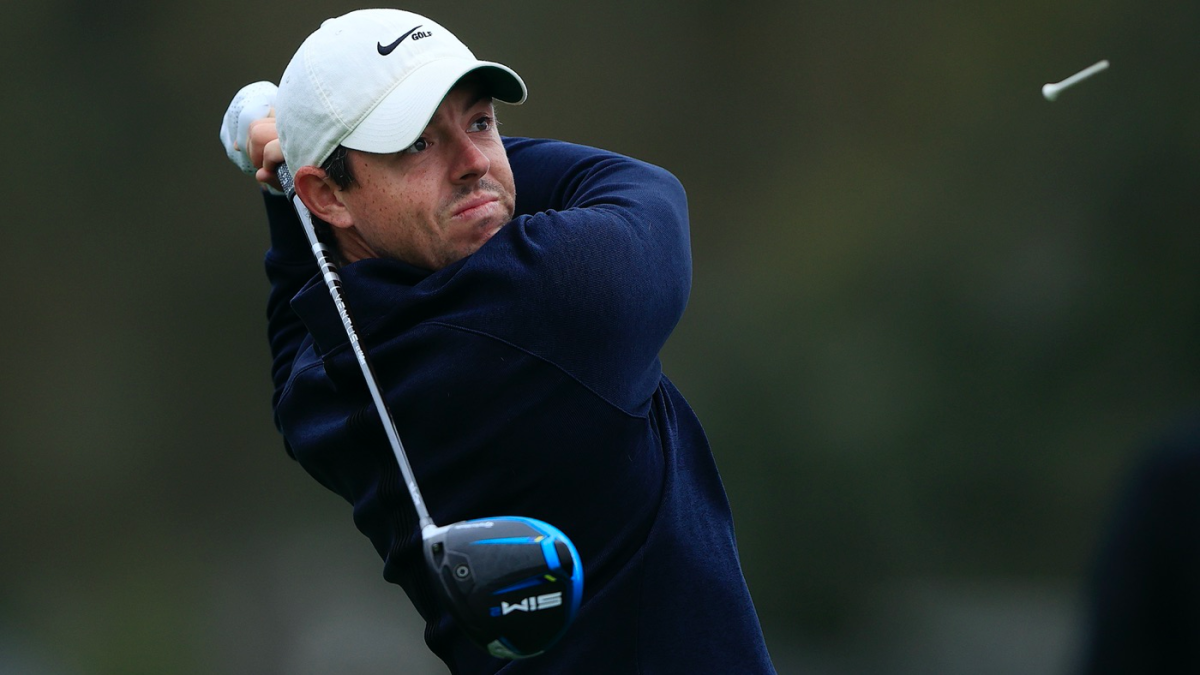 Bay Hill rarely disappoints, and Thursday’s first round of the 2021 Arnold Palmer Invitational was no different than it’s been for most of this century. A leaderboard that produced some hard-fought scores, huge superstars at the top and plenty of ejections (even for past champions) is both a good one and not an unusual one at Arnie’s tournament.

Rory McIlroy did what Rory McIlroy almost always does at Bay Hill. The four-time major winner fired a 66 in Round 1 to tie Corey Conners for the lead. McIlroy is second over the last decade in strokes gained on this course to only Tiger Woods, who has won eight times here. It was not a surprise to see Rory’s name on the board early and often, but how he did it was maybe a bit different (more on that below).

It’s a board rife with elite ball-strikers — McIlroy and Conners both fall into that class — and we’ll take a deeper dive on how some of the top players (and leaders) did over the first 18 holes at this tournament.

T1. Corey Conners, Rory McIlroy (-6): The pre-tournament favorite remains the same, even though his odds are much shorter now than they were a day ago. McIlroy had one stretch on his back nine where he birdied five straight holes, and watching it live, it felt like he was never going to make a par again. He did, but he finished in the top five in driving, iron play and putting on Thursday, which is insane.

It was an unusual putting round for him (his best ever at Bay Hill), but the iron play is the most encouraging thing. He said he saw the ball going through the right windows on Thursday, which means he might be slipping his right arm through a red cardigan on Sunday evening. Also, his comfort around Bay Hill with a lead should be disconcerting for the field.

“I’ve watched Tiger enough here over the years and the way he played this course was, he played it very conservatively, he took care of the par-5s, and that was usually good enough to get the job done,” McIlroy said. “So sort of take a little bit of a leaf out of his book.”

A bit of luck is in the air @APInv. ⛱@McIlroyRory drains a 55-footer with a smile. 😁#QuickHits pic.twitter.com/XtxEIOivzF

3. Bryson DeChambeau (-5): Speaking of playing well at Bay Hill, DeChambeau fits that category pretty well with a second and a fourth in the last three years. He was absolutely obliterating driver on Thursday and nearly doubled up the third-best player in the field in terms of strokes gained off the tee. It led to a great score even though he was so-so with the putter. The big hullabaloo around his first round was whether he would try and drive his tee shot over the lake on the par-5 6th hole. He didn’t, but he made birdie anyway and said after his round that he could have done it with a different driver.

“The crowds were great with it,” he said. “I pulled out an iron as a joke off the tee box. And for me it was just too much off of the right and more into the wind than anything. … But if it was one of my normal drivers at 2,000 spin I totally could have done it today, but if it’s more downwind I’ll be able to do it tomorrow, hopefully, or some time during the weekend.”

Update: Not today. But not a bad “lay up.” pic.twitter.com/7TR7RfGcXk

T4. Jason Kokrak, Ben An, Sebastian Munoz (-4): What a crowd here! It’s not really surprising that these three would play well, at least for a round. They’re all pretty strong off the tee (especially Kokrak) and solid from tee to green. On Thursday, they all putted out of their minds, which leads to a combined 12-under day when the average score was 1 over.

T7. Viktor Hovland, Victor Perez, Martin Laird, Lanto Griffin, Lee Westwood, Matthew Fitzpatrick, Sungjae Im, Keegan Bradley (-3): No huge surprises here, either, although it’s not every day you get two Vic(k)tors in the top seven of a leaderboard. Hovland is the one to keep an eye on out of this group. He’s been the best in the world from tee to green since 2021 started (slightly better than Dustin Johnson), and with six top 10s in his last seven starts, he was probably the hottest player coming into this tournament. He’s 9-1 to win, just behind McIlroy (3-1) and DeChambeau (9/2).

T15. Jordan Spieth, Tommy Fleetwood, Paul Casey, Jason Day (-2): I’m tossing Casey in here because he was my one-and-done pick, and he and Hovland were probably flying the most under the radar of anybody in the field who’s been playing well. Spieth was very Spieth-like on Thursday. Water ball on No. 6 (which should not be a bogey hole) an eagle on 16, putts rocking from all over the yard (he made four from 19 feet or longer). Here’s the good news out of it: He again hit his irons well. Ignore all the rest of it and focus on that, and if you can see a through line (and you definitely can!) then there’s hope for the future for him.